Thomas J Price will be speaking at “Portraiture, power and politics: art and the society of now” at the FT Weekend Festival on September 4; ftweekendfestival.com

I am trying to explain to a very tall, very beautiful agent who represents models the effect of seeing Thomas J Price’s Reaching Out, the sculpture now standing on the public art walk The Line in east London. What I am having difficulty articulating is the nature of disorientation; how the 9ft statue of a woman checking her phone appears both otherworldly and strangely familiar. “It’s probably because you’re so short,” she says patiently (I am 5ft 2in). “Tiny people walk around thinking the whole world is gigantic.”

The use of scale in Price’s sculptures is deliberately imposing. After studying at Chelsea College of Art, he completed his MA at the RCA in 2006 and began to interrogate the internal resistance cultivated by black men in order to survive external systems of oppression. Much of his work has played with the value system of monuments by placing black men in naturalistic poses while using the language of monumentalism to question the status inherent in public sculptures. In 2016, Price presented the Numen series – three large cast-aluminium heads raised to eye level on marble columns – at a solo exhibition at The Power Plant Contemporary Art Gallery in Toronto and as part of the annual London public art programme Sculpture in the City. A recent commission by Hackney Council will see Price honouring the Windrush generation with a 9ft bronze sculpture erected outside Hackney Town Hall.

Reaching Out is both a response to the black women he met at art talks who would express disappointment at the lack of black female visibility in public art, and an attempt to critique the sexualised female sculpture by replacing it with a figure that has the same vulnerability, openness and ambiguity as the male forms he creates.

The very tall, very beautiful agent is now explaining to me how the world looks to those who aren’t vertically challenged when I suddenly find the words I was searching for: “It felt like I was celebrating someone I already knew.”

The Kudos Project, by Charlene Prempeh, celebrates the work of emerging black innovators and creatives (see @vibecalledtech for more). 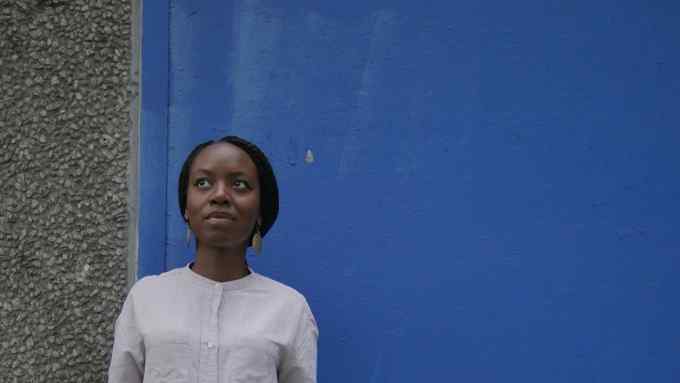