Ilaria Bonacossa, director of Turin’s Artissima art fair that opens its 25th edition this weekend, has created a new section for sonic art, “Sound”, with 15 galleries bringing works that are noisier than average.

But what exactly is “sound art” — as opposed to performance, film and other works that demand more than our eyes? Collector Patrizia Sandretto Re Rebaudengo, whose contemporary art foundation is also in Turin, distinguishes between sound art that has “no visual aids”, and works that are “installation pieces” with sound at their core. Her collection has both types of work, including “Your Hidden Sound” (2004) by the Rome-born sonic artist Micol Assaël, which is a recording of the flapping of a bird’s wings, nothing else.

Nicola Ricciardi is the co-curator of Sound (alongside Yann Chateigné Tytelman) and is artistic director of Turin’s Officine Grandi Riparazioni (OGR), an arts centre in a former train factory that hosts the section. He says that the works selected would be at home both in a museum, as visual art, and in a concert hall, as music. “Of course, we are also playing a bit with the boundaries,” Ricciardi adds.

Most of the 15 works in the OGR are installation-based, though there is a wide range. Amsterdam’s Ellen de Bruijne Projects and Berlin’s Isabella Bortolozzi gallery bring a work by the Turner-prize winner Susan Philipsz. Her “War Damaged Musical Instruments” (a project begun in 2015) creates an orchestra of old wind instruments. Each plays a different note through five speakers, creating a dissonant call to battle. It is the highest-priced work in the show, at €150,000. Other artists, such as Tomás Saraceno (Pinksummer gallery) and Charlemagne Palestine (Levy. Delval), are better known as multi-disciplinary artists, though focusing on sound is hardly a new departure for either.

There are also works that stretch the definition of “sound” by barely making a noise, such as Roberto Pugliese’s jugs filled with coloured liquid and underwater speakers, which are silent until activated (€18,000, Mazzoli gallery). A work by Turin’s Marzio Zorio also relies on passing visitors to make its sound, which they do by “writing” with a pointed bar across a magnetic tape of text that responds to the movement (“Biblioteca”, 2018, Raffaella De Chirico gallery, €40,000).

Sound works can be distracting, to say the least, so the separate venue not only provides industrial cool but gives the projects some freedom. It’s still a potentially unpleasant experience — Ricciardi talks about works “banging against each other”, while pieces such as Lili Reynaud-Dewar’s bed-installation, “Live Through That?!” (2014), promise three amplifiers of a “repetitive, enervating music”. There will be some soundproofed areas, Ricciardi says: Saraceno initially wanted to bring a work that was “very loud”, he adds, but they settled on his “Radio Galena” (2018, €25,000) which comes with headphones.

Collectors acknowledge the challenge, too, though on the whole sound pieces offer fewer complications than performance works. “It’s not like hanging two paintings next to each other, you have to isolate them. But that’s not so different from video works,” Re Rebaudengo says. She cites the seemingly silent work of John Cage, his notorious “4’33” (1952). “He said it all then. Silence doesn’t exist. The world and people will always make noise.” They certainly will in Turin this weekend. 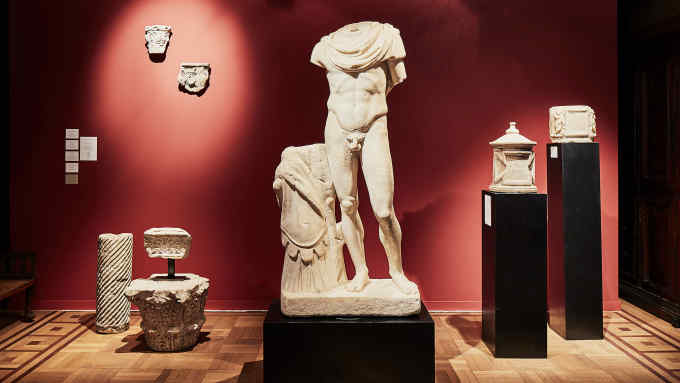