Patients and the pursuit of profit, the pioneering work of climate tech entrepreneurs, and the parallels between Silicon Valley and the Amazon rainforest: these are the business book ideas tackled by the three finalists in this year’s Bracken Bower Prize.

The award goes to the best business book proposal by an author aged under 35. The £15,000 prize was first awarded in 2014 and it has been a launch pad for many business books based on winning and shortlisted proposals.

The winner will be announced on December 5, at a ceremony in London where this year’s Financial Times Business Book of the Year Award will also be presented.

This year’s finalists are:

Victoria Berquist for The Unstoppable Rise of Private Capital in Public Health: How businesses can help or harm the future of healthcare

Âriel de Fauconberg for Before the Dawn: Racing to net zero on the front lines of climate innovation

Julia Marisa Sekula for Owning the Centre: Journeys from Silicon Valley to the Amazon rainforest

You can read excerpts of their proposals here.

Berquist is a doctor, adviser to public and private healthcare organisations across several geographies, and is completing a masters in public policy at Harvard University. De Fauconberg is a Gates Cambridge scholar and a PhD student in her penultimate year at the University of Cambridge, as well as co-founder and research director of the Good Data Initiative, a youth-led think-tank. Sekula is pursuing a joint MBA/MSc in nature co-design and climate-tech at Stanford University. 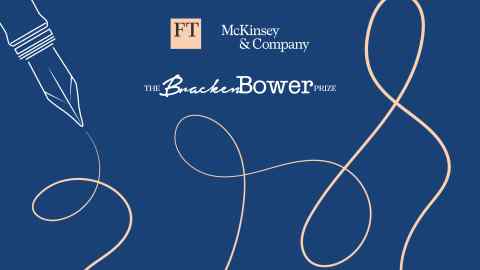 The finalists were chosen from a shortlist of 11 entries by a jury looking for a proposal that provided a compelling and enjoyable insight into future trends in business, economics, finance or management.

The judges of the 2022 prize, which is supported by the FT and McKinsey, are: Isabel Fernandez-Mateo, professor of strategy and entrepreneurship at London Business School; Katherine Garrett-Cox, chief executive of GIB Asset Management; Rik Ubhi, editorial director of Heligo Books; and Jonathan Hillman, author of The Digital Silk Road, based on his prizewinning proposal from 2019, about the battle between the US and China for control over the next generation of technology.

All the finalists will be invited to a masterclass with publishing industry representatives to discuss how to emulate the achievement of Hillman and other Bracken Bower entrants in bringing their proposals to the bookshelves.

Saadia Zahidi, the inaugural winner of the Bracken Bower Prize, saw Fifty Million Rising, a book based on her winning proposal, make the long list of the 2018 FT business book award. Meltdown, by Chris Clearfield and András Tilcsik, who won the Bracken Bower Prize in 2015, received Canada’s National Business Book Award in 2019. The 2018 winner Andrew Leon Hanna’s 25 Million Sparks, about the rise of entrepreneurs in refugee camps and cities, was published this year.

Last year’s winners of the Bracken Bower Prize were Ines Lee and Eileen Tipoe with their proposal for a book about the future of higher education, Failing the Class.

The Bracken Bower Prize is named after Brendan Bracken, former chair of the FT, and Marvin Bower, former managing director of McKinsey 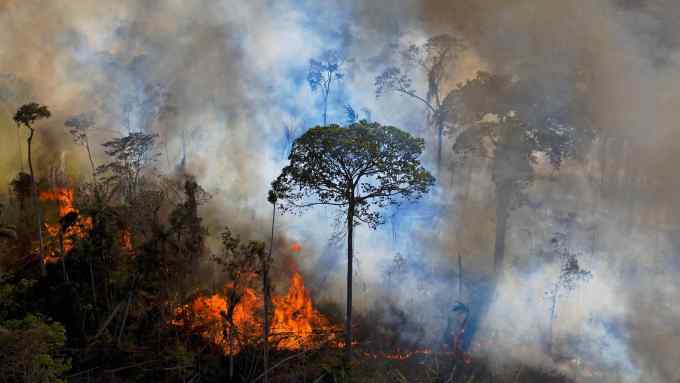