Which technologies will underpin the smart cities of the future?

Range, cost and speed will determine the best tools for each job

We’ll send you a myFT Daily Digest email rounding up the latest Seattle news every morning.

The world of dumb objects from rubbish bins to water pipes is about to become smart. We are on the brink of a communications revolution, with the potential impact almost as great as the introduction of mobile phones and the internet.

In the so-called smart cities of the future, urban infrastructure will be interconnected; networked devices will be everywhere, from buses and cars to streetlamps, all linked to networks via the internet of things (IoT). Roads themselves will be online. Water and power grids will have smart sensors. All this should make our urban spaces more efficient and convenient, less polluted, safer and more liveable.

Plenty of real-life examples already exist. Seattle has a real-time rain prediction system called “Rainwatch” which anticipates precipitation at neighbourhood level and sends out flood warnings. The City of London has recently begun a programme to connect thousands of street lights to a mesh network (where individual lights act as nodes). This means greater ease of operation and that the lights will eventually form part of a network of sensors that can detect factors such as pollution.

Many of the applications are surprising and hidden. “One IoT application is putting sensors in concrete which feed back when the concrete is set,” says William Newton, president and Emea managing director of WiredScore, a company that provides a rating system for commercial property connectivity. “This means you don’t need to leave a margin of error and you can put up buildings much faster. A lot of the internet of things will be small improvements like that.”

The choice of networks that power and enable this connectivity, says Mr Pearce, will depend on “use case” and market factors — ie who (or what) is using them and what business and commercial needs they answer. He adds: “We’re looking at heterogeneous networks, each of which has a sweet spot when you look at coverage, reliability security and efficiency.” It is a mistake, he explains, to think of 5G as just the next iteration of mobile rather than the future of communications more broadly.

For cities, this is likely to mean a mix of mobile, WiFi, fixed connectivity and other networks such as LoRa — a long-range, low-power wireless platform that is well suited to IoT networks. “In smart cities, no one solution meets all requirements,” says John Hicklin, an IoT expert at PA Consulting. Technological considerations such as range, cost, power consumption, bandwidth and latency (the delay in transferring data) will all inform which solutions are the most appropriate for any given task.

The backbone of all of this will be fibre, says Jeremy Chelot, chief executive of Community Fibre, a business providing internet connectivity to social housing in London.

“A single thread of fibre enables a torrent of data and will mean virtually unlimited capacity.” He points to the introduction of earlier communication networks such as landline phones as a guide to how things might play out: “If you look at the last hundred years, we rolled out copper cable to almost every premises. Fibre will eventually mean fibre to everything.”

It is the volume and speed this allows, he adds, that will make the greatest difference to our lives.

Some countries are already there. Singapore and South Korea have some of the world’s highest “fibre to the home” penetration. In the latter, it is possible to get home broadband with a speed of 2.5Gb per second. This is more than 50 times the UK average.

When it comes to building the networks to power smart cities, not everywhere is equal, though. “In the Middle East and Asia,” says Mr Hicklin, “cities are often being built from the ground up.” This has considerable advantages. Fibre can be laid everywhere without disruption to traffic and businesses. Moreover, the city builders can take a strategic overview of what is needed and existing legacy technologies do not need to be taken into account.

In developed-world cities, incorporating “smartness” tends to be more piecemeal; the organisations that look after rubbish collection, for instance, will not necessarily be linked to those who look after transport. There is also the challenge of having to fit new digital infrastructure around existing buildings, underground lines and sewers. A lot of this is hidden — older buildings often lack the space for the technology to ensure excellent WiFi and mobile coverage inside. Newer buildings can be designed to accommodate this.

For the developing world, the picture is different again. Here, cities are often going from very limited connectivity and networks to broadband and widespread mobile data coverage. They will be the ones that experience the greatest transformations — and may even be able to leapfrog the legacy technologies that in many cases hold back the developed world.

Rhymer Rigby is a freelance journalist 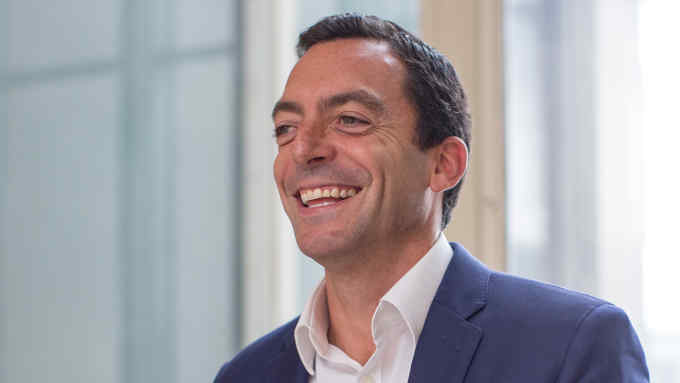 Global telcos are racing to be the first to take 5G mainstream – and national regulators have the power to sway who wins. ‘Smart’ cities edge ever closer as satellite and other technologies offer new ways to interconnect urban infrastructure. As space becomes more crowded, investors sniff opportunities for profit