In an age of mobile payments, the decision by Swedish “buy now pay later” group Klarna to launch its first physical card in the UK last month felt somewhat dated.

The pastel pink and black cards enable customers to make their purchases — but delay paying for 30 days.

It is the latest development in the buy-now-pay-later (BNPL) phenomenon that has swept the UK, marketing itself as a healthier alternative to other unsecured types of lending but fuelling debt concerns as living costs soar.

Klarna, which has 90mn customers across 17 countries and was valued at $46bn in an investment round backed by Japan’s SoftBank last year, has led the UK boom in the past few years.

But the field has grown ever more crowded. Digital banks Monzo and Revolut are trialling BNPL features, while challenger bank Virgin Money launched its instalment service late last year. In December, Barclays and Amazon announced the release of a BNPL feature called Instalments for purchases of £100 or more.

The Financial Conduct Authority has estimated that £2.7bn was spent through BNPL transactions in 2020. Researchers said the market had reached more than double that — £5.7bn — last year.

BNPL allows users to delay or split the cost of purchases without paying interest unless they miss payments; some providers have even done away with late payments or interest charges.

Virtually all sizeable clothing and footwear retailers now offer BNPL as a payment option on their websites. Klarna’s partners include JD Sports, Nike, H&M, Hotel Chocolat and Ray-Ban, for example. The service is also common in higher-ticket sectors such as homeware and electronics.

Retailers pay a commission to the BNPL provider just as they would an interchange fee to a credit card company. Some — Next and Very, for example — have launched copycat products, such as Next3Step.

But the rapid growth of and easy access to this source of finance has sparked concerns that it will encourage young and vulnerable consumers to spend more than they can afford, especially given a lack of credit checks.

It comes as a sharp rise in living costs starts to squeeze household incomes, with UK consumers already facing the highest inflation in 30 years and energy costs set to increase more steeply.

“Our research shows that many users do not realise they are taking on debt or consider the prospect of missing payments,” warned Rocio Concha, director of policy and advocacy at consumer rights group Which?.

In December 2020, the UK’s Advertising Standards Authority banned several of Klarna’s advertisements that “irresponsibly encouraged the use of credit to improve people’s mood”, and introduced guidelines requiring all providers to make clear that BNPL is a type of debt.

Klarna said it had actively and substantially changed its influencer and advertising policy and invested in KlarnaSense, a product designed to encourage responsible spending.

Other regulators are now scrutinising the sector. The Treasury launched a consultation into the BNPL market in October, which will set the scope for an FCA consultation this year.

Elsewhere, regulators have also hinted at a tougher stance. In December, the US Consumer Financial Protection Bureau ordered Klarna, US-based Affirm, Australian groups Afterpay and Zip, and PayPal to provide information on their business practices, citing concerns including the accumulation of debt and regulatory arbitrage.

BNPL providers argue that their service is less predatory than credit cards, which charge an average interest rate of more than 20 per cent per year, according to the Bank of England.

In October, Klarna made changes to its services in the UK ahead of an expected crackdown by regulators.

The company said it would introduce new wording to make it “absolutely clear” to customers they were being offered credit, with penalties for missed payments. It has also added a “pay now” option and tougher credit checks.

US & Canadian companies
Will Covid and Klarna kill the credit card?

The company has said that the vast majority of its transactions are spending on debit, rather than credit, cards.

In its submission to the Treasury, Klarna described BNPL as an “inherently lower-risk credit option”, while Alex Marsh, head of Klarna UK, said the consultation was “an important step forward in regulating BNPL, which we have long called for”.

UK-based BNPL Zilch said: “Unlike credit card models that monetise late fees and interest, our model only works if customers are able to repay on time.”

Antony Stephen, chief executive of Barclays Partner Finance, which last year launched a partnership with Amazon that allows the retailer’s UK customers to split payments of £100 over three to 48 months — but does charge interest — said: “We believe all consumer lending should be brought into regulation and be subject to the same rules.”

Still, charities and financial advisers are concerned by the risks posed to users.

The Centre for Financial Capability, a charity, found that almost a quarter of UK adults who had used BNPL services had failed to pay on time, rising to 35 per cent for people aged between 18 and 34.

“These figures reveal the truly shocking nature of this market that put already potentially vulnerable people at risk of problem debt,” said Carol Knight, a trustee at the charity. 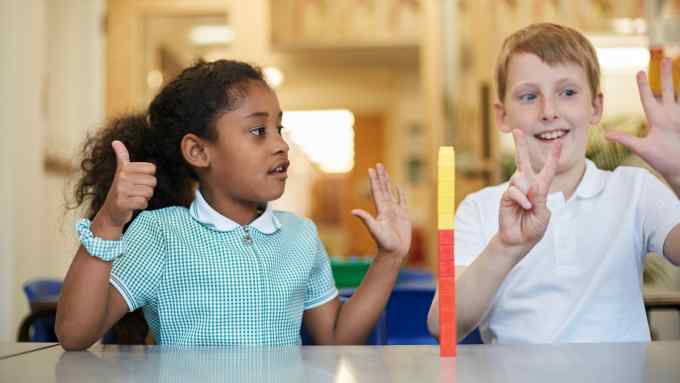