Is ‘Sex and the City’ still current? Abso-f***ing-lutely 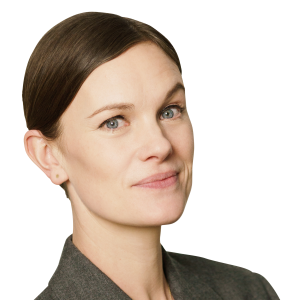 I loathed Sex and the City when it first aired in 1998. The girlish whining and neediness, the cultural myopia, the excessive introspection, the bizarre and peculiar dress codes (while the show’s central character Carrie Bradshaw, played by Sarah Jessica Parker, was always fashion-forward, her co-stars were only decked in designer threads in later series).

It was all a bit hateful. I found the show’s neurotic, spoilt thirtysomething cast unbearable. Their narcissism off the scale. Their taste in sexual partners baffling; if the Wall Street bachelors with their fat wallets and even fatter heads were an honest sample of what Manhattan has to offer, I would stay put.

Of course, I never missed an episode. Not a single one.

For a while I claimed SATC was a hate-watch, and dismissed it as an affront to the feministry. That the narrative could centre on a woman’s quest for a relationship, and the idea she might only be fulfilled by the love of a good — ideally wealthy — man, seemed depressingly retrograde.

But slowly the women seduced me. Or maybe I just grew up, and realised that for all their screeching selfishness, the characters were in fact some of the more cleverly drawn on screen. Over the seasons I came to forgive their flaws and fallibilities and started to like them — just as I came to believe Carrie’s Dior budget might somehow be plausible.

Mainly the show won me over because it was funny. And properly shocking. Sex was treated not with the coy, ladylike risqué and innuendo of tradition, but with rough-handled vigour: everything, from the politics of oral sex to the logistics of female orgasm.

An estimated 10.6m people tuned in to see the show’s finale in 2004, the culmination of a six-series adventure that climaxed with Carrie’s decision to stick with the mercurial Mr Big. It was one of the biggest audiences then claimed by the network channel HBO and its passing was sorely felt.

Not that it ever really passed. The true power of the SATC girl squad has only been realised in the show’s extraordinary durability. Twenty years later, SATC is just as widely available as ever, consumed, downloaded and endlessly repeated on television networks. It’s proliferated online via thousands of memes.

Which is weird, because as the story of four white heterosexual women in a world before Tinder, SATC would seem to occupy a cultural landscape now completely changed. The show was pre-crash, pre-Instagram and squeamishly naive to the diplomacy of inclusivity around the corner: its most diverse element was Miranda’s flame-red hair.

SATC should have slipped out of style. Yet its fans, many of whom were still wearing gym slips when the show first aired, have ensured it a shining afterlife. Twenty years on, the conservative Waspy Charlotte has today been rebranded on Instagram as #wokecharlotte, a prim interpreter for the new vocabulary of awareness; Samantha remains a pin-up of sexual emancipation, and Miranda is a late-onset lesbian who is running to be mayor. (Actually, Cynthia Nixon, the actress who played Miranda, is the one with gubernatorial ambitions but her intended candidacy was literally written into the show.) Carrie’s clothes, meanwhile, are accorded the same level of devotion as the Turin Shroud. The Instagram account @everyoutfitonsatc (with its half-million disciples) is an entire sub-genre of fashion history alone.

Over the years, the four women have been granted a collective maturity. And even while those regrettable attempts to update them for the big screen were hideously wide of the mark, the show has been assured new relevance and meaning by the SATC tribes online.

Even the show itself feels current. I watched dozens of episodes in the wake of its 20th anniversary last week, and still found them sweetly prescient. Once upon a time, Carrie got dumped by Post-it. Today she’d be ghosted. While the means of communication have changed, the themes and heartaches have stayed the same.

In blazing a trail for the modern single woman, the SATC girl squad inspired a squillion sororal imitations. In subsequent years everything from the twentysomethings of Lena Dunham’s Girls to the all-black Girls Trip has hinged its story on the four-lifelong-girlfriends format. Very few have been any good. This week’s most baffling yet curiously beguiling homage is Book Club (aka Sex and the City season 60), about septuagenarians spicing up their senior years via the pages of Fifty Shades of Grey. Yes. Really.

But most post-SATC dramas have been sub-SATC, flaccid with stereotyping, engorged with self-awareness and barren of nuance. Probably that’s because most of them have been written and directed by men, the kind of guns-for-hire who bang out whichever box-ticking chick flicks are considered most current. Most vehicles seeking to dramatise jollies with single women tend to reduce the cast to shrieking caricatures.

While the producer and showrunner of SATC were men, the original book was written by Candace Bushnell and its writers’ room was filled with women. The scripts were a finely tempered calibration of crude. Watched now, the SATC women seem surprisingly sophisticated. Their dramas more poignant.

Could it be that the reason SATC has been assured such crazy and lasting popularity, why it remains so cherished, is because it caught with reckless affection not only the base clichés of womanhood, but all the sticky human bits as well? As Big would say: “abso-f***ing-lutely.”

If you are a subscriber and would like to receive alerts when Jo’s articles are published, just click the button “add to myFT”, which appears at the top of this page beside the author’s name. Not a subscriber? Follow Jo on Twitter @jellison or email her at jo.ellison@ft.com