Concerns remain over lack of regulation, governance and equity

In South Kivu province in the conflict-torn Democratic Republic of Congo, technology is responding to the impact of sexual violence against women. To counter one of the ugliest forms of human behaviour, Logistimo, a Bangalore-based company, has helped secure steady supplies to thousands of women in rural clinics of a medicines pack to prevent pregnancies as well as HIV and other infections transmitted through rape.

Local staff upload basic data on the distribution of the “Prévention” kits to a cloud-based system that issues text message warnings when supplies are running low. As a result, the project overseen by Panzi Hospital has countered one of the most widespread and fundamental brakes on tackling disease in much of the world: the timely restocking of medical supplies.

It is one of a number of digital health applications, many developed by and for those in emerging economies, that can boost prevention, diagnosis and treatment of disease. But there are also practical hurdles, and hubristic claims for more high-tech solutions — including artificial intelligence — can prove a distraction while raising concerns over ethics, equity and evidence.

“There’s been a lot of hot air in the business with respect to AI,” says Anup Akkihal, head of Logistimo, which focuses on less sophisticated but more robust technology adapted to local limitations in order to improve healthcare supply chains in poorer nations. “Donors and aid agencies had a fear of missing out on the promise of AI, but have become more critical now because of data quality concerns.”

When the FT/Lancet Commission was launched last year to explore the potential, the pitfalls and the governance issues around digital health in lower income countries, these dilemmas were central to its agenda. In the past few months, the spread of the coronavirus pandemic has brought them into fresh focus. 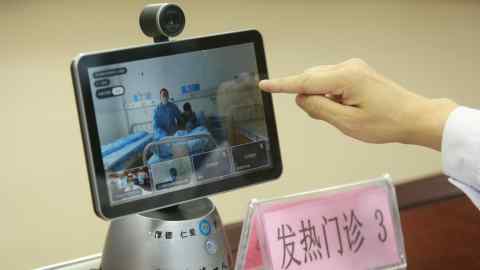 Covid-19 has highlighted the positives and negatives of digital healthcare and its impact around the world. With new treatments, diagnostics and vaccines slow to develop, the pandemic is a sobering reminder of the continued dominance of a disease control method unchanged since the Middle Ages: quarantine.

But technology is making a difference. The World Health Organization, Facebook and Gustav Praekelt, a South African software developer and philanthropist, are together combating misinformation by using WhatsApp to disseminate science-based data on the disease.

Asian countries from China to India have proved swifter than their richer peers in using smartphone ownership to track the movement of people to limit the spread of infection. The concern is that such applications, once embedded, could undermine privacy and human rights.

More broadly, the potential of digital technology to improve health outcomes is undeniable. Many lower tech applications are already well established, with Africa and Asia able to leapfrog tardy investments in fixed-line telecoms systems and rapidly develop mobile networks to reach the most rural, isolated and low-income families.

To narrow the enormous gap between richer and poorer parts of the world, some argue there is no alternative but to embrace higher-tech approaches. “Africa has 15 per cent of the world’s population and a quarter of the global health burden but only 3 per cent of healthcare workers and 1 per cent of healthcare expenditure,” says Sangu Delle, managing director of Ghana-based Africa Health Holdings, which invests in several companies exploring AI. “Technology has to be part of bridging the gap or it will be impossible to respond.”

At the most basic level, SMS text messaging has become widespread. Even rudimentary mobile phones with low bandwidth can transmit health prevention messages and nudges to patients to take medicines for conditions such as tuberculosis and HIV. Telemedicine connects isolated patients directly to specialists, easing access to medical care at relatively low cost.

Machine learning to identify patterns in “big data” may have a greater impact. In disease surveillance and forecasting, as during the coronavirus pandemic, satellite images and heat maps help measure economic activity. Online media reports, social media chatter and clinical reports flag up patterns to predict the spread of infections, and plan and track the impact of different policies.

In drug development, AI has scope to find patterns in the growing volumes of genetic data, the compound “libraries” of pharmaceutical companies and clinical trial results. In January Exscientia, a spinout from the University of Dundee, announced a first clinical trial resulting from AI, which identified a potential drug for obsessive compulsive disorder in just a few months.

Technology can also help accelerate testing of experimental medicines by more quickly recruiting those best suited for trials. Hence the growth in partnerships between drug developers, patient groups and providers of genetic tests such as 23andMe.

There has been a surge in projects exploring AI’s ability to more reliably interpret chest radiographs, retinal patterns and tomography readouts. The Novartis Foundation is working with Microsoft and the Fiocruz Institute in Brazil to collect and analyse digital photographs of skin lesions to help identify leprosy.

Kimetrica, a social enterprise backed by Unicef, is exploring face scanning as a less invasive and more reliable predictor of malnutrition in children aged under five than the traditional measurement of the circumference of the mid-upper arm. Meanwhile, services such as Ada are offering ways for patients in low income countries to enter symptoms online to identify diseases.

A final application of digital tools is the management, operation and financing of healthcare. Alongside supply chain services such as Logistimo, “digital wallets” such as MTiba and Mutti allow relatives to fund medical bills. That has sparked concerns because they prop up “out-of-pocket” payments that penalise the poor, rather than promoting fairer access for all. But such services have a beneficial side effect in the generation of large amounts of data on diagnoses and treatments prescribed, costs and patient outcomes. That offers a way for funders — whether individuals, donors or national health systems — to identify the best and most efficient providers.

Equity is one fundamental concern over technology and its expansion into developing countries with limited social safety nets. The gap between rich and poor is exacerbated by the “digital divide”. While network coverage and smartphone ownership is rising globally, Ann Aerts, who chairs the Broadband Commission set up by the International Telecommunications Union, cautions: “Half of the world is still unconnected and it’s the easier part that has been done. If we don’t connect the rest, even very well intended solutions cannot scale up.”

A second concern is over privacy and misuse of sensitive health information. Dubbed “data colonialism” by Nick Couldry from the London School of Economics, the commercialisation of data provided by users is fuelling a debate over confidentiality and ownership.

A third issue is reliability and safety. Big Tech is less regulated than Big Pharma, and typically quicker to make dubious claims. AI has raised concerns over biases in big data sets, which may generate unreliable findings in regions or among ethnic groups on whom less information has been collected. 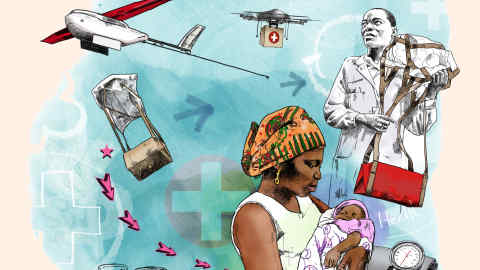 A recent review of AI analyses of medical images in the British Medical Journal, led by Myura Nagendran from Imperial College, highlighted other drawbacks including the small scale of most studies and the limited use of the “gold standard” of randomised controlled trials. “Many arguably exaggerated claims exist about equivalence with or superiority over clinicians, which presents a risk for patient safety and population health at the societal level,” the BMJ study concluded.

At a more practical level, competing technology providers also need consistent standards to ensure “interoperability” and access to the cloud. “There is a lot of variability with the infrastructure to support the exponentially growing amount of data coming out of the health sector,” cautions Jonathan Stambolis, head of Zenysis, a company that collects and harmonises data to help health systems in Africa and Asia.

None of these challenges is insurmountable, but they point to the need for clearer international guidelines, consistent regulation and tougher governance. As Delle argues: “Some tech start-ups just come in, operate and take consumer data. There’s a real gap, with a lot of regulators behind the curve on these innovations.” 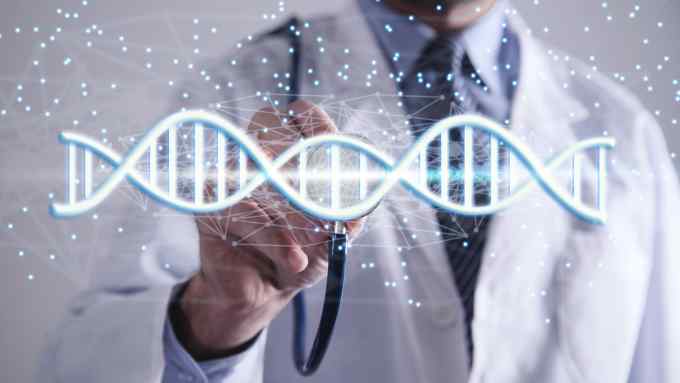