Mexicans make a strong showing, online and in real life

The absence of Art Basel Miami Beach in South Florida this year — another casualty of Covid-19 — is a blow to dealers from Latin America, who rely on the fair to boost their profits and profiles every December. Ten Mexican galleries will nonetheless be making their presence felt in the online viewing rooms (OVR: Miami Beach), offering works across the digital platform.

In a canny move, this virtual selling space will be complemented by an “in-person” art viewing experience in Mexico City. The same group of galleries is participating in Basel Miami Selections, an invitation-only event for collectors and patrons at Casa Versalles (December 2-6), an ornate early 20th-century venue located in the central Colonia Juárez district of the capital, where each dealer will occupy a room of the historic venue.

“It is not compulsory to show only what is in the online viewing rooms, but the strategy is to show most of the works seen online. That’s why we call it ‘selections of Art Basel Miami Beach,’” says Mónica Manzutto, co-founder of Mexico City’s Kurimanzutto gallery, who spearheaded the initiative with her husband, José Kuri. “We thought it would be a good idea to create a project that would benefit the art scene in Mexico.”

The venture makes sense. Art Basel Miami Beach launched in 2002 with an eye firmly on the Latin American market, branding itself as the gateway to the south. “Miami basically is the de facto capital of Central and South America; through business ties to the city, you see so many people here [from those regions],” Noah Horowitz, Art Basel’s director Americas, told the website Artsy.

Basel Miami Selections is an intriguing model for gallery collaboration that might prove useful in the absence of art fairs during the pandemic. “I believe Basel Miami Selections is incredibly important because at a moment when innovation is most required, along comes this project that proposes a shift from usual art fair practices,” says participant Francisco Borrego Vergara, director of Curro. The gallery will show works online and at the Casa by Mexican artist Claudia Peña Salinas focused on pre-Hispanic cultures in Mexico (prices range from $5,000 to $25,000).

“After almost a year of living and working through this pandemic, it’s very clear that it will be a while until our [art] fair schedules can go back to what they were. So it’s important to find ways in which we can experience art beyond just our gallery walls — more as part of a bigger picture and within new collaborative structures,” says another participating gallerist, Agustina Ferreyra.

“One way of doing this is by generating intimate and regional events in each of our cities that bring together artists, galleries, museums and other art professionals without getting on a plane. In that sense, it benefits all of us,” adds Ferreyra, who is showing works by Ad Minoliti of Argentina and Canada-born Zadie Xa in the Nova section of OVR: Miami Beach and at the Casa Versalles (prices range between $20,000 and $30,000).

Another gallery taking part is Labor, whose founder, Pamela Echeverria, is showing works by Roger White, Héctor Zamora and Pedro Reyes priced between $5,000 and $70,000. She believes the local art community as a whole benefits from the project. “All the galleries are donating 10 per cent of their sales [across both digital and physical platforms] to both Museo Tamayo de Arte Contemporáneo and Museo de Arte Carrillo Gil, which were already in terrible shape even before the pandemic,” she says.

Both contemporary art institutions, which are primarily state funded, are grateful for the lifeline. “The museum remained closed for six months with severe budgetary cuts that obliged us to cancel parts of our programme, reschedule others, and improvise. It’s been very sad to see some of our shows go but it’s also been really stimulating to have to reinvent ourselves,” says Magalí Arriola, director of the Museo Tamayo. Its latest show, Otrxs Mundxs (until February 28), partially funded by patrons, features artists working in Mexico City.

Prior to the pandemic, Mexico City popped up on numerous “art hotspot” lists, with culture commentators citing the metropolis’s vast array of museums, from the Museo Frida Kahlo at Casa Azul to MUAC (Museo Universitario de Arte Contemporáneo), and a burgeoning commercial gallery sector that has bubbled up in the past two decades. “There have been moments with political stability and without, but above all Mexico City is a city of possibilities — we live it fully. I believe that is why it’s so attractive for artists,” says Manzutto.

“The emergence of the Jumex Collection, and its [accompanying] museum, and the [private] Isabel and Agustín Coppel collection, have been pivotal, along with a growing number of very interesting and well-informed private collectors,” Manzutto adds. Zona Maco art fair, launched in 2002, has also played a fundamental role in bolstering the local market, she says.

Diego del Valle Ríos, editor-in-chief of the Mexico City-based contemporary art magazine Terremoto, shines a light on how artists operate within the city’s ecosystem. “There is a shared economy [in Mexico City] between artists who help each other with their productions and who have working relationships in the form of freelance [work] or collaborations through exchange or barter. Money that stimulates these economies usually comes from national and international grants or international institutional commissions,” he says.

The pandemic has hammered the economy, which has contracted sharply. According to the IMF, Mexico’s GDP is set to fall 9 per cent this year (Brazil’s is projected to drop 5.8 per cent while the UK’s is expected take a hit of 9.8 per cent).

“Based on these projections, employment, income, and poverty [in Mexico] will take several years to return to pre-pandemic levels,” says an IMF statement. One of the most obvious consequences is the weakening of the public cultural sector due to the poor handling of the crisis by the government, says Valle Ríos. However, the Mexican economy is showing signs of bouncing back, growing 12 per cent during the third quarter this year.

“Things are starting to stabilise, and the economy is opening up like in the rest of the world. One of the biggest issues for all galleries is not just that it’s been a rough year financially, but also the fact that everything has become so flat,” says Ferreyra. “We are either scrolling through Instagram, or browsing an online viewing room for some fair, but the social and physical aspects of our job are tremendously important for business.”

Basel Miami Selections means the scene will tick along for now. Manzutto meanwhile sums up why it matters: “We just wanted to come together as a community that supports each other.” 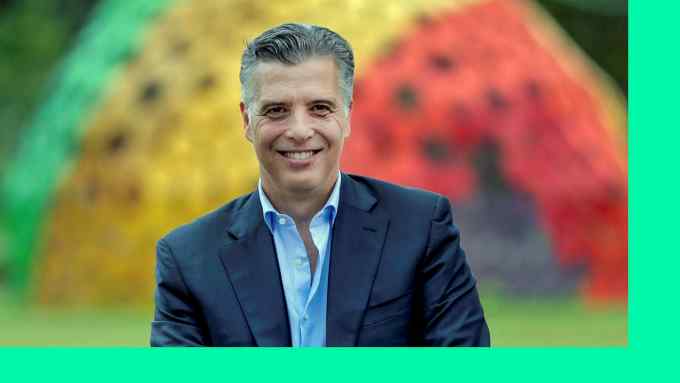