Accept & continue
Manage cookies
How To Spend It Gadgets

Introducing a two-way audio security camera, an app-operated smoke alarm and a doorbell you can answer from abroad

I am not sure how appropriate it is to describe an air-pollution monitor as “deluxe”, but this, from the Norwegian brand Airthings, is certainly a cut above in terms of sophistication. Along with volatile organic compounds (VOCs) and excess CO2, it sniffs out radon gas, which is suspected by Cancer Research UK of being responsible for the alarming increase in the number of lung cancer cases among non-smokers.

Radon is a colourless, odourless radioactive gas formed by the radioactive decay of the uranium that occurs naturally in rocks and soils. Airthings Wave Plus works with your smartphone to detect indoor radon levels, which are said to be above the danger level in a small but significant proportion of homes, as well as offices and schools.

One thing the Wave Plus doesn’t look for is dust and particulates, which other devices I have reviewed here, such as the Foobot and the Awair, rather major on. Airthings says radon, VOCs and CO2 are more important indoor pollutants than particulates, which are more prevalent outside.

The ergonomics of the Wave Plus are clever; not only is there the usual app to check into and phone notifications on bad pollutant levels, but you can also just wave a hand by the device and it will light up green (or yellow or red) to show that the air quality is good (or not).

Far more stuff gets delivered to our homes these days than ever before. And inevitably, the ring on the doorbell always comes while we’re at work. Cue all the hassle of organising redelivery or picking up packages from the post office or a not-so-local collection depot.

What we all need, then, is a doorbell with, well, rather more metaphorical bells on. And this, from EZViz, a Chinese company getting big in doorbells, is one. The EZViz DP1 is a smart door viewer that combines the functions of a traditional peephole, a video camera, a bell-push and a chime.

How To Spend It
Top tech for the go-anywhere office 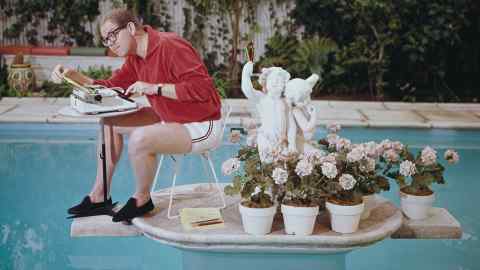 A Consumer Electronics Show 2018 Innovation Awards honoree, no less, the DP1 has a 4.3in LCD touchscreen that is mounted inside the door and a 124-degree HD wide-angle lens in the peephole, allowing you to see clearly on the screen who’s at the door.

All of which is great, but the best bit is that even if you’re not in, your phone will alert you that someone’s ringing the bell and you can talk to them directly – so if it’s a parcel courier, you can tell them the safest place to leave the package. There’s also a smartphone alert when the device detects someone at your door, even if they haven’t rung – it has night vision too. A ringing endorsement from moi. Professional installation is probably needed, but it’s not actually too hard.

This, from the ever-clever Netatmo, is the most comprehensively smart smoke alarm I have seen. Before you even get into its connected capabilities, nota bene its main advantage: up to 10 years of battery life. If you install a Netatmo Smart Smoke Alarm now, your iPhone 20-ish will be sending you a notification in 2029 that it’s had enough. If, in the meanwhile, you do burn the toast and the 85-decibel alarm sounds, don’t worry about getting up on a chair to fan smoke away from it – the alarm can be muted from its phone app. Your phone will also tell you if it has detected smoke and in which room (assuming you have multiple alarms), even if you’re thousands of miles away. And if, like me, you get paranoid if you’ve not heard from your smoke alarm while you are away, you can even test from afar that it’s in working order.

Arlo’s home-security cameras have an awesome reputation. I still have stickers around the house from Arlo’s first iteration, proclaiming, “You may not see Arlo, but Arlo sees you.”

Like the original Arlo, the third-generation Pro 3 cameras are fully wireless with up to six months’ battery life. Pro 3 has much higher definition – 2K – meaning there are enough pixels to zoom in on faces. There’s now colour night vision, aided by a new spotlight that makes faces recognisable from, in my test, as far as seven metres. And audio is now two-way, so you can both hear your burglar and make your voice heard to them. You can also receive video news flashes on your Apple Watch.

Subscribe to Arlo’s cloud and other goodies are thrown in, such as the ability to detect the difference between the movement of a car, an animal or a human. Watch out too for Arlo’s £180 video doorbell, which integrates with the system but is wired. Oh, and if you want 4K, you can spend a bit more for the Arlo Ultra. Not necessary, I’d say.

In search of a security camera last summer, I tried one by a US brand, costing more than £300 with its base station. It didn’t work. Then the company said it had solved the problems, and would I like to try the updated version? I spent two hours with customer support, and it still didn’t work. 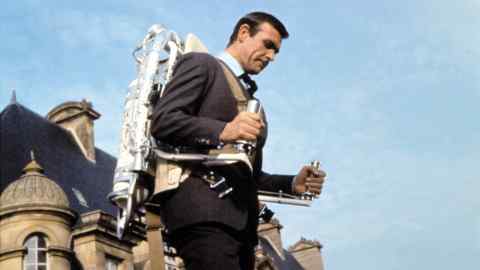 Next stop, the Smartech store-within-a-store in Selfridges, a new happy hunting ground for gadget lovers, where I came across this camera from Yi, a Chinese company I hadn’t heard of. Not only is it simpler – no clunky base station – but it has a motorised head that you can pan and tilt remotely, and the ability to give complete 360-degree coverage when not in use. It’s also less than a third of the price than most competitor models.

The Yi has been an absolute triumph. Installation was a joy – 10 minutes or less – and it’s been flawless in operation. A brilliant product, with thoughtful tweaks such as being able to reduce the sensitivity of the motion sensor, so you don’t get too many alerts when you’re asleep in one time zone and the cat’s on the prowl in another.