In June this year, the Hong Kong stock exchange unveiled a new exchange traded fund that offered investors direct exposure to an asset in mainland China. And the asset in question was another ETF.

The Hong Kong product invests directly in an equivalent product listed on the Shanghai stock exchange, taking advantage of a so-called “cross-listing” structure to invest in stocks related to China’s photovoltaic sector — which focuses on the conversion of light to energy.

The fund’s launch, which Hong Kong Exchanges and Clearing’s chief executive Nicolas Aguzin called “an important step forward in the development of cross-border ETFs”, forms part of a much wider expansion of Hong Kong’s role in mainland financial markets that has given investors in the territory increased access to China’s tightly controlled stock and bond markets.

It also reflects rising enthusiasm among investors for tapping into exchange traded funds in mainland China, where so far this year 155 new products have already been issued — far surpassing a total of 104 in the entirety of 2020.

“The mainland ETF market has been one of the fastest growing in terms of assets in the past five years,” says Chris Pigott, head of Hong Kong ETF services at investment bank Brothers Brown Harriman. “There continues to be an outsized interest from investors.”

A recent survey from the bank found that 92 per cent of mainland investors expect to increase their ETF allocation in the next year, and the vast majority also expect to increase exposure to thematic ETFs — funds that consist of holdings built around a particular sectoral or investment theme, such as robotics or assets likely to benefit from inflation.

ETFs’ low costs have helped them gain a prominent role in markets with highly developed fund industries, such as the US. However, they are still an incipient force in China, which is still in the process of developing its own investment sector and where mutual funds operating alongside ETFs are growing rapidly from a low base.

The first mainland China ETF was launched as long ago as 2004, but growth has gathered pace more recently. Total assets under management are now at around $170bn, compared to just $30bn five years ago, BBH data shows — with issuance dominated by domestic asset managers. State Street, one of the world’s largest issuers of ETFs, does not have any products in mainland China, though it is active in Hong Kong. 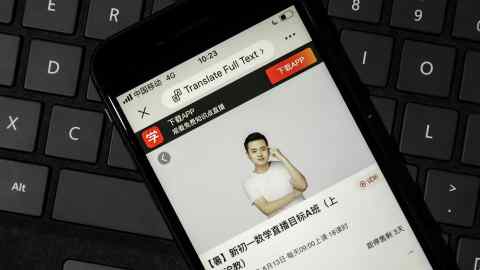 In a report in June, JPMorgan analysts suggested there was a “lot of growth potential ahead for onshore China ETFs”. They highlighted latent demand for thematic ETFs, small-cap ETFs, leveraged ETFs — of which there are currently none — and ETFs tracking overseas assets.

However, one challenge for ETF providers in China is the popularity of active management in a stock market notorious for its volatility.

Recently, a crackdown by the Beijing authorities on China’s tech industry, which includes many of the country’s biggest companies, has hit equity prices on the mainland and in Hong Kong, and left investors braced for future interventions.

But Brian Roberts, head of exchange traded products at HKEX, the exchange operator, says that in periods of volatility investors will look at ETFs — which can be more quickly bought and sold than mutual funds — as an opportunity. “ETFs have generally served as what I would consider liquidity buffers or volatility absorbers,” he says. “They look at it as: the underlying securities are on sale and, with the longer-term perspective, they’ll rebound”.

China’s quotas for investments flowing in and out of the country mean that many investors gain exposure to domestic assets through ETFs listed elsewhere, as well as those tracking the Hong Kong-listed stocks of major Chinese companies. Hong Kong’s total ETF assets under management stood at over $50bn in May, well below the mainland total but at their highest level ever, according to HKEX.

Johnson says most international investors are getting China exposure “within more broadly diversified funds, most notably within ETFs underpinned by the MSCI emerging markets index” — though he adds that China has “grown in prominence within that portfolio”.

China’s financial liberalisation has come alongside rising geopolitical tensions with the US, despite a major push from some of the biggest American financial firms to expand in the country. State Street’s Tracker Fund in Hong Kong, which follows the territory’s Hang Seng index, has had to grapple with a new executive order preventing Americans from investing in some Chinese companies and recently confirmed US citizens will not be able to buy the fund from June next year onwards.

However, there are signs elsewhere of collaboration within the world of ETFs, reflecting wider trends in the financial industry. As well as cross-listings of ETFs on Hong Kong and mainland exchanges, Chinese asset managers are also acting as advisers to overseas ETFs. China Asset Management, one of the country’s biggest managers, is involved in several funds operated by fellow investment manager VanEck in the US with China exposure.

“I think there continues to be demand outside of Asia for China strategies,” says Pigott, “and, as a result of that, the Chinese asset managers obviously have a lot of subject matter expertise there that they can deploy to manage those strategies”. 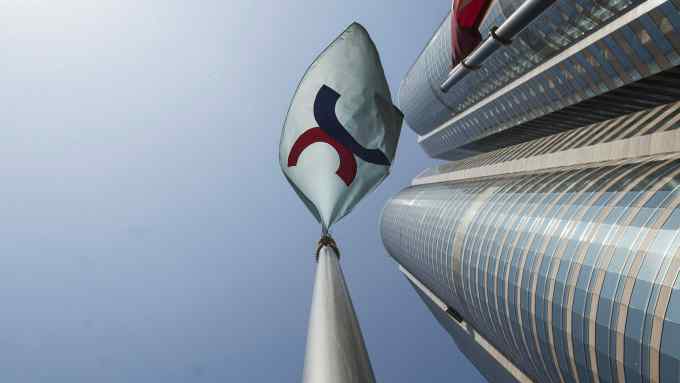