Law firms chase a piece of the crypto action

When Scott Thiel first tried to talk to colleagues and contacts about digital tokenisation almost three years ago, he says it was like “shouting into a hurricane”. The DLA Piper lawyer had spent days holed up in a Hong Kong attic writing a paper on the implications of digital proofs of ownership for virtual or physical assets.

But many potential clients were still wary after the so-called crypto winter of 2018, when cryptocurrencies fell in value dramatically.

Now, that audience has suddenly started listening. Cryptocurrencies have taken off — bitcoin’s value has jumped 400 per cent in the past year. And interest in non-fungible tokens (NFTs) — a digital token or digital collectible — exploded this year after an NFT representing a digital work by artist Beeple sold for $69.3m in an online auction at Christie’s in March.

It later emerged that the buyer owns an NFT fund and already owns Beeple’s work, so the figure may not ultimately represent the true value of NFTs. However, an NFT for the first ever tweet was sold for $2.9m by Twitter co-founder Jack Dorsey, while an NFT for a gif of a flying cat sold for more than $500,000.

In essence, non-fungible tokens are lines of code, letters and numbers saved on the blockchain: an immutable register on a network of computers and also the digital ledger underpinning cryptocurrencies. When artists sell an NFT, they do not sell the underlying artwork and they retain intellectual property rights to their work. NFTs are similar to certificates of ownership but, importantly, are not actually attached to an underlying physical asset, or legally binding.

Still, the scope for digital tokenisation, more generally, is wide. Thiel — who studied law and computer science at the University of Melbourne and has spent most of his career as a technology lawyer — says it is also possible to issue a token that is backed by a physical asset, such as a painting, property or wine collection. This conveys ownership of the asset and turns that asset into something that can be digitised, traded and put on the blockchain.

DLA Piper and its Aldersgate subsidiary, which sets up and runs new businesses outside traditional legal services, has built a blockchain-based tokenisation engine. Called Toko, it allows companies to create fractions of any asset and issue security tokens that can be traded.

This type of token could help asset owners tap into new sources of funding and reach a wider group of potential investors, argues Thiel. It could also improve the liquidity of certain assets — such as a wine collection — that cannot easily be traded on an electronic exchange.

Last November, Toko’s first project was tokenising a piece of fine art commissioned and purchased by a group of Thiel’s Hong Kong partners at DLA Piper, as an unregulated security offering. 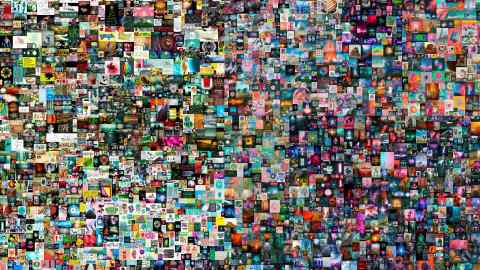 The painting by Chinese artist Wang Xiaobo, depicts a white horse grazing in a meadow with vivid orange flowers. The painting was divided into 16 squares, with one digital token created for each square. Each tokenholder has a one-sixteenth image of the painting on the token and also has paid for and owns the same fraction of the painting.

Toko can handle NFTs (backed by virtual assets such as a video clip) as well as digital tokens that represent fractions of a physical asset, such as a building or painting or intellectual property rights. “This is where it becomes exciting — we say to clients, what do you want to do?” Thiel says.

In theory, investors will gain access to assets previously unavailable to them, and asset owners will be able to create unique product structures. A real estate owner, for example, could fractionalise an iconic building — usually an illiquid asset — into 100,000 digital tokens representing parts of the building, and the tokens could be sold and traded by investors.

However, potential users, including clients, have to be aware of the many compliance risks around digital token issuance. Anyone dealing with digital tokens must understand their status under US securities law, for instance. The crypto world is so new that it is unclear whether an individual token or NFT would have the characteristics of an investment contract, meaning it would be regulated under US law.

With so much hype surrounding NFTs and digital tokenisation, investors may be wary of a bubble and a clampdown by global regulators. Allen Huang, associate professor of accounting at Hong Kong University of Science and Technology, warns that NFTs and digital tokens give rise to legal ambiguities. One question is which country taxes are payable in when an asset is held virtually on the internet.

“There are also regulatory issues about how to stop people using NFTs for money laundering,” Huang says. “And there are issues around blockchain, especially some of the newer ones: what happens if you have an NFT held on one particular blockchain and that blockchain becomes defunct after a few years?”

This is where law firms could have an advantage over tech company rivals, because they can ensure the tokens are legally compliant and give investors confidence. Indeed, Thiel says clients are reassured that a law firm is involved. “It’s a complex legal environment, but tech companies want to build something as quickly as they can,” he says. 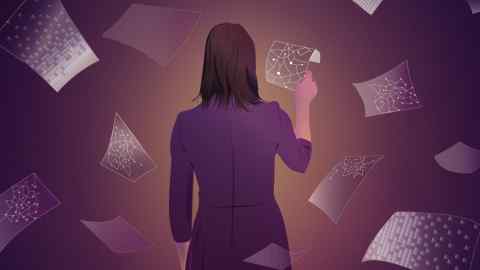 Huang agrees that it gives investors a degree of reassurance when professional advisers move into this market: “Investors are definitely more comfortable with traditional players stepping in and with law firms or big accountants playing a clarifying role.”

He notes that law firms have become more innovative in recent years in areas such as smart contracts and are hiring people with legal and programming knowledge. “[Law firms] also realise that these companies are now becoming big businesses — as well as potential clients — and they cannot simply ignore them and stay stuck in the 20th century.”

That “trusted adviser” role may come under increasing scrutiny, as the rush for NFTs and digital tokens shows little sign of slowing. High valuations of tokens lead some to believe the market has become a bubble. In March, a work by UK street artist Banksy was burnt and destroyed in a video streamed on social media. An NFT representing the video was then sold for $380,000. The original work — titled, ironically, “Morons” — depicted an auction at Christie’s.

“Does it mean NFTs are a bubble? I think it does, but it does not mean NFTs have no value,” Huang says. “In the future, I see artists or musicians using NFTs to . . . allow people who buy NFTs to attend special talks or get exclusive access to a music gig or videos.

“Before this type of technology, it was difficult [for artists] to know who held their artwork or who were their biggest supporters.”