If you think the same, join us
Luxury goods

More than a dozen of the UK’s largest retail and luxury brands have warned that £1bn will be lost in investment following the Treasury’s decision to abolish tax-free shopping for international visitors.

Companies such as Heathrow, Selfridges, Harrods, Burberry, Paul Smith and Value Retail, which owns the Bicester Village outlet centre in Oxfordshire, have warned that the decision could cost billions of pounds in spending from overseas tourists.

Visitors outside the EU had been able to claim a refund on the VAT on items bought in the UK and taken home, but this will be abolished at the start of next year.

As a result, many tourist-focused companies said that they will need to rethink their own investment plans, including store expansions and refurbishments, jobs and new stores, warehouses and other production because of lower demand.

Retail groups have held meetings with officials in Downing Street and the Treasury in recent weeks, according to one person close to the talks, where the risk to future investment was raised. Executives at 17 luxury and retail companies have provided estimates over capital expenditure totalling £1bn for periods between 18 months to five years.

“Most of the businesses have privately shared information with the Treasury in meetings and warned that this will be the outcome if the policy is introduced,” the person said.

“Duty-free is a high volume business so refurbishments generally take place more frequently than in other parts of the retail sector.”

John Holland-Kaye, chief executive at Heathrow airport, said that it was “being forced to rethink our investment decisions in part driven by the forecasted reduced visitor numbers from the removal of tax-free shopping and the loss of billions of pounds of consumer spend in the UK”.

Other companies that have warned over the potential hit to their capital expenditure plans include Mulberry, Hermes, Longchamp, Jimmy Choo, Chanel and Church’s, while organisations such as the British Retail Consortium, luxury goods advocacy group Walpole and the New West End Company have also lobbied the Treasury over the change. 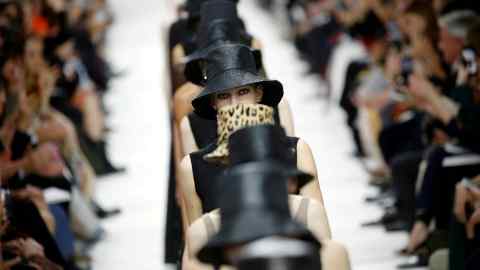 Anne Pitcher, managing director at Selfridges Group, said: “The Treasury’s decision to end tax-free shopping from January 2021 will have a substantial impact on tourism spend. We have a duty as a business to take into consideration the effect this will have in the coming years as we make long-term plans on where it makes most sense for us to invest.”

Retailers have complained the decision to abolish a VAT refund that allows tourists to buy British goods at a discount will mean that visitors will spend their money elsewhere in Europe where the VAT rebate has been extended.

James Lambert, deputy chairman at Value Retail, said that the VAT rebate was a strong incentive for international visitors “and imposing a 20 per cent tax would encourage them to choose France or Italy over the UK”.

He added: “This would cause significant damage to the UK’s economy, hurting British brands and businesses, as well as capital investment, whilst handing a competitive advantage to our European neighbours.”

William Bain, trade policy adviser at the British Retail Consortium, said: “The Treasury has overestimated the cost of extending the scheme to the EU, and severely underestimated the risks associated with scrapping it altogether.”

Gerry Murphy, chairman at Burberry, said that “even if they come to the UK, the likely outcome is that high-spending international visitors will choose to shop elsewhere in Europe”.

A Treasury spokesperson said that tax-free shopping would still be available in store when goods are posted to overseas addresses, adding:

“We do not recognise these figures. Around 92 per cent of visitors to the UK don’t use the VAT Retail Export Scheme.”