The world will pay a necessary but “hefty price” for taking a stance against Russia’s invasion of Ukraine, the OECD said on Wednesday as it urged governments to ensure that the burden is shared fairly.

The Paris-based international organisation said the conflict would lead to lower growth and higher inflation as it urged its members to protect the poorest households within their countries and guarantee grain supplies for the countries most affected by the war in Ukraine.

The OECD represents the majority of the world’s advanced economies and its call to action came as it published much weaker economic forecasts, with large cuts to expectations of growth and big increases in expected inflation across rich countries.

Laurence Boone, chief economist of the OECD, said: “There is a price [of Russia’s invasion] and the questions for policymakers are, how high is the price, and how should it be shared.”

“If you don’t share it well, the price will be higher,” Boone added, highlighting the potential political fallout from famine in food-importing countries and polarisation in rich countries, if those on low incomes bore the burden of Moscow’s actions.

Food prices have surged as Russia has “weaponised” supplies, prompting several countries to introduce export bans to safeguard their stocks for their citizens.

“We have not been very good with [sharing Covid-19] vaccines and I hope we will be better this time,” Boone said.

The report was published a day after the World Bank warned of a rise in extreme poverty among the poorest in the world and increased chances of a debt crisis in low- and middle-income countries.

The OECD lowered its global growth forecast for 2022 to 3 per cent, from 4.5 per cent in December. That put it below the IMF’s 3.6 per cent estimate made in April and suggests the global economic pain as a result of the war is still increasing.

Some countries would flirt with recession, it added, singling out the UK as the country most likely to contract as it forecast stagnation in 2023, the weakest performance of any economy in the G20 outside Russia. 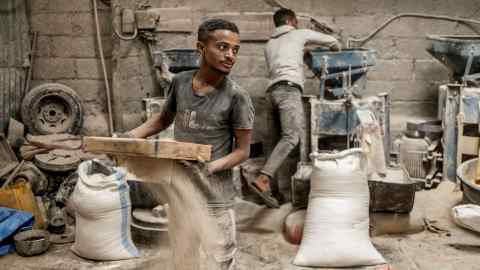 The war’s ability to impose costs on other countries came as a result of the importance of Russia as a commodities and fossil fuel exporter, and both Russia and Ukraine as food exporters.

Higher prices for these commodities as Europe, in particular, seeks to minimise its imports of oil and gas has fuelled the forces of inflation that were already growing across advanced economies, the OECD said.

It expects inflation to average 8.5 per cent across OECD countries in 2022 and 6 per cent in 2023 and noted that energy price rises were now spreading out into other areas.

Across the US, eurozone and the UK, more than half of the goods and services included in the inflation calculations had annual price increases of more than 4 per cent and there were signs that it was becoming a more persistent problem.

Central banks should tighten policy, the OECD said. While significant interest rate rises in the US and UK were necessary, more “cautious” action was needed in the eurozone. However, it still called on the European Central Bank to begin to remove some of the extraordinary stimulus put in place over the past decade.

“The question we should ask is do we need this extent of monetary policy accommodation and I don’t think we can answer ‘yes’,” Boone said.

For the ECB, which meets on Thursday, the OECD recommended taking a data-driven approach, while in the US, where Boone said there was “over-buoyant demand”, the Federal Reserve could tighten policy at a faster pace.