Move coincides with decision to move regional HQ to Shanghai

Vanguard’s decision to abandon millions of dollars in fees from China’s most influential state-backed asset owners at the same time as announcing plans to move its regional headquarters to Shanghai has shocked many industry observers.

The US asset manager was charging about 1.5 basis points for running a $10bn portfolio for the State Administration of Foreign Exchange, about 2 bps for a $10bn mandate from China Investment Corporation and 3.5 bps for $1.6bn outsourced from the National Social Security Fund, sources have confirmed.

Exclusive data from informed parties suggest that Vanguard may have been earning about $4m per year in management fees from the three passively managed mandates in China. Ignites Asia reported Vanguard was pulling out of high-profile discretionary mandates last week.

The fees Vanguard has been charging China’s largest asset owners are not far off from the industry norm, experts said.

“I’d be surprised if the decision were purely linked to the existing fee levels,” said Nigel Birch, London-based senior director at Broadridge.

The mandates Vanguard ran for CIC did not take a lot of management personnel to maintain and it is possible that Vanguard received regulatory or even political pressure to force it out of the business, according to one source close to the matter.

Vanguard won the passive mandate from state-funded pension the NSSF only five years ago in December 2015.

Whatever the reasons for Vanguard cutting ties with the trio of big Chinese institutions, the implications of the decision could go beyond simple monetary metrics.

How could it on one hand expand aggressively in China then pull out from big clients like China’s state-affiliated asset owners?

The state funds are “surprised” by the sudden request as it is the first external manager to have withdrawn from running portfolios for them, according to one person familiar with the matter.

“The first reaction from people within and outside of CIC is that the decision is beyond comprehension,” another person familiar with the matter said.

Some said the move could risk jeopardising Vanguard’s ambitions for expansion in China's retail market.

If Chinese authorities view Vanguard’s decision negatively, the move could “backfire” on the firm’s expansion plans when it comes to securing a licence or obtaining outbound investment quotas in the future, one of the people familiar with the matter said.

Having shuttered its Hong Kong and Japan offices, Vanguard is moving its regional headquarters to Shanghai, Ignites Asia reported in August. The move means the US company is betting big on building a strong, profitable business in China’s retail funds market.

The company is in the process of preparing to apply for a public fund management licence that will allow it to manufacture and distribute funds to retail investors in the market.

This is in addition to the fund advisory joint-venture partnership Vanguard is already running with China’s tech giant Ant Group, which now serves about 370,000 individual investors in the market.

Given that these are the most influential institutional clients and regulators, there was a feeling in the domestic investment community that Vanguard was not making a “sensible decision” in shutting down the big accounts, a chief investment officer at a large domestic Chinese asset manager said.

“How could it on one hand expand aggressively in China then pull out from big clients like China’s state-affiliated asset owners?” another person familiar with the matter said, adding, however, that there was no clear conflict between the existing institutional business line and the new opportunity in the retail space.

Peter Alexander, managing director at Shanghai consultancy Z-Ben, said it was “highly unlikely” that the move by Vanguard would impair other plans including its retail fund management application.

“If I do A, will that negatively impact B?” is very dated thinking, he added, “It’s 2020 and Chinese decision making has evolved greatly”.

Also, with sophisticated large asset owners in China increasingly cutting outsourced portions, dropping them could be a “smart move”, he said.

“We’ve known for a rather long time that CIC and SAFE were moving to in-house an increasingly level of investments with the NSSF still more willing to farm out work although mostly in the [alternatives] space,” Mr Alexander added.

For instance, CIC's externally managed assets peaked in 2014 at 68 per cent of its total assets under management but has been declining ever since and is now 52 per cent, according to data compiled by Z-Ben.

Mr Alexander speculated that the three institutions could have been pushing for zero fees, adding that he had observed intense competition and fee suppression across all asset classes with the exception of niche investment strategies, which are mostly in the alternatives space.

However, the bold move to abandon the mandates could be part of a wider regional shift across the Asia-Pacific region for Vanguard to turn away opportunities for relatively low-fee passive institutional mandate business and seek more profitable business opportunities.

Vanguard declined to comment for this article when contacted by Ignites Asia. 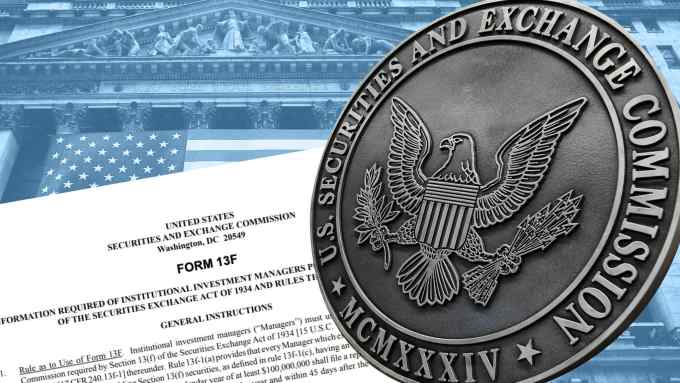