Energy is on the cusp of a new era

Sign up to myFT Daily Digest to be the first to know about Renewable energy news.

The writer is chief executive of Snam, an Italian energy infrastructure company

Things have a habit of happening in two ways: gradually, and then all of a sudden. Humanity’s fight against climate change will be no exception.

If you look back over the past decade or so, you might be forgiven for thinking that the rate of progress has been glacial. CO2 emissions have continued to increase, and while they did dip in 2020 owing to Covid-led lockdowns, they are rebounding in 2021.

For all the investment poured into solar and wind power, they still only accounted for roughly 2 per cent of primary energy supply, according to the International Energy Agency. Meanwhile, coal-fired power stations are still being built in large numbers, especially in Asia.

But, behind the scenes, the key elements of a climate revolution have been quietly slotting into place. It may not look like it, but we are on the cusp of a new era in the energy world.

First, there is unstoppable political momentum behind action to counter climate change. US president Joe Biden thinks doing it yesterday isn’t soon enough, while the generation of Greta Thunberg, the teenage Swedish climate activist, will soon make their voices heard at the polls. Almost 70 per cent of global emissions are covered by national net-zero commitments.

Second, the market is helping to push policy along, with trillions of dollars in environmental social and governance (ESG) funds encouraging companies to invest in the green revolution.

Third, we already have much of the technology in place. These net-zero hopes are based on the fall in solar and wind power costs over the past few years. A Saudi Arabian solar auction in April was won for $10.40 per MWh — making electricity generated this way cheaper than that produced by coal and natural gas.

The fact that renewable electricity is now so cheap to produce, at least in the world’s sunniest and windiest areas, is a game-changer because it will allow renewables to substitute fossil fuels in power generation and enable clean power to reach new sectors of our economies — such as short-haul transport. Alongside energy efficiency, that will be a key pillar of our efforts to eliminate CO2 emissions.

However, it will not be enough to get us to net zero.

Transporting electricity over long distances can be difficult and costly, and about 8 per cent gets lost along the way — which makes it harder to tap the best renewables in the world, from the deserts and oceans. Storing it in batteries can be prohibitively expensive if you do not charge and discharge them every day, which makes it difficult to electrify winter heating.

Furthermore, some uses of fossil fuels — for instance, to power heavy or long-distance transport and to provide high heat in industry — cannot be switched easily to electricity.

But the answer to these issues is hydrogen. It can be produced from cheap green electricity, transported through existing gas infrastructure, and used instead of oil and gas in some “hard to abate” sectors. I believe that it could account for roughly a quarter of the future, decarbonised energy mix.

It also opens the door to a global trading system in renewable energy.

Australia is set to supply hydrogen to Japan. Europe is looking to import North African solar and North Sea wind energy in the form of hydrogen. Chile has an agreement to send hydrogen to the Port of Rotterdam.

Although it is yet to be widely adopted, I am excited about the prospects for hydrogen. With countries setting targets for hydrogen adoption, companies announcing hydrogen projects and investors seeking to finance them, it will soon gain scale, becoming competitive in some applications well before the end of the decade.

Initiatives are under way to lower the cost of hydrogen production, including the UN’s Green Hydrogen Catapult. This project, which was launched by energy companies including Snam, aims roughly to halve the price of hydrogen, to $2 per kilogramme (equivalent to $50 per megawatt hour) by 2026. The Biden administration last month announced a similar initiative that aims to lower the price of clean hydrogen to $1/kg by 2030.

The next 10 years will be a time of accelerating impact for climate technologies, and the growth of hydrogen and renewables will go hand-in-hand.

Ever cheaper renewable power will drive down the cost of hydrogen, which will increase demand, further cutting the cost of renewables, in a virtuous cycle that will help us to decarbonise every corner of our economy. 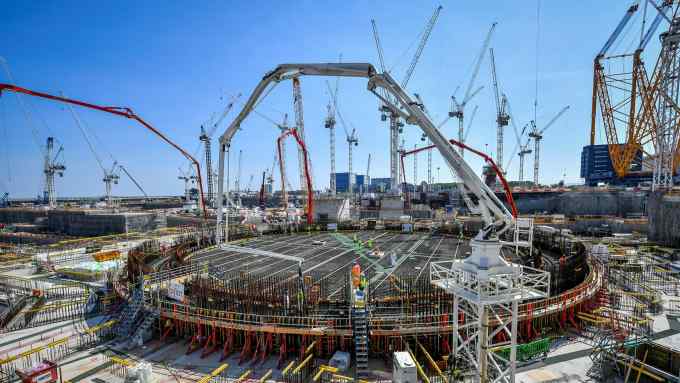