The writer is chief European equity strategist at Morgan Stanley

A year after it was launched, the EU’s post-pandemic recovery fund is proving to be more of a game-changer than many in markets acknowledge.

When the Franco-German proposal to establish the fund was announced, we described this development as groundbreaking for Europe. For the first time, EU member states would issue joint liability bonds that would be funded by region-wide tax revenues, with the proceeds distributed by both grants and loans and skewed towards where it was needed most.

With the ratification process nearing completion, we are on track for the fund to formally launch in the next couple of months. However, at first glance, it is hard to argue that this new programme has generated much enthusiasm for the region from global investors.

European fund flows largely have been stagnant despite record inflows into global equities more broadly, and client conversations on the topic are relatively few and far between.

However, if you dig a little deeper, the signs are more positive. In particular, Italian bond spreads have halved over the past 12 months. And the eurozone has actually been the best-performing global equity region over this same period, with the MSCI EMU index for stocks in the 10 countries in the Economic and Monetary Union up 55 per cent in dollar terms versus 43 per cent for MSCI World.

What’s more, we think this outperformance looks set to continue, with Europe currently on track to outperform all of its major peers this year for the first time since the heady days of 2000.

After a decade and more of persistent underperformance from European stocks, it is perhaps tempting to observe that even a stopped clock gives the right time twice a day.

However, we think there is more to it than that — and that our original description of the EU recovery fund as a “game-changer” for the region will indeed prove apt.

One reason for the apparent lack of global investor enthusiasm regarding the fund is likely to stem from a comparison with fiscal stimulus in the US, which has been much larger in size and more immediate in effect.

While it is hard to argue against this point, the European response is not without its merits. For instance, it is more focused on longer-term investment than short-term consumption and is targeted at the periphery where the need is greatest.

Further, the extended nature of the fund (it is spread over five years) should help mitigate one of the main drawbacks of using fiscal stimulus to boost an economy — namely that growth becomes very sensitive to the fiscal impulse and, consequently, tends to slow rapidly as soon as governments start to tighten their belts.

From a low base, we expect investor interest in the recovery fund — and its implications for European asset prices — to pick up through the second half of this year as the vehicle is formally launched, new joint-issuance sovereign bonds hit the market and fund distributions start to be allocated. The fact that this should occur against a reopening of the European economy suggests that investors may see improving cyclical and structural conditions at the same time. 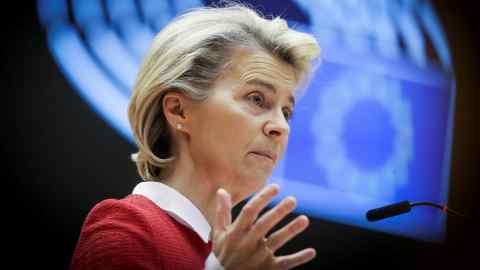 Aside from these domestic considerations, the global macro environment should also provide further support for European equities in the coming months as the region tends to outperform peers during periods of rising inflation and higher bond yields.

Our bond strategists expect Bund yields to exit negative territory over the next 12 months, a development that is likely to be viewed positively by equity investors as a sign that the region is on a sounder long-term footing, as well as providing a more benign environment for financial companies.

Banking has been the best-performing sector in Europe in the year to date and it remains one of our preferred investment ideas. It will benefit from an improving domestic economy and rising bond yields. In addition, valuations and investor positioning for the sector still look depressed in a long-term context.

After a decade of persistent underperformance from the region, investor scepticism towards European equities is unlikely to change overnight; however, that arguably provides an opportunity.

Change is afoot and the case for investors to add to their European exposure is stronger than it has been for many years. Against a backdrop of cyclical and structural improvement, attractive valuations and depressed investor positioning, it really is now or never this time.

Get alerts on European equities when a new story is published