When Shabana Aslam’s husband, Irfan, was made redundant from his marketing job at a multinational entertainment company last month as a result of the coronavirus lockdown, the loss of the main household income left her wondering how the family would eat.

The decision by Mr Aslam’s employer not to put him on to the UK’s job retention scheme meant the family’s monthly take-home pay fell 75 per cent, leaving the couple and their 11- and 13-year-old daughters to rely on Ms Aslam’s £1,300 monthly income as a teaching assistant. But rent alone comes to £1,400 a month and the couple are barred from claiming state benefits.

The couple, who live in East Ham, east London and are not using their real names, first moved to the UK from Pakistan 15 years ago as students. They decided to stay and start a family and secured work visas via channels that have since been closed.

They are just two of more than 1m people ineligible for benefits under tough visa conditions that bar many immigrants from receiving money from central or local government.

“We have to pay the rent, the council tax and we have to feed our children and we can’t apply for any benefits, even though we have contributed towards the economy for many years,” said Ms Aslam. “We are hard-working citizens.”

This restrictive immigration policy, known in Home Office jargon as “no recourse to public funds”, or NRPF, covers almost everyone who has a time limit on their right to live in the UK.

Lakmini Shah, a Labour party councillor for the area of East Ham, said she was receiving a growing number of calls from constituents who were “really, really struggling”.

Another such constituent, Salina Akter, a single mother who arrived from Bangladesh in 2009, said she had no prospect of work this year in her normal job as a security guard protecting cruise ships at ports on the river Thames.

Her employer had decided not to participate in the job retention scheme, leaving her without any income to support herself and her two boys, aged 15 and 18. Since she had just spent £13,000 on fees and legal bills to apply for permanent settlement in the UK, her only means of survival was charity.

The plight of these two families highlights the impact the NRPF policy has on many migrants as unemployment soars during the coronavirus lockdown.

The Home Office has never publicly acknowledged how many people the benefits ban covers, but the charity Children’s Society has estimated it covers 1m adults from outside the European Economic Area and 143,000 children.

Moreover, an unknown number of the 1m EEA citizens allocated “pre-settled status” under the post-Brexit EU settlement scheme are also barred from receiving any public money if they cannot prove they are “habitually resident” in the UK. The EEA includes the EU, Norway, Iceland and Liechtenstein.

Stephen Timms, the Labour MP for East Ham, said that while his constituency’s high proportion of immigrants meant it was particularly badly affected, the effect would be felt throughout the UK. “We’re talking about very large numbers of people and certainly not just in my constituency by any means,” Mr Timms said.

The situation will get worse, according to a study due to be published shortly by the Migration Observatory at the University of Oxford and the Institute for Public Policy Research. It estimated that more than 100,000 people barred from receiving benefits could soon be unemployed.

The report found that 74,000 non-EEA citizens covered by the NRPF policy worked in areas of the economy in effect shut down by coronavirus, while another 50,000 were self-employed or on non-permanent contracts highly vulnerable to the disruption.

Dave Mann, chairman of the Bonny Downs Community Association, a charity organising free food distribution in East Ham, said the group had launched a fundraising appeal because of the sudden extra strain on its services. He had seen “whole families run to the door and children coming to take food because they were so hungry”.

According to Mr Timms, the scale of the problem partly reflects expansions in the scope of the NRPF policy after it was introduced in 1999.

Since 2014, many migrants have had to spend 10 years on shorter term visas — with no right to benefits — before being offered permanent settlement in the UK. The process previously took six years for many.

There is some hope for those struggling to feed their families. The Home Office is likely to have to make some changes to the policy after a preliminary ruling by the High Court last week found it had breached the rights of an eight-year-old boy who had lived his whole life in extreme poverty because of its effect on his mother’s income.

Patrick Lewis, an immigration barrister at Garden Court Chambers, said the Home Office would “clearly” have to review its policies in light of the case. However, the exact nature of the changes needed would depend on the full judgment in the case, brought by a group called the Unity Project, when it is published.

The Home Office has resisted calls from Mr Timms and others for the provision to be suspended. It pointed to steps such as a temporary ban on evictions, the job retention scheme and other steps not involving government funding as evidence it was helping people living under the prohibition.

“It is only right that those seeking to establish their family life in the UK do so on a basis that prevents burdens on the taxpayer,” the department said.

It was “inaccurate and misleading” to suggest that people such as the Aslams and Ms Akter were being left without support, the department added.

But Ms Akter said she had already missed paying two months’ rent. Ms Shah, who has helped to support Ms Akter, has launched an appeal for food donations from local businesses, prompted by the multiple calls for help she has received.

Sitting in a shop on East Ham’s high street surrounded by bags of donated rice, Ms Shah warned that her efforts and those of others were not equal to the scale of the challenge.

“This isn’t sustainable, what I’m doing for these families,” she said. “At some point, somebody needs to help.” 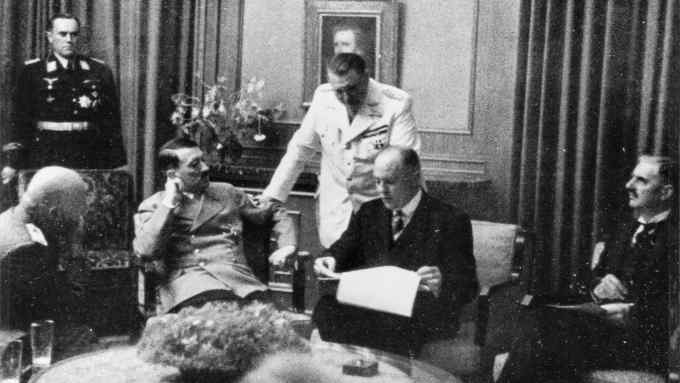