From blood clots to ‘Covid toe’: the medical mysteries of coronavirus | Free to read

When the first cases of a new coronavirus started to appear in China last December, the disease seemed to be a particularly aggressive respiratory infection. An “urgent notice” that month from the Wuhan health commission warned of “successive cases of unknown pneumonia”.

Respiratory symptoms are still the first signs that doctors look for: cough, shortness of breath and fever.

But less than five months after it was first identified, this new coronavirus is managing to throw up a series of medical mysteries — from blood clots and strokes to digestive problems — that are confounding the scientific community.

From head to foot, Covid-19 causes a fiendish variety of symptoms. Some are relatively mild, such as loss of smell and taste or chilblain-like sores on toes. But others may be fatal, such as when what doctors call an immune storm destroys vital organs. The more this virus is studied, the more complex it appears to be.

“Every day we’re learning of new tricks that the virus plays,” says Peter Openshaw, professor of experimental medicine at Imperial College London. “It is remarkable to see a disease unfolding in front of our eyes with so many twists and turns.”

The proliferation of complex symptoms is not just a challenge for doctors treating the disease, but also for health systems trying to adapt to the pandemic. In the early months, the focus was on getting hold of ventilators that could help patients with severe respiratory problems. But now hospitals are also scrambling for more kidney dialysis machines and anticoagulant drugs.

A single individual can suffer the disease in more than one form, Prof Openshaw adds. “There are accounts of people experiencing one symptom, for example coughing, appearing to recover or go into remission and then returning with a more serious systemic disease.”

More than a respiratory problem

With the worldwide death toll from Covid-19 already nearing 260,000 and confirmed cases close to exceeding 3.7m, according to Johns Hopkins University, scientists have mobilised at a speed and on a scale unprecedented in the history of medicine, in an effort to understand the myriad ways in which the virus affects the human body. They hope that their research will not only improve clinical care of patients but also help the development of drugs and vaccines.

The initial diagnosis was that it was a respiratory infection, like its sister diseases Sars and Mers which are also caused by coronaviruses.

Respiratory symptoms remain the most common manifestations of Covid-19 in patients who go to hospital, according to a study of almost 17,000 people admitted to 166 UK hospitals carried out by a research consortium from Imperial College and Liverpool and Edinburgh universities. About two-thirds of patients in the study — the largest of Covid-19 hospital patients outside China — were admitted suffering from respiratory symptoms, says Annemarie Docherty of Edinburgh, the lead author of the paper. But that proportion may have been raised by the fact that they reflect the official case definition of Covid.

How the immune system reacts to Covid-19 is key to the course of the disease in adults. People who have been suffering with mild to moderate symptoms for a week or so often seem to reach a critical point: usually their immune system gets the virus under full control and sets them on a path to full recovery — but sometimes it goes into overdrive, triggering systemic inflammation and in severe cases a “cytokine storm” that destroys tissues and whole organs.

Kidney damage has emerged as another of the most frequent serious consequences of Covid-19, with 23 per cent of patients in intensive care requiring renal support. As with other organs, it is uncertain to what extent the virus is directly attacking the kidneys or whether the harm results more from generalised overactivity of the immune system and consequent changes in the patient’s blood circulation.

Cardiovascular disease is the most common pre-existing health condition in people who die of Covid-19, ahead of lung and respiratory disorders such as asthma and chronic obstructive pulmonary disease. And many patients without a previous history of heart trouble develop severe cardiac symptoms while they are in hospital.

“When we first heard about the new coronavirus we expected people with lung and breathing problems to be most at risk but that has not been the case,” says Nilesh Samani, medical director of the British Heart Foundation. “We need to understand why the virus is causing so many problems outside the lungs — and cardiovascular complications in particular.”

The exaggerated immune response to the virus sometimes causes abnormal blood clotting. If this thrombosis happens in the brain, it may trigger a stroke. Neurologists at University College London studied six Covid-19 patients who suffered acute stroke as a result of a large arterial blockage — in five cases more than a week after suffering headache, cough and fever and in one patient before other symptoms appeared.

The UCL researchers found that all six patients had markedly raised blood levels of a protein fragment called D-dimer associated with abnormal clotting. The findings suggest that early testing for D-dimer could enable doctors to prescribe blood-thinning drugs to people at risk, reducing the chance of stroke or harmful clotting elsewhere in the body. “Early use of anticoagulant drugs might be helpful but this needs to be balanced against their brain bleeding risk,” says David Werring, the study leader.

Coronavirus also seems capable of attacking the brain and nervous system directly, as well as indirectly through abnormal blood clotting, though the evidence for acute symptoms of neural infection is limited. The effects may show up in the longer term as post-viral fatigue.

Neurons in the olfactory bulb, which transmits information from the nose to the brain, are infected by the virus. Indeed, anosmia — loss of the sense of smell — is one of the most frequently reported symptoms of mild infection, affecting about half of patients and lasting for several weeks in some cases.

The good news for those who develop anosmia is that they are much less likely to become seriously ill with Covid-19. Carol Yan and colleagues at the University of California San Diego reported last week that patients reporting loss of smell were 10 times less likely to be admitted to hospital for Covid-19 than those without loss of smell.

The UCSD researchers suggest that a relatively small dose of virus delivered to the upper airway, where it causes anosmia, may be less likely to overwhelm the host immune response. “This hypothesis is in essence the concept underlying live vaccinations, where low dosage and a distant site of inoculation generates an immune response without provoking a severe infection,” say the researchers.

Besides anosmia, the most frequently seen minor symptoms are rashes, pustules and blisters on the skin — including lesions like chilblains that dermatologists are calling “Covid toe”.

The results from the study led by Imperial College, Liverpool and Edinburgh universities echo other findings that the disease is much more common in men — who make up 60 per cent of UK Covid-19 hospital admissions — and its severity increases markedly with advancing years (the median age of patients is 72). The strong associations with the male sex and old age are a particular feature of Covid-19 compared with other infectious illnesses.

“The reason behind this [gender] difference in Covid risk is currently unknown,” says James Gill, honorary clinical lecturer at Warwick Medical School. “There are several schools of thought on the matter, from the assumption that simply men don’t look after their bodies as well, with higher levels of smoking, alcohol use, obesity and other deleterious health behaviours, through to immunological variations in genders. Women may have a more aggressive immune system, meaning a greater resilience to infections.”

Philip Goulder, professor of immunology at the University of Oxford, points out that several critical immune genes are located on the X chromosome — of which women have two copies and men one. “The immune response to coronavirus is therefore amplified in females,” he says.

The declining strength of the immune system with age is also a partial explanation for the increasing incidence of the disease in older people, though it is not clear why this trend is more pronounced in Covid than in many viral infections.

Children are remarkably — but not completely — resistant to the disease. Just 3 per cent of UK hospital patients are under 18. Again no one knows quite why. But one answer may lie in the “keyhole” through which coronavirus enters human cells, known as the ACE2 receptor. In children these receptors have not developed to their full adult stage and therefore may not fit the “spike protein” that the virus uses to enter cells.

It is also possible that ACE2 develops more quickly in children’s upper airways than their lower respiratory tract, allowing them to become infected — and thus able to transmit Covid-19 — without showing the same progression to severe symptoms.

Last week the NHS in London and the UK Paediatric Intensive Care Society alerted doctors to a rise in the number of children suffering from “a multi-system inflammatory state” similar to toxic shock, which might result from the immune system overreacting to viral infection. Italian and US paediatricians have noticed a similar body-wide inflammatory syndrome in children.

This paediatric condition is rare but researchers are investigating, says Prof Semple. “Some respiratory viruses are associated with a systemic inflammatory response, typically two weeks after infection. But this could be a phenomenon of heightened awareness.”

For Prof Openshaw, the mysteries of Covid-19 recall the early days of the HIV/Aids outbreak in the 1980s — except that this time, they are unfolding much more quickly. “We need the answers also to appear far faster than they did with HIV,” he says. 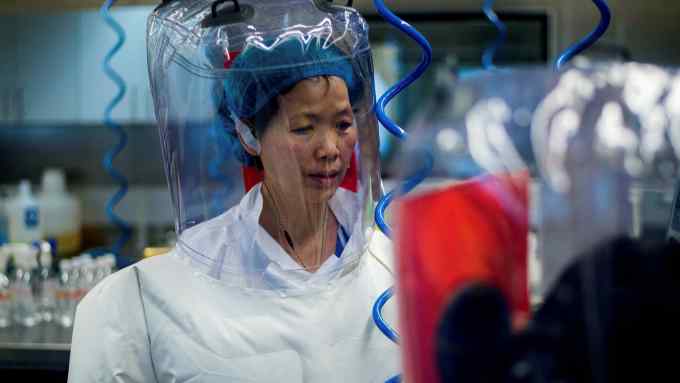