In-house lawyers are collaborating with other business areas to speed innovation and development. Plus: four case studies

Well before work video meetings went mainstream because of the pandemic, the legal team at US technology company Hewlett Packard Enterprise had started to experiment with virtual reality as a way for colleagues to feel they were “in the room”. With 300 or so members spread across the world, the aim was for HPE’s entire legal team to interact easily.

What began as a trial then caught the attention of their commercial colleagues and, now, vWaaS (virtual Workplace as a Service) has been developed into a service to sell to the company’s clients.

“It helps HPE to expand in an area that’s quite new,” says Emiliano Baidenbaum, chief counsel for the Americas and co-lead of the company’s innovation law lab.

His team showed the business’s sales representatives how they used VR to hold meetings using avatars of other team members in a virtual office or other space, and the challenges that had arisen during testing.

I try to be like an ally to sales. We don’t want them to look at us like a roadblock

Innovative in-house lawyers like these today play an increasingly active role in strategic business decisions, by working closely with other functions such as sales, IT, human resources and procurement.

At HPE, other ideas spun out from the legal department are gaining traction across the business. Its lawyers are working with human resources to develop Idea Matchmaker, an app to match employees with projects across the company that they might want to volunteer to work on.

Thanks to the oversight that general counsel have across a business, they are in a unique position to bring value, argues Baidenbaum — whether in creative problem-solving or working through an important deal.

“I try to be like an ally to sales,” he says. “We don’t want them to look at us like a roadblock, but more ‘let’s bring in legal because maybe they can help us do this better’. We are trained to think about things that could go wrong.”

He likens the in-house legal team to the black box of an aeroplane, full of vital information about what has failed previously. That means he can alert customers to where a plan will break down and suggest alternatives that will succeed.

The opportunity to move beyond day-to-day legal tasks and work more closely with the rest of the business also appeals to Zain Hudda, deputy general counsel at marine fuelling company Peninsula.

He started his career at law firms before moving in-house 13 years ago, initially at a big oil group. “I wanted to find a path between lawyer and business person,” he explains. “So, the more that becomes the case, the better.”

When Peninsula was setting up a new fuel supply base in Mauritius last year, Hudda worked closely with the project’s business lead. That involved talking directly to government departments, and presenting to stakeholders, as well as working on the licensing framework and a range of legal questions.

In-house lawyers bring valuable insight and skills to deal negotiations, he says. “There have been times when commercial discussions have stalled . . . and I’ve jumped on a call and found a way through it — nothing wins business credibility like that.”

‘They don’t care about “torts” or “contracts”’

How a legal team communicates makes a big difference, Baidenbaum says. Sales colleagues, in particular, require diplomacy because of the pressure on them to meet targets. Make sure you understand the sales person you are working with, he advises. You may have to offer explanations for your advice — for example, to show that what looks like blocking a deal is really an attempt to ensure it will work, or to flag that previous legal experience suggests there is a better solution.

Special ReportAccelerating Business
In-house lawyers move out of the shadows

Speaking in a way that commercial colleagues can relate to is key, according to Baidenbaum. “It needs to be business-oriented, not legalese,” he says. “They don’t care about ‘torts’ or ‘contracts’.”

However, this greater commercial focus means less time for administrative and simple legal tasks. “Technology must play a part,” says Hudda. At Peninsula, where a legal team of roughly 10 serves about 400 employees worldwide, he says the company is reviewing technology, such as contract automation and ticketing systems to process legal queries, to help free up time.

But not all legal teams can — or want — to collaborate actively with other areas of the business.

Elouise Epstein, a partner specialising in procurement at management consultancy AT Kearney, says she still finds in-house legal teams across many sectors using outdated techniques and operating separately. “They’ll select their [external] firms, they’ll negotiate contracts, set their rates,” she says. “[Legal] is the only function in a modern enterprise which is allowed to operate like that.”

Greater alignment with colleagues in procurement would allow legal teams to benefit from more advanced data, techniques, and infrastructure. But there is often reluctance, Epstein notes, which she says is because of vestigial attitudes.

Legal departments will say no, because all of those companies would have to agree on the language, which they are unwilling to do

Legal teams feel procurement is interested mostly in price — “they just want to whittle the cost down”, she says. But the challenge for legal is demonstrating that a legal expert on antitrust defence is worth spending on, she adds.

Epstein argues there are opportunities for in-house lawyers to win over colleagues elsewhere in the business and improve efficiency — for instance, in areas such as managing supplier relations.

In managing cyber risk, she says, every business runs a risk assessment of its suppliers, but each one uses slightly different language in the assessment even if most of the questions are the same. A supplier, she notes, might ask why there cannot be just one risk assessment that it can fill out and share with every company it supplies. “Yet legal departments will say no, because all of those companies would have to agree on the language, which they are unwilling to do.”

Sharing data and practices would benefit everyone, Epstein says, as currently “we’re building inefficiencies into the way businesses operate”.

HPE’s Baidenbaum is optimistic, however, that segregation within core areas will diminish. “You have to think of the company as a whole,” he says. “We’re going to be more merged together, especially now we’re more data-centric and digital . . . there’s going to be more mixture.”

For nearly two years, the legal team at the diversified manufacturing company has been working on a contracting centre of excellence in collaboration with the IT team and the business systems group. The Singapore-based business’s legal team contributed subject matter expertise; the IT team built the technology tools; and commercial contracting professionals advised on how the process should work. Contracts are now fully digitised, enabling the business to achieve instant answers on contract queries. Previously, its lawyers would have had to look for the documents and manually review them. Queries that could take up to a week to answer can now be resolved in minutes.

A legal team discovering that hard-won victories in negotiations have been overlooked understandably wants to put that right. Such was the case for lawyers at Singapore-based real estate investment management company, GLP. They had noted that certain expenses were not being charged back to funds as agreed. They worked with GLP’s fund management and finance teams to clarify why these contract provisions were important and how to take full advantage of them. Expenses are now correctly charged back to the funds. In another example, the legal team assisted the treasury team in tracking the terms of its facilities, including obligations and covenants, which will ensure that negotiations are both more consistent and faster.

HPE’s lawyers across the US tech company can now post, find and volunteer for projects easily without requiring manager approval, thanks to an app developed by the legal department’s intellectual property team. They can also experiment with new practice areas and gain more project management experience. The legal team is also working with human resources and the chief technology officer to develop a version for use by the wider business. Called Idea Matchmaker, the app is inspired by modern dating platforms and recommends relevant projects based on a user’s previous interactions. The more the app is used by an individual, the more tailored and useful its recommendations become. Currently, in a pilot with 1,000 users, all 60,000-plus employees at HPE could be using the app by the end of the year.

Since joining the customer relationship management software company in 2012, general counsel John Kelleher has embedded the legal function in all parts of HubSpot, with each practice area connected to other teams as business partners. This enabled a quick response when the pandemic began. For example, a lawyer connected to the finance team was able to advise on how travel restrictions would affect salespeople’s payments, as well as employment and corporate tax implications. At the same time, lawyers advised human resources on the lasting shift to remote working. The effectiveness of these collaborations is informing how questions are resolved, including the creation of a new company-wide decision-making framework that allows greater autonomy.

Methodology: RSGI, a legal industry think-tank, highlighted these four teams based on frequency of appearance in the FT’s Innovative Lawyers reports, and status of their rankings, reinforced by third-party market commendation and research into how the teams deliver value to their organisations by collaborating with other business functions 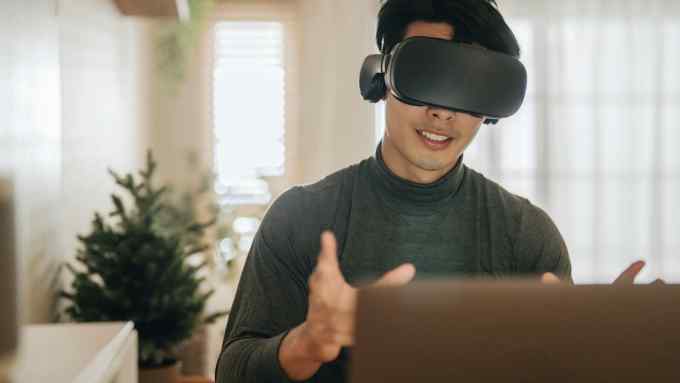