Schroders’ chief executive has criticised the arrival of speculative “have-a-go” investors in the asset management industry for causing “massive destruction of wealth”.

Ark’s $12.5bn (€11.3bn) flagship actively managed Innovation ETF (ARKK) has lost $3.6bn in assets under management over the first two months of the year, with its clients enduring a loss of more than 45 per cent over the past 12 months.

Wood has become well known for investing in “disruptive innovation”, and making large investments in bitcoin and electric carmaker Tesla. ARKK is still up nearly 16 per cent over three years.

Speaking at the NextWealth Live conference earlier this week, Harrison said Wood’s funds were the “best example” of entrants to the industry “speculating rather than investing” and preventing clients from having “good long-term retirements”.

Ark did not respond to a request for comment.

Harrison added that the asset management industry needed to “stand back” and understand why many retail clients put their money into cryptocurrencies and buy-to-let property.

“We’re not, as an industry, providing something that is more relevant to [retail investors],” Harrison said.

He criticised regulatory regimes for being out of date, pointing out that the Ucits regime is 35 years old and US mutual fund regulations are 80 years old.

Harrison added that the UK financial regulator might be an impediment to the changes needed for the industry to better serve retail customers.

Dealing with the UK’s Financial Conduct Authority was “probably the single biggest issue” that firms had to confront to shape the future of the investment industry, he said.

“The current mood [at the FCA] to my mind is that everything at the consumer end is getting nailed down to smaller and smaller levels of risk. And everything in the wholesale end is being allowed to ‘let rip’.”

“That polarisation [between retail and wholesale], I think, if we’re not careful, is going to throttle the innovation that needs to happen,” he said, such as allowing retail investments in private markets.

Harrison added that there needed to be more of a “conversation” between the funds industry and the regulator to determine what was in the best interests of savers.

“There’s just a wall of new obligations coming at us. It doesn’t feel as though that’s a two-way conversation,” he said.

The Schroders’ boss said he admired what the FCA was doing in “cutting out the crypto speculation”. But he said there needed to be more focus on “good long-term outcomes”, such as giving more access to private markets. 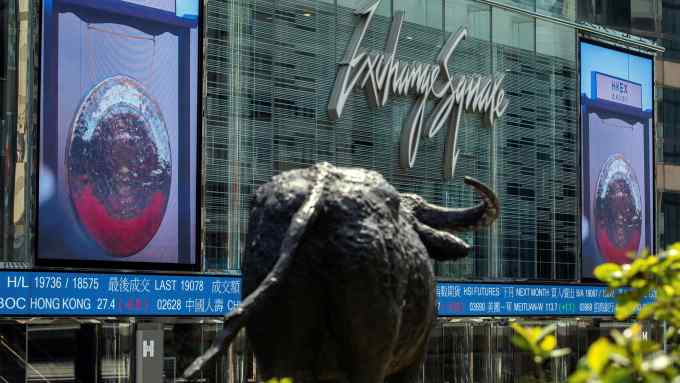