In his 1996 Declaration of the Independence of Cyberspace, John Perry Barlow, the late internet libertarian, did not merely assert that the influence of national governments was unwelcome among netizens, but also that they “have no sovereignty where we gather”.

Such techniques are not restricted to dictatorships — these systems have found a growing use in both the public and private sector in democratic states. The deployment of facial recognition at London’s King Cross was only halted after regulators intervened.

But in countries where the checks and balances are even more limited, the effects are amplified. The epitome of cyber surveillance is China, with its Golden Shield project, which has evolved into the “Great Firewall” system of internet controls.

“[China considers] data-driven technology to be a cure-all for governance,” says Maya Wang, China senior researcher at Human Rights Watch, an advocacy group, describing Beijing’s approach to data collection as a “free-for-all” without laws to regulate it.

“The ministry of police has been collecting data — from DNA to voice samples, to people’s faces and iris scans — all without any requirement of it having ties to criminal investigations,” she says.

Beijing’s use of high-end technology to target Uighur Muslims in the Xinjiang region is one of the most chilling examples of the government’s use of digital surveillance tools. Last year, research by Human Rights Watch found police in Xinjiang were monitoring residents using an app with access to the Integrated Joint Operations Platform, a mass surveillance database.

Citizens who are marked suspicious by the IJOP — for reasons such as lengthy travels abroad, the installation of mobile apps such as WhatsApp or being related to people held in detention centres — can be taken into custody with no right to legal redress.

A leaked list of more than 2,000 detainees from Aksu prefecture shows other reasons for detention include “links to sensitive countries”, according to research released by Human Rights Watch in December.

China’s surveillance state is a national project. It’s remarkably consistent across the country

“The Chinese government targets Uighurs as a group and considers them a threat because of who they are,” says Ms Wang. “It’s a circular kind of reasoning: designate a group as security threats, then anything they do that’s ‘unusual’ is proof of a threat.”

Ms Wang emphasises that while the treatment that Xinjiang residents face is disturbing, it would be wrong to view the region as being a “test bed” for the wider rollout of new technologies. “The Chinese surveillance state is a national project,” she says. “If you look at the designs, they’re remarkably consistent across the country . . . You can see these systems becoming more draconian in other parts of China.”

In the west, such technologies have found a home in law enforcement, where they have been justified as important tools for security — in the aftermath of the US Capitol Hill riots in Washington DC, for example, the technology was reportedly deployed against insurrectionists. In many cases, however, inaccurate and biased systems primarily affect over-policed minorities.

China’s successful deployment of such pervasive techniques is not mirrored across all authoritarian states, with many lagging Beijing’s high-tech and often algorithmic approach to policing dissent, says Aliaksandr Herasimenka, a postdoctoral researcher at the Oxford Internet Institute.

Moscow has pursued an increasingly tight-gloved approach to civil dissent. Mr Herasimenka describes increasing efforts to apply surveillance against specific individuals, including political opponents and human rights activists. “If an exchange of information between two recipients is not encrypted, if it happens within Russia it might be intercepted by the government,” he says, with the government having control over the mobile network and, at least in part, the internet.

But Moscow has failed in its efforts to clamp down on Telegram, the encrypted chat app that has become a favourite for dissidents, protesters and others trying to avoid surveillance.

“They tried to censor it and failed,” says Mr Herasimenka, pointing to Russian government efforts with deep packet inspection — technology capable of rerouting, filtering and blocking web traffic. “They couldn’t distinguish between Telegram and other kinds of traffic.” In neighbouring Belarus, where protesters have faced police violence, Telegram has played a similar role.

“China is doing much better in that respect,” he says. “The internet functions differently and was developed differently [to Russia or Belarus], which have more links to the outside world.”

But authoritarian states have proved highly capable of adapting their strategies. “In Russia, they’re less advanced in terms of surveillance, but more advanced in terms of manipulation [of narratives],” says Mr Herasimenka. Anti-government protests in 2012 that revealed the strength of opposition to Vladimir Putin’s administration were met with propaganda, providing a playbook for efforts made to target the 2016 US election.

Both Mr Herasimenka and Ms Wang raise concerns about how the pandemic has accelerated the use of surveillance by authoritarian regimes, and how populations react to it. “The situation of Covid-19 has taken away some [nascent] resistance of the small minority questioning the use of these technologies,” says Ms Wang. “It has normalised these systems in peoples’ daily lives.” 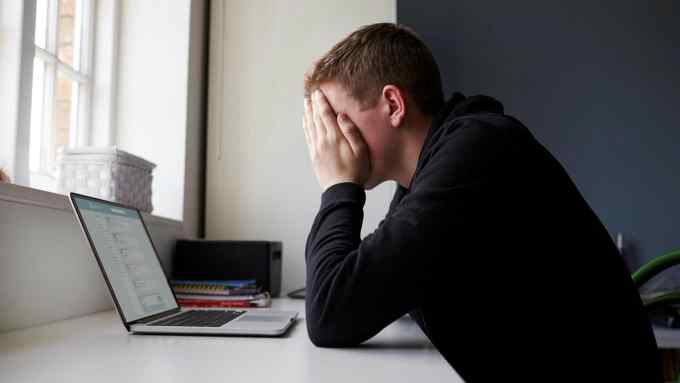