‘We need people to know the ABC of finance’: facing up to the financial literacy crisis

The world, financially speaking, once appeared a simple, innocent place. Savers could put money into bank accounts and earn a reasonable rate of interest, building their nest egg over time. Workers in developed countries would toil away in the knowledge that come retirement their needs would be met by employer-backed pensions and the state.

Since the US-based Italian economist Annamaria Lusardi, a world expert on financial literacy and professor at George Washington University, began to devote her career to studying financial literacy these reassuring certainties have melted away. The average modern worker in a rich country must now take full responsibility for ensuring they have enough resources to pay their way through old age.

In the US in 1980 around 40 per cent of all pension plans were defined contribution, meaning their value depended on how much money a worker put in over their careers. By the turn of the millennium this had increased to 90 per cent. For most millennial workers the idea that their employer will fund their retirement is little more than a quaint 20th century relic.

At the same time, the financial decisions that people must make to save for retirement have become vastly more complicated. Near-zero interest rates mean savers are no longer able to stash their money away in a boring bank account and expect it to survive the ravages of inflation over time. In search of higher returns, more and more have turned to the stock market as a sensible long-term savings vehicle, but one that presents many opportunities to make disastrous mistakes.

“Younger people are facing a much more complicated financial situation than their parents had,” Lusardi says. “My parents’ generation lived in an age of inflation that cancelled their debts, they had very good pensions, and their investments in financial markets were very simple. Young people face big challenges. The pension will have to be at least partly private. And current demographics around the world mean governments will not be able to keep up the pensions that were given to previous generations.”

For Lusardi, all this means that the need for widespread education on how to save and manage money is greater than ever. But when she and her colleagues began 20 years ago to try to measure how much Americans knew about personal finance, they realised it was not a topic that had been taken particularly seriously by mainstream economics.

“When we started discussing financial literacy in academic circles, people were thinking: why are you working on such an irrelevant topic?” she says. “Economists think that financial knowledge matters, but they assume that when someone faces a really important financial decision they find a way to make the correct, rational choice no matter how. But we have seen that is not true. People make bad decisions.”

Lusardi sought to find ways to measure the basic financial literacy of Americans, but soon discovered that minimal data existed. However, she and her colleagues discovered that the 2004 US Health and Retirement Study, a survey covering the over 50s, contained questions measuring basic numeracy and financial literacy. Using the responses to these questions they tried to map out the basic level of financial education in this important part of the US population. The results were not encouraging.

Only around half of the Baby-boomer respondents (those aged 51-56 at the time of the survey), with the largest amount of savings, financial assets and amassed financial experience, were able to answer a question that involved dividing $2m by five. The respondents were better at answering the question: “If the chance of getting a disease is 10 per cent, how many people out of 1,000 would be expected to get the disease?” with around 80 per cent giving the correct response. But when it came to a question based on calculating the compounding of interest on a bank account over two years less than 20 per cent were able to do so.

Lusardi’s work has also found that if financial literacy among older and wealthier people is patchy, it is even worse among the young. At the same time the explosion of online day trading and cryptocurrency speculation has meant the young are more vulnerable to immolating their savings or even getting into trading-related debt, than ever before.

“I was recently at a conference in the Austrian Alps and I was struck by how much the young people were interested in crypto. During the pandemic is a time when people will have to put more savings aside, and at the same time we are worried that people will chase higher returns without realising they are taking on a lot of risk. Everyone is a genius when the market goes up, but the important thing is what happens when the market goes down.”

Her work has also shown that being richer and making a large amount of money in a short period of time does not always insulate people from making financial mistakes.

One piece of research Lusardi collaborated on was a study of the financial habits of NFL athletes, who earn millions of dollars before their income collapses once they retire at a very young age compared to the wider population. The article found that in spite of earning far more than average, the number of drafted NFL players had a similar or higher likelihood of bankruptcy than the average young college-educated person.

Another interesting, if counter-intuitive, finding of Lusardi’s work is that highly educated people, those with postgraduate qualifications, are similarly prone to both lacking basic financial knowledge and making disastrous decisions with their money.

“Medical doctors are probably some of the worst offenders,” she says. “They are rich, but they are not always sophisticated with their money, and they can often be at risk of falling for scams”.

Given this evidence of poor general savings literacy, Lusardi has increasingly applied her research to promoting the expansion of financial education in schools around the world, an area that many national curriculums still ignore. She was appointed an adviser to the Italian government on financial education in 2017, and has also worked in the Office of Financial Education at the US Treasury.

Lusardi began work in 2019 on an educational project in Paglieta, a small town in Italy’s Abruzzo region, where alongside a local school she and other experts gave talks on financial literacy topics in the town hall to children, parents, and grandparents.

In the local school Lusardi’s initiative involved getting students to discuss business ideas, and make detailed financial plans for their prospective projects. Some older students began to grow vegetables and sell them in the local market to better understand how to operate a real life business. Last year some of the students, with the help of the school, took out a loan from a local bank to finance the purchase of land to grow their crops.

Stella Marchionno, one of the local organisers in Paglieta, said that in school the children would learn about small, seemingly innocuous financial products they would likely have to buy later in life, such as insurance policies. They would separate into pairs and one child would take on the role of the salesman, explaining the product, and the other would ask them questions.

“It is very, very important for the children, as in regular school they normally learn nothing about these things,” says Marchionno. “They were very enthusiastic, and brought forward their own ideas and did a lot of studying on their own as well.”

Lusardi says she now believes that childhood education in financial literacy is critical. When she was growing up in Italy, her father — an entrepreneur — would often take her along with him to business meetings. This, she says, meant she experienced discussions about money from a very early age.

“I have always had that exposure. Discussions about economics and finance are something I always had in my house. I didn’t realise back then how important it was to sit there and be exposed to those ideas”.

Not all children, she says, are as lucky — which means that widespread education in schools is the only way to equip people with the right tools to manage their own money effectively.

“It is critical to have financial education in schools,” she says. “Not all parents will be talking to their kids about these topics. And many parents are not very financially literate themselves. If you don’t have this knowledge then it is hard to achieve it, and [you] decide ‘this isn’t for me’.”

Lusardi’s research has also shown there is often a large disparity in levels of financial education between men and women, including in her home country.

“I am a woman, and I am an Italian woman, and the statistics on gender differences for financial literacy show a huge divide between men and women, not just in Italy but around the world. Money might be a topic people are uncomfortable talking about, it might create a lot of anxiety. This is why people have to talk to their kids about money, and in particular to their daughters. We need to make this topic something that you talk about.”

But, given that even highly educated people continue to do stupid things with their money, will widespread financial literacy programmes in schools be enough?

“The analogy I give is road safety. We have built big roads, put up traffic lights, and put in speed limits. But we are also going to ask people to have a driving licence,” she says. “Right now people are thrown on to the road without any training. Yes, if we don’t have good regulation people will also make bad mistakes. If there are bad financial products the regulator should prevent it.”

Allowing children to go out into the world with no financial education is the same as allowing people to race around with no driving licence. “People need to know the rules of the road. Will this mean we have no traffic accidents? No. But imagine what would happen if we had no driving tests?” she says.

“We need people to know the ABC of finance or otherwise we will have so many accidents. Not everyone will always make good decisions, but at least they will have the basic tools they need”.

Explore the series
READ MOREFT Financial Literacy and Inclusion Campaign
How should we teach young people about personal finance? Q&A 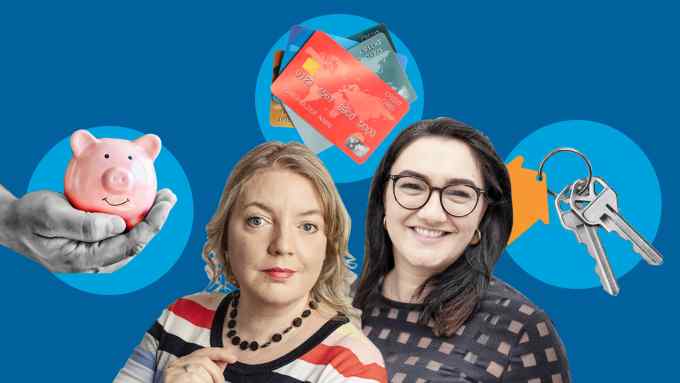