North-west England’s Stanlow oil refinery has stood near the banks of the river Mersey for almost 100 years. But, today, its managers want to ensure it has a low-carbon future over the next century.

It produces about 17 per cent of road fuels in the UK and some heavy investment is going into decarbonising the facility — funding plans to capture emissions and store them underground.

Essar Group, the India-based conglomerate, owns Stanlow and believes that, by deploying carbon capture, utilisation and storage (CCUS) technology, the plant will be able to prolong its life. It intends the business to play a key role in the UK’s plans to build out a market for hydrogen, as a low-carbon fuel for heavy industry and transportation.

“Our company view is that carbon capture will be an important part of manufacturing for our industry and that’s why we’re committing to it now,” says Jon Barden, chief operating officer of Essar Oil. “We are firmly of the belief that delivering net zero [emissions] is a good thing for us as a business, as the transition for hydrocarbons will be a long one,” he adds.

Much hinges on making CCUS a success. The UK government last year backed two CCUS clusters for fast-track development, including the HyNet north-west project that the Stanlow refinery is part of.

CCUS has a chequered history, with the UK government pulling funding in the last decade and doubts over the effectiveness of some international projects in operation.

But the UK government has recommitted to the technology and wants to have at least five industrial clusters around the country to enable the capture of emissions from heavy industry. Essar says the chemistry and engineering is widely utilised and understood in the oil industry — though generally for maximising output by reinjecting CO₂ into oilfields to squeeze out extra supply, rather than cutting emissions.

As part of the HyNet cluster in the north-west of England, the plant will be used to produce so-called blue hydrogen. Blue hydrogen is created from gas but with the emissions sequestered to create a low or zero carbon fuel. This can replace the gas used to provide power to run the facility and kick-start a wider hydrogen economy, by providing a low carbon fuel for other industries.

“We want to demonstrate that this is a viable technological solution and that we can implement and run it sustainably, as part of the company’s own transition to lower carbon,” Barden says. “The target is to get to net zero by 2040 . . . but getting to 70-80 per cent of net zero is possible within 10 years.” 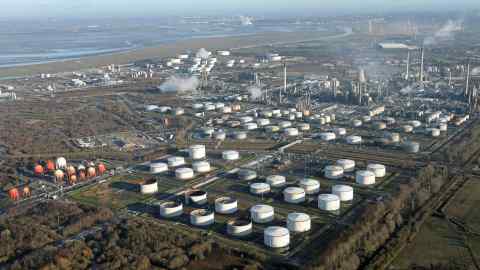 The International Energy Agency forecasts that, by 2030, 1.6bn tonnes of CO₂ will need to be captured if environmental targets are to be met. And, last year, Auora, a consultancy, estimated that a quarter of UK energy demand could be met by hydrogen within three decades, powering energy-intensive industries as well as heavy duty transport, such as buses.

However, the Institute for Energy Economics and Financial Analysis this month criticised the development of CCUS. It argued that many projects had “failed to operate at their theoretically designed capturing rates”, although it conceded that highly regulated plants in Norway had been more successful.

Essar says criticisms of the technology are overstated and, under its agreement with the UK government, its project would need to demonstrate a 97 per cent capture rate. It is due to start up in 2026.

While Essar believes that the transition from fossil fuels will take some time, requiring refineries to keep running, it sees opportunities in being an early mover in the CCUS field. 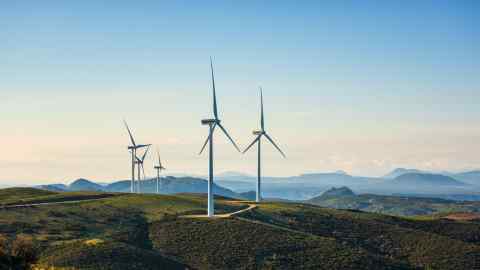 If road fuel demand falls sharply as anticipated next decade, with the UK set to phase out new petrol and diesel cars, the growth of CCUS may bring alternative revenue streams for oil refiners.

“What we’re doing is going to be relatively straightforward to replicate at a large industrial scale, both nationally and internationally,” Barden says. “We will have a configuration that will be easy to replicate for our industry and similar industries.”

The investment totalling £750mn is being made jointly with UK clean energy specialist Progressive Energy. Natural gas, and fuel gases from the plant will be converted to low carbon hydrogen, with carbon dioxide captured and stored in depleted undersea gasfields 60km offshore in Liverpool Bay. The refinery will be converted to run on hydrogen instead of natural gas.

This carbon capture remains controversial, though. Environmental groups argue it is preferable to utilise cleaner fuel sources, like renewables, that do not emit carbon dioxide at all. And the rise in natural gas prices has meant that “green” hydrogen — made with renewable energy powered electrolysers — has become more cost competitive.

But heavy industries believe they will need blue hydrogen for energy intensive processes. One of the quickest ways to develop it at scale is to twin gas-derived hydrogen with CCUS.

Barden argues that existing North Sea oil and gas supply chains mean the UK has the experience to be at the forefront of CCUS, and other developments to cut carbon emissions. “The UK is very well positioned to develop solutions for a transition to a lower carbon economy. If the country chooses to really go after this, it’s a big prize.”