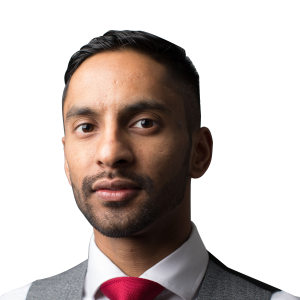 “I know I shouldn’t say this, but I haven’t got a maths brain.”

As a maths teacher, I hear this phrase all too often in the classroom and at parents’ evenings. But this time, I heard it in a TV studio.

They were the words of Jayne McCubbin, the BBC Breakfast TV presenter, when she signed up to the BBC Maths Challenge in February. Alongside presenters Naga Munchetty and Tim Muffett, Jayne courageously volunteered to take the new maths GCSE exam this summer.

Before the results came out on Thursday, she was a bag of nerves. Having achieved a grade D at O-level, she confessed that her “maths anxiety” was so great she couldn’t even look at percentage discounts in the shops. As her maths tutor, I vowed to help Jayne to overcome her fears in order to show children and adults everywhere that maths really is for everyone.

In the UK, there is sadly a widespread notion that only a certain type of person can do maths.

From my school teaching practice, I can tell you that there is no such thing as a maths brain. There are a very small minority of people with dyscalculia, a specific learning difficulty for mathematics. But the majority of people have positive or negative classroom experiences that either reinforce their view of themselves as someone who is capable of making progress, or someone who has limited capability.

In the world of maths, Eddie Woo is the nearest thing we have to a rock star. The Australian school maths teacher and YouTube sensation gave a recent TEDx talk where he explained how individual struggles with maths and numeracy can be overcome.

“Seeing has always been a struggle for me — I guess I’m just not a seeing kind of person,” he said, sending up the concept of not having a “maths brain”. Although Mr Woo has poor eyesight, he overcomes this problem by wearing glasses. Similarly, with maths, although we might not think we have an instinctive affinity with the subject, this doesn’t mean we’re destined to remain in the “can’t do maths” camp forever. 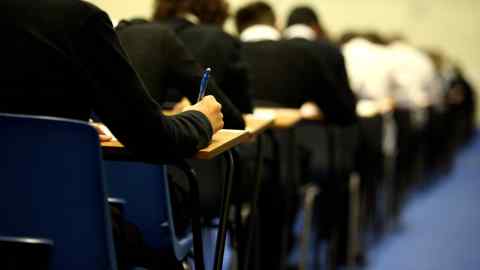 Having a “growth mindset” for mathematics can change this attitude. This is where you believe that with deliberate, targeted effort over time, you can improve.

Happily, my three BBC presenter pupils possessed this. But on results day itself, there were quips that you would need a GCSE in maths to understand the new grading system.

Most adults will be familiar with the letter-graded system from A* to G (plus the doomed “U” grade for unclassified).

Last summer, a new numerical grading scale from 9 (top) to 1 (bottom) was introduced for maths and English GCSEs, and has been extended to about 20 subjects this year.

The new grade 4 is equivalent to the old grade C (or the even older “standard pass”) and children will have to retake maths GCSE if they fail to achieve this level.

However, the old A* grade sits somewhere between a grade 8 and 9. This means grade 9 is deemed even more exclusive. So, many congratulations to anyone who achieved one of those.

Overall, the pass rate for GCSE maths improved marginally, with 20 per cent of pupils achieving a 7 or higher this year, even though the exams were said to be “tougher”.

You may well ask, why are GCSEs changing? The department for education says that the increased rigour and demand of the exams will enable young people to attain the “knowledge and skills they need to succeed in 21st century Britain”.

With the new maths GCSE in particular, there is greater focus on problem solving, and applying mathematical skills to questions where the method may not appear immediately obvious. As the guy who regularly sets the morning maths quiz on Radio 4’s Today programme, I’m in favour of this.

There is also a greater emphasis on knowledge and factual recall. Students are expected to memorise certain formulas which used to be given at the top of the exam paper.

In the modern era where Google can explain Pythagoras’ Theorem or tell us the capital city of Burkina Faso at the speed of light, do today’s students really need to commit anything to memory?

As someone who has enjoyed success on University Challenge, the BBC quiz show that celebrates rapid recall of facts on a diverse range of topics, I appreciate this can seem a desirable skill. However, in maths, knowing the formula for calculating the area of a circle does not mean you understand what it means or how to apply it.

Spider-Man has a “spidey sense” where he is able to sense imminent danger or have a vague feeling of something not being right. My students often claim that with a calculator, they don’t need to commit anything to memory (perhaps not even their times tables). But I would say they still need “number sense”.

During a statistics lesson, we worked out the average height of students in my classroom. One child blurted out that the average was 200cm. He did not question this outrageous height (my class was of normal children and not NBA basketball players). Where was his number sense? It’s all well and good claiming that calculators can surpass humans, but we still need our number sense to navigate the world.

The charity National Numeracy has a shocking statistic that nearly 50 per cent of working age adults in England and Wales have the numeracy skills expected of an 11-year-old. Mathematics is not the same as numeracy — numeracy is a subset of the main subject. However competent numeracy skills enable adults to have confidence in the day-to-day use of numbers, such as working out the percentage discount in a shop, checking the ingredients in a recipe, budgeting for a holiday or calculating repayment rates on a loan. Taking National Numeracy’s Essentials of Numeracy test online will quickly show whether you have the basics sorted, and suggest ways to improve if you don’t.

I understand that many pupils I teach will not encounter academic maths again beyond the age of 16. But maths does not stop at 16. What they will need is functional numeracy to deal with the real world. So the more confidence we can give our 16-year-olds in numeracy through maths GCSE, the better.

As for my BBC class of 2018, I’m proud to report that Tim Muffett got a grade 5 (the highest available grade on Foundation Paper) and Naga Munchetty a grade 7 (the equivalent of the old grade A).

But I got the biggest hug from Jayne McCubbin, who was overwhelmed when she opened her envelope to find she’d achieved a grade 4, equivalent to a grade C or standard pass. Now the challenge is to maintain her confidence and ability to engage with numbers. I think a celebratory shopping trip could be in order.

Bobby Seagull is secondary school maths teacher and a doctoral student at the University of Cambridge researching maths anxiety. He is a quiz enthusiast, having captained the Emmanuel College team on the BBC’s University Challenge, and a long-suffering West Ham fan. A chartered accountant and a former trader at an investment bank, his book “The Life Changing Magic of Numbers” is released this autumn. Twitter: @Bobby_Seagull Instagram: @Bobby_Seagull