Why we need to declare a global climate emergency now

Our planet is no longer stable. Old certainties about the climate are evaporating as rising greenhouse gas emissions accelerate global warming.

In June, a city in the Siberian Arctic recorded a temperature of 38C — 10C higher than the seasonal average. Data show that the Arctic is heating up twice as fast as the rest of the planet.

Meanwhile, the South Pole is warming at three times the global rate. There is evidence that parts of Antarctica have crossed tipping points and that ice will melt irrecoverably on a vast scale.

Deforestation of the Amazon rainforest is diminishing its capacity to store carbon. As early as 2035 it may flip from being a repository of carbon to an emitter, making it more difficult to restabilise the climate.

We can say with a high degree of certainty that the conditions on the planet over the past 10,000 years, since leaving the Ice Age, have been astoundingly clement relative to the preceding million years — not too hot, not too cold, and, critically, predictable, allowing us to develop societies as we know them today.

With each decade that passes, scientists have to reach further back in time to find comparable atmospheric conditions. By 2025, greenhouse gases will reach levels not seen in more than 3m years, when the average temperature was 3C-4C warmer than today and sea levels 20 metres higher.

The human and economic impacts of such increases will be dire. Researchers found that each 1C rise in average global temperature puts an additional 1bn people outside the optimal climate zone for food production and outdoor work. Under the most pessimistic scenario, 3bn people could be affected by 2070, with all the potential for hunger, mass migration and conflict that such a huge figure implies.

There is sufficient evidence to draw the most fundamental of conclusions: now is the time to declare a state of planetary emergency. The point is not to admit defeat, but to match the risk with the necessary action to protect the global commons for our own future.

Not only is the level of risk getting uncomfortably high, we are running out of time. If we are to limit global warming to 1.5C, as the UN’s 2015 Paris accord aspires to do, this is a decisive decade.

The coronavirus pandemic adds further impetus — indeed, it is a potentially transformative moment. It has changed behaviours, business models and the relationship between companies and governments. We can capitalise on this — and the heavy lifting needs to start now.

First, greenhouse gas emissions must reduce at scale, fast. Those generated by economic activity need to be halved each decade. This translates as a reduction of about 7 per cent every year.

The pandemic reduced emissions by 17 per cent in April and possibly by up to 7 per cent for the full year — the right magnitude of change but for the wrong reason. We need to achieve the same rate of reduction through innovation and structural economic change so that we can maintain the pace for the next 30 years. The good news is, the science shows this can be done.

According to the Exponential Roadmap — a multi-party report co-authored by the organisation that I head, the Potsdam Institute for Climate Impact Research — 36 solutions are needed to halve emissions by 2030. They range from greater use of wind power to more remote working to shifting towards plant-based diets. These must be rolled out in parallel.

Second, we must recognise that nature is our best friend. Half of all our emissions from fossil fuels are pulled out of the atmosphere by soils, forests and oceans. We have altered 50 per cent of Earth’s land surface, and we must stop. The science calls for zero loss of natural ecosystems from 2020 onwards.

Achieving this will amount to cheap insurance for future generations. Governments must provide the incentives to companies to enhance and restore forests, grasslands, wetlands and oceans to protect the rich diversity of life that these ecosystems support.

At the same time, farming needs to switch from being a net source of carbon emissions to an absorber of them through better management of soil and water, reduced fertiliser waste, and use of new technologies. A quarter of all greenhouse gas emissions come from food production. Eliminating them will require nothing less than a new agricultural revolution.

Video: A diet designed to save us, and the planet

While some businesses are reducing their impacts on nature, companies need to be guided by science-based targets beyond greenhouse gas emissions. Boundaries also need to be set for land and water use, biodiversity, nutrient levels and pollutants, as they all ultimately determine planetary stability.

A new international partnership — the Global Commons Alliance — has been created to identify these and provide a platform that will help organisations stay within the safe operating limits for our planet. As part of this initiative, the Science Based Targets Network will publish the first playbook for companies in September.

Investors would be wise to welcome it — and not just because they live on this planet, too. There is increasing certainty that adopting sustainable principles and science-based targets makes good financial sense.

Over the past decade, funds that incorporate environmental, social and governance concerns have outperformed non-ESG funds. In the first four months of 2020, the S&P 500 ESG index in the US beat the standard S&P 500, and similar ESG indices in emerging markets have outperformed standard indices.

The tragedy of the global commons does not have to be our fate. But to avoid it requires immediate, unprecedented collective action at scale. Every child’s birthright is a stable, resilient planet. To do nothing is to deny that birthright to future generations. 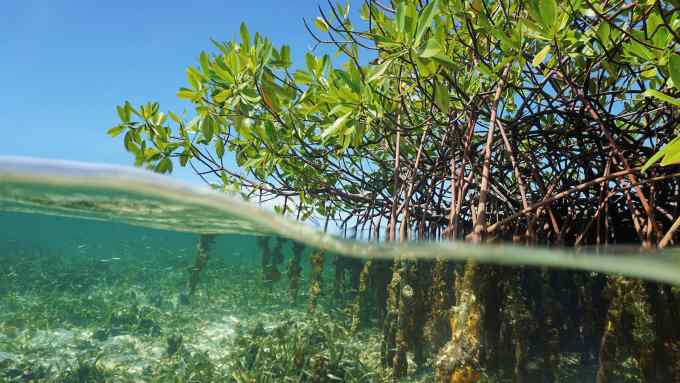