China stocks defy US blacklisting surging by nearly 20% this year

By contrast, the relaunched MSCI China index with the companies removed, was almost unchanged

Former US President Donald Trump’s push to blacklist companies with alleged links to the Chinese military has hit western investors in the pocket. But it does not appear to have hurt the sanctioned companies themselves.

Joe Biden, his successor, has delayed implementation of the ban until May 27, but all the major stock market index providers have already stripped the companies from their flagship indices — in effect, spreading the scope of the boycott beyond the US, to tracker fund investors worldwide.

So far, at least, the move does not appear to have hurt the intended targets. As of mid-April, a weighted basket of the sanctioned entities had returned 17.6 per cent, data show. Stocks such as CRRC, SMIC, China Mobile and China Telecom are up between 18 and 28 per cent so far this year.

By contrast, the denuded MSCI China index, a benchmark tracked by western exchange traded funds such as the $6.9bn iShares MSCI China ETF, had fallen 0.1 per cent.

This strong outperformance by the sanctioned entities appears counterintuitive and confounded some observers, given the forced selling by many foreign investors.

“It did seem that there were buyers out there,” says a figure at a leading index provider. “There was a concern at the beginning of the process that the traffic would be all one way.”

One possibility might be that China’s “national team” of state-backed investment institutions stepped in to support its sanctioned companies.

However, Chris Mellor, head of Emea equity and commodity ETF product management at Invesco, says the outperformance of the blacklisted companies may simply be a result of sectoral bias, rather than any stock-specific factors.

But MSCI says its analysis points to the outperformance being driven by a combination of a shift in style factors such as value and growth, and company-specific risk, with the sectoral mix not having a significant impact.

Kevin Carter, founder and chief investment officer of the $1.8bn EM Internet and Ecommerce ETF, says that, in many cases, the sanctioned stocks may simply have bounced back after the forced selling induced by US policy worked its way through the market.

Cross-border data do not point to Trump’s blacklist having any wider impact on flows of western investment into China, either.

Almost 10 per cent of the constituents, by weight, of the FTSE China 50 index, which mostly tracks Hong Kong and US-listed stocks, were affected by the ban, compared with 1.8 per cent of the sister China A50 index, focused on Shanghai and Shenzhen-listed shares, according to FTSE Russell.

Yet the assets of ETFs tracking the FTSE China 50 — the index more exposed to sanctioned companies — rose 22.7 per cent to $5.6bn in the five months to the end of March, according to Morningstar, comfortably outstripping the 7.3 per cent rise in the underlying index and pointing to strong inflows.

In contrast, ETF assets tracking the relatively unaffected A50 index rose only 2.8 per cent over same period, lagging behind the 10.4 per cent gain in that index, and meaning there have been outflows.

Similarly, data from the Institute of International Finance do not point to China being hurt by the sanctions as yet. Admittedly, foreign portfolio flows into China did peak at $43.1bn in November, the month the blacklist was announced, and have fallen progressively since to $8.8bn in March, with an even steeper fall in equity flows.

However, Jonathan Fortun, an IIF economist, says fourth-quarter 2020 cross-border flows data were pumped up by “the positive momentum regarding vaccinations, a more positive outlook on the markets overall and, in the particular case of China, the inclusion of this country into different indices.” All of this resulted in a “spectacular quarter”.

By contrast, “fears of overheating in the US and the prospects of a taper tantrum episode [a negative market reaction to the withdrawal of stimulus] made investors pull back their flows into emerging markets”, he adds.

“We have not seen any particular impact of [the] executive order in flows. We believe that the other drivers played a more significant role in flow dynamics,” Fortun concludes.

Despite this, few non-US western investors appear keen to find a way around the ban, as they are legally entitled to do.

MSCI created a series of alternative indices that retain the blacklisted companies. But, according to the index provider, most of the clients that requested these indices were from China, Hong Kong, Malaysia and Singapore.

“We did offer versions of the indices that did not take out the sanctioned entities,” recalls another index provider. “Off the top of my head, I don’t think we had anyone take them up.” 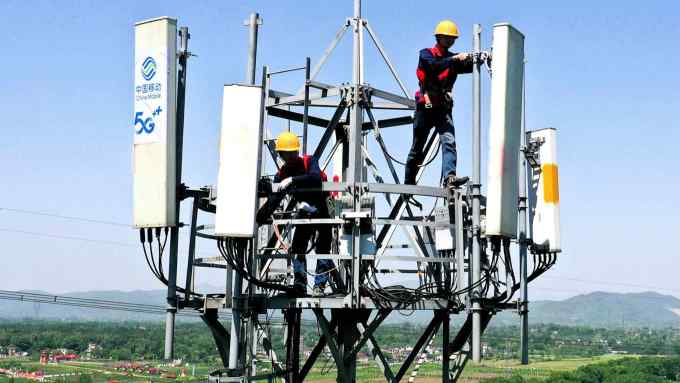