Lawyers at the front line of defending voting rights

They are fighting endemic and hidden disenfranchisement of voters. Plus: case studies in ‘social justice and the rule of law’

Hard on the heels of defeat at the ballot box, US President Donald Trump deployed a battery of lawsuits to try to cast doubt on the legitimacy of his opponent Joe Biden’s victory. To many attorneys specialising in election law, it was a cynical attempt to manipulate the courts into disenfranchising millions of voters.

When district court judge Matthew Brann threw out the president’s attempt to invalidate election results in Pennsylvania, he was damning of Trump lawyer Rudy Giuliani’s efforts, calling them “strained legal arguments without merit and speculative accusations”. Overt as Mr Giuliani’s efforts were, lawyers who fight unfair election practices across the US say most disenfranchisement attempts are more endemic and concealed.

Stanton Jones, a constitutional lawyer with Arnold & Porter in Washington DC, says election laws in the US are riddled with hidden traps that can cost citizens their voice in democracy. “Whether it’s an overly burdensome voter ID law or a gerrymandered map designed to predetermine the outcome of elections before any ballot is cast, these kinds of laws are anti-democratic and unconstitutional,” he says.

Earlier this year, Arnold & Porter partnered with non-profit law firm Forward Justice to fight disenfranchisement in North Carolina. The team forced the state to strike down a law that prohibited North Carolinians from voting if they owed fines or other debts arising from a felony conviction. The win meant thousands more, mostly black, citizens could vote in the presidential election, says Forward Justice co-director Daryl Atkinson, whose non-profit works to improve racial and social justice in southern states.

The lawyers succeeded by keeping the case in the state court, and therefore subject to North Carolina’s laws, rather than having it moved to federal court and litigated under the national constitution. The federal courts — and ultimately the Supreme Court of the US — are an unfriendly venue for voters’ rights, says Mr Jones. “Our baseline assumption is that the US Supreme Court is pretty much always going to do the wrong thing on voting rights,” he says. One of the greatest impediments to voter equality, he adds, is a 2013 case that stripped the country’s voter-protection laws of much of their potency.

In Shelby County vs Holder, the Supreme Court removed a requirement that state and local governments must gain clearance from the federal government before changing election laws. The 1965 Voting Rights Act (VRA) provision had been aimed mostly at southern states because of a history of discrimination against African Americans. Dissenting against her peers, the late Justice Ruth Bader Ginsburg said throwing out the provision was “like throwing away your umbrella in a rainstorm because you are not getting wet”.

After the Shelby ruling, all but a couple of the states covered by the VRA enacted restrictive or regressive voter-suppression laws, says Mr Atkinson. “The origins of many of these voter-disenfranchisement laws are enacted consistently with racist intent and are still producing those same outcomes,” he says.

Yet even northern states seen as more progressive have laws that serve to suppress the minority vote. In New York state, the League of Women Voters sued to change what it believed were “flawed” absentee ballot verification requirements in time for the 2020 election.

How states verify the validity of absentee ballots varies dramatically. Some check personal information against voter registration records, while others require signatures to be verified. Ballots can be rejected for trivial reasons such as extraneous marks on the envelope. In New York state, lawyer Danielle Lang, voting rights co-director at democracy watch­dog Campaign Legal Center, says ballots were often rejected for being completed, quite legally, in pencil rather than ink.

Ms Lang, who represented the League of Women Voters, found the rate of ballot rejection in 2018 in New York state was 15 per cent, one of the highest in the country. “Only 3 per cent of the population was voting by mail, so we were worried what would happen if more people used the absentee system.” Not only were the reasons for a ballot’s rejection often unclear, but voters were not told or allowed redress. 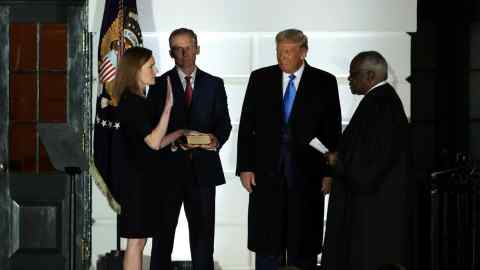 “There were a lot of subjective reasons why ballots were being discarded,” says Joshua Margolin, a partner in New York City with Selendy & Gay, which worked with Ms Lang. “If something is wrong with their ballot, voters should be told and have an opportunity to fix that.”

Mr Margolin and Ms Lang’s recommendations formed the basis of new guidelines for election officials. “Elections boards used to think that if everything wasn’t 100 per cent by the book, they should throw out the ballot,” says Ms Lang. “We explained that they should err on the side of the voter — on the side of including ballots that are cast by eligible voters.”

At the time of writing, absentee ballot rejection figures were not available. However, the New York State Board of Elections says because of the pandemic, about 2.5m citizens across the state requested an absentee ballot — about five times the number for the midterm elections in 2018.

Researched and compiled by RSG Consulting. ‘Winner’ indicates that the firm won an FT Innovative Lawyers 2020 award; other organisations are listed alphabetically

Get alerts on Law when a new story is published 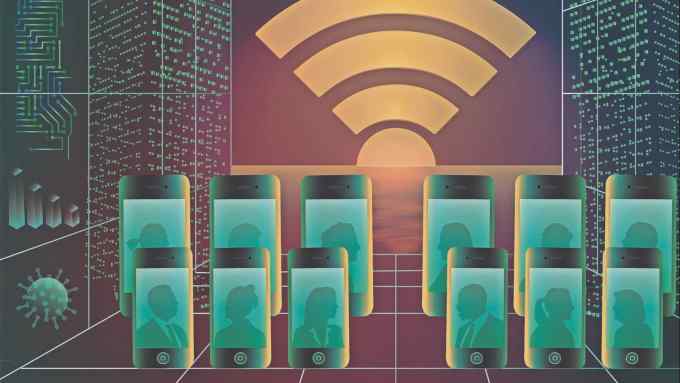