Manipulating DNA to make pathogens more harmful is essential to understand how they behave, proponents argue

Earlier this month, two members of US Congress from opposing parties joined forces to introduce a bill that would halt public funding of controversial research: the tweaking of viruses’ DNA to make them more dangerous.

This was a rare act of bipartisanship in an increasingly divided Washington. But what was especially remarkable was their agreement on this particular field of science, which has become intensely politicised due to the debate over the origins of Covid-19.

“The Pausing Enhanced Pandemic Pathogen Research Act is the best path forward to ensure that we avoid US taxpayer funds from falling into the wrong hands,” said Democratic Henry Cuellar, who teamed up with Republican colleague Buddy Carter on the bill.

“I look forward to working closely with colleagues on both sides of the aisle to ensure that we pass responsible legislation for our futures.”

This so-called “gain of function” research has been an area of debate among scientists for many years. But it has only recently become an issue for mainstream politicians.

It refers to a branch of science in which researchers take known pathogens — often viruses — and manipulate them to make them more transmissible, or more likely to cause severe illness.

Those who carry out such work say it is essential to understand how such pathogens behave, in order to predict what could cause a pandemic and how to fight it if that happens.

However, others believe the risk of super-dangerous viruses escaping from labs is too high to make the benefits worthwhile.

Accidents occur at even the highest-security labs. In 2019, the US Centers for Disease Control and Prevention found that dangerous toxins had been lost from US labs 13 times and accidentally released 219 times.

Many now believe that Covid-19 might have its origins in the work on bat coronaviruses being carried out at the Wuhan Institute of Virology in China — some of which was funded by the US government.

Last month, the Biden administration produced a report into Covid-19’s origins, which showed that US intelligence agencies are split on the question, with one agency believing “with moderate confidence” that it came from the Wuhan lab.

Carter said: “Evidence continues to mount that Covid-19 originated from the Wuhan Institute of Virology with research funded by US taxpayers. We must double down on our efforts to prevent irresponsible research and protect our communities from future pandemics.”

He is one of many Republicans who believe it is likely that Covid-19 originated in a laboratory in China. But Democrats have largely steered away from such explanations, worried that some supporters of such views are motivated more by a dislike of China than by the scientific evidence.

Democrats also worry that the focus on gain of function work is being driven by a desire to damage Anthony Fauci, director of the US National Institute of Allergy and Infectious Diseases.

As head of NIAID, Fauci was ultimately responsible for government grants for gain of function work. But he has also become the target of attacks by supporters of Donald Trump, who believe he helped undermine the former president by contradicting his efforts to downplay the risks of Covid.

Mike Gallagher, a Republican member of Congress from Wisconsin, recently called for Fauci to resign over the government funding of research at Wuhan.

Peter Hale, executive director at the Washington DC-based Foundation for Vaccine Research, says: “The chances of the Cuellar-Carter bill gaining traction and passing in the House of Representatives are slim indeed if Democrats perceive the bill as an attack on Fauci and the [National Institutes of Health].”

“This is unfortunate,” he argues. “Pausing taxpayer funding for high-risk gain-of-function experiments with highly transmissible, highly pathogenic influenza viruses and coronaviruses like Sars-Cov-1 and Sars-Cov-2 is more than warranted at this time. 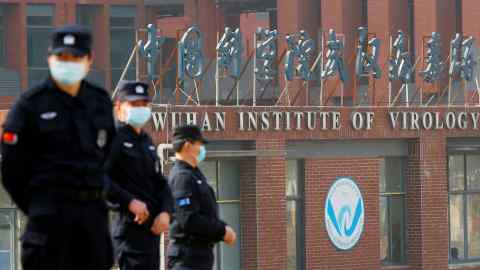 “The last thing we need in the middle of a global pandemic that has already killed at least 4.5m people is risk making such viruses even more dangerous.”

Some worry that the debate threatens to derail wider discussions about lab safety: the political row over Covid’s origins, they argue, could distract from the more pressing issue of the potential risks posed by China’s and Russia’s race to build more high-security research facilities.

Filippa Lentzos, a senior lecturer in science and international security at King’s College, London, says: “If this becomes too politicised, we are going to lose sight of the bigger picture. We have to make sure that what the research people are doing is safe, secure and responsible.” 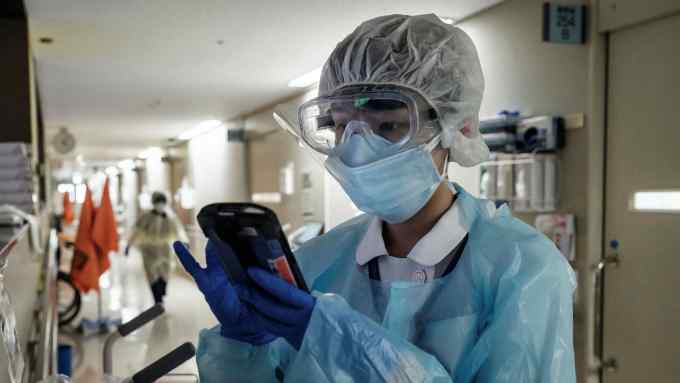