How to hedge — with care — against a market correction 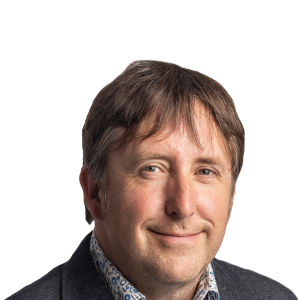 How can you hedge your investments against downside stock market risk — and possibly even make a profit — if the market tanks?

By “tank”, I mean a proper correction of 10 to 30 per cent. It’s worth thinking about, because I believe this scenario is growing more possible, even probable, by the day.

Market experts have always made a point of warning individual investors of the risks of attempting to time the market, but people are nonetheless left wondering what they can do when they consider what so many market observers are telling them: that US investors in particular are ignoring some increasingly obvious warning signs over the withdrawal of quantitative easing, inflation and problems in China.

So if you’re an adventurous type keen to try your hand at timing the market, what should you invest in?

Spread betting offer all sorts of leveraged, or geared, ways of playing the ups and downs of markets but they come with challenges which make them a no-no for me: you have to open and fund a separate account, you can’t use a tax wrapper like an Isa and unless you plan properly you could end up losing more than you initially invested.

An alternative is short and leveraged (S&L) trackers. These track major indices and gear up returns on the upside (leveraged) by between one to three times the daily return and on the downside (short) by the same. Many of the big issuers of exchange traded funds, such as WisdomTree, Deutsche Bank and Legal & General Investment Management, are active in the S&L space.

Traditionally, anyone talking about these products, which track daily returns, issues a health warning — because if you sit tight in them for anything more than a few days, you could seriously destroy your wealth.

As I said, that compounding of daily volatility is a killer. Once we get to weeks and months, the effect can be catastrophic. No wonder these products have been pigeonholed as suitable only for day traders.

But it doesn’t have to work that way. S&L products can be a life saver if you want to hedge a portfolio over weeks and even months. Markets don’t always just randomly bob up and down. They trend, though there is variation within that trend.

Why? Because investors are like a madding crowd, liable to switch from bull to bear based on market narratives which tend to last for extended periods of time (by that I mean weeks and even months). Let me explain with some hard numbers.

In each case, if you’d bought a short leveraged tracker on, say, the S&P 500 at the bullish high and then sold at the bearish low, you’d have made spectacular profits (and spectacular losses with the leveraged version).

That level of foresight is entirely implausible, though. So I went back and looked at a longer period, in most cases a good three weeks before the bullish high and then a few weeks after the bearish low. Apart from September 2020, you’d still have made decent profits or at worst lost a percentage point or two (in 2015-16).

Take February 2020. The bullish peak for the S&P 500 was around February 21 and the bearish trough was March 23. The S&P 500 fell a terrifying 33 per cent over those four weeks. By contrast, LGIM’s 2x time short tracker increased by 86 per cent and WisdomTree’s 3x tracker shot up by 132 per cent.

But what happens if you’d have bought the same short trackers on February 1, then sat tight until April 2020 when markets were aggressively rebounding?

The traditional warnings would have said disaster awaits. In fact, both the 2x and 3x examples notched up a gain of between 30 and 35 per cent. Clearly, if you’d have waited to get out until mid-April, when markets were really storming ahead, you’d have been throwing good money after bad, but my general point stands. These daily trackers can work over weeks and even a few months.

For further evidence, consider the opposite scenario — bullish markets, where the trend has been consistently increasing over the past year. Over the 12 months to October 25 2021, the S&P 500 is up about 31.7 per cent. But a 2x leveraged (bull) tracker from LGIM is up 74.4 per cent and a 3x one from WisdomTree is up 123 per cent. Even moving the start days around by say a week or two doesn’t make much difference in terms of returns.

So the key is to focus on watching the mood of the market and trying to make sure you aren’t too late to a drastic change in sentiment. It also pays to watch your tracking index. Consider gold. We’ve all been trained to think that gold is a safe haven asset that should do well when investors panic. Thus, one would have thought that a gold leveraged short tracker would do well in market turmoil. Sadly, the numbers suggest otherwise. Only the market upset in September 2018 provided much relief.

A riskier index might sell off more aggressively in market panic. The FTSE 250 has much smaller companies, by market capitalisation, than the FTSE 100 and sold off by 40 per cent in February last year. The 1x short on this index from WisdomTree actually increased in value by nearly 60 per cent from peak to trough. Even adding a few weeks either side, you’d still have made 40 per cent.

So for the adventurous investor who understands the risks and is willing to think short term — but not turn into a day trader — short and leveraged trackers can and have made sense. Just treat with caution.

David Stevenson is an active private investor and has interests in securities where mentioned. Email: adventurous@ft.com. Twitter: @advinvestor