It was on Christmas Eve that Britain’s vintage watch dealers learnt their traditional trading route had been, in effect, cut off. Just as they were sending out their final festive orders, many to the EU, the news came that they had been left out of the post-Brexit value added tax margin scheme.

This scheme has long been vital to the UK’s pre-owned watch market, allowing dealers who survive on wafer-thin profit margins to pay a reduced VAT rate on profit, rather than a product’s total value. Second-hand watch dealers in the UK have historically done the bulk of their sourcing in mainland Europe because it offers a wealth of supply and lower prices.

But this way of doing business is now under threat, as watches bought from the EU from January 1 are subject to a 20 per cent import tax. Once paid, this excludes the goods from the margin scheme, meaning dealers then have to charge 20 per cent VAT on the full price of the watch, making it more expensive for the consumer and less lucrative for the dealer.

Mike Viney, an independent dealer and founder of Vine Auctioneers, says the new regime has caused him to cease trading with his regular EU-based suppliers. “The ability to sell under the margin scheme makes a huge difference for pre-owned watches, because so little profit margin exists in what is now a very competitive market,” explains Viney, whose margin could be as little as £200 per watch before Brexit.

“It makes it almost impossible to sell a pre-owned watch competitively. Watches like Rolex have an internationally recognised value, with not much price difference whether you are buying from the UK or EU. So being forced to effectively charge 20 per cent more on watches that you have sourced from the EU is a real problem.”

Pre-owned online luxury retailer Xupes — which sells watches, jewellery, handbags and art from its Hertfordshire base — estimates it previously sourced 30 per cent of its goods under the margin scheme from the EU. The company had strong sales in Europe and opened a base in the Netherlands in 2019. Before Brexit, stock could flow freely between the two offices, incurring only postage of about £50 per watch. Now, it faces having to keep two separate stock holdings, further complicated by the fact that its watch service centre is in the UK.

“It has massively reduced our EU sales from 25 per cent of our business before December to 2-3 per cent now,” says Joe McKenzie, Xupes chief executive. As a result, sales in the first two months of 2021 were down £600,000 year on year.

McKenzie says that, because the strong growth in the pre-owned watch market over the past year has continued, the lost sales for 2021 could turn out to be even greater.

At auction house Fellows in Birmingham, which holds a luxury watch auction every two months, interest from European buyers has shrunk. In February 2020, 34 per cent of its pre-bids were registered by EU buyers; the figure this February was 14 per cent.

However, Fellows operations director Ben Griffiths is keen to point out this could also be the result of the general post-Brexit customs confusion. “It’s hard to tell which one has had the most impact,” he says. “I don’t doubt [the margin scheme is] a factor, though. I hadn’t really appreciated the whole horror of it.”

What seems to flummox watch dealers is just why second-hand goods have been excluded from the margin scheme when art, antiques and specific collectors’ items were not.

While HM Revenue & Customs has confirmed the exclusion, it has not provided a reason, saying “there may be specific cases where vintage watches qualify”, and pointing out that imports of second-hand goods from the majority of global markets have never been eligible for the scheme.

“It feels like an own goal and both sides are hurting,” says Viney. He has started an online petition to ask the government to reduce import duty on second-hand goods to 5 per cent, in line with other imported items eligible for the UK margin scheme, to “allow for prices of second-hand goods to be kept at a competitive and reasonable price for consumers”. It has so far gathered more than 4,600 signatures.

Not all watch dealers are behind the campaign, though. While he “has sympathy” for other dealers, James Marks, director of auctioneer Phillips’ international specialist watch division, believes the change could bring about a cull of dealers that perpetuate a culture of undercutting on price. “UK dealers are not forced to source in Europe,” says Marks, suggesting that those bereft at the loss of their cheapest source of watches are more focused on their bank balances than serving clients.

With a global customer base and deep pockets, Phillips pre-empted the margin scheme exclusion, building up enough stock to see its Perpetual boutique in London through the first half of 2021, with online sales during lockdown. “There was always a chance that on January 1, watches would be 20 per cent more expensive to import, so it was a policy of mine to have stock in the UK,” says Marks, who focuses on rare, hard-to-find luxury watches over more commodified stock.

“[In the UK], you have an ever-increasing collector market and money is relatively cheap to obtain — it’s a perfect storm. That’s why I think dealers should not be negative.”

McKenzie argues that the loss of the margin scheme is likely to perpetuate the wheeler-dealer stereotype, with more lured to the grey market through trading in undeclared goods. However, he shares Marks’s optimism about the domestic market. “We’ve changed all our marketing and are buying a lot more from the public now, transacting more with individuals, and that’s been a positive shift,” he says.

Even though the market may become more insular and expensive because of Brexit, McKenzie does not see demand for pre-owned watches decreasing as a result. The challenge, he says, is simply to find new ways of making a profit and sourcing competitively in a market that has become more complex to navigate since losing its ties with Europe. 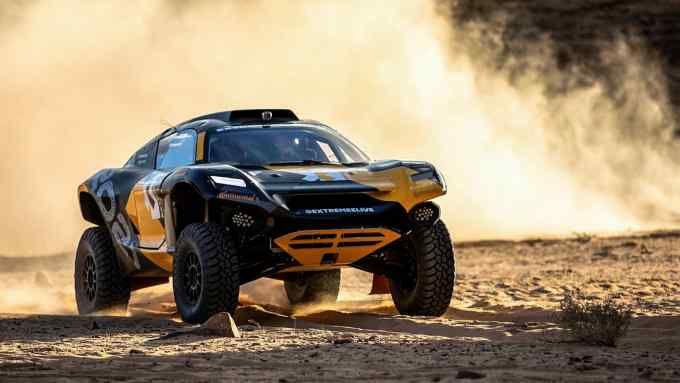