While the speed of the Taliban’s assault on power in Afghanistan took the world by surprise, it has also provided a test of Uzbekistan’s aspirations to act as a regional powerbroker.

In mid-July, as the militant group captured swaths of territory along Afghanistan’s borders with Uzbekistan, Tajikistan and Turkmenistan, officials from across Central Asia arrived in the Uzbek capital, Tashkent, for a pre-arranged conference on “connectivity”. That topic was soon supplanted by the unfolding military takeover next door.

President Shavkat Mirziyoyev would not have minded the hasty change of agenda.

Since taking control of the country in 2016, he has sought to repudiate the closed-off, repressive regime built in the later years of his predecessor Islam Karimov, who ruled for 27 years.

While doubts remain over the promise of new domestic freedoms, shifts in the country’s foreign policy are unmistakable: the region’s largest country by population is not only cultivating a leadership role among its post-Soviet neighbours, it is also seeking to lead through collaboration, rather than coercion.

Five years on from that pivot, the Taliban’s return to power in Afghanistan may provide a test of this new approach, and the response of Uzbekistan’s neighbours in a region criss-crossed with geopolitical faultlines. 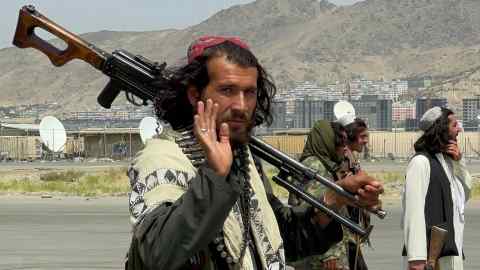 “Uzbekistan now sees the relations with the four other Central Asian states as its priority — during Karimov’s time this was completely the opposite,” says Temur Umarov, a regional expert at the Carnegie Moscow Center.

“Afghanistan is seen by Tashkent not so much as a source of threat but as a source of international attention. Since Mirziyoyev came to power, he has actively exploited the Afghan theme to draw attention to the importance of Uzbekistan in the region.”

Since gaining independence during the fall of the Soviet Union, the five Central Asian countries of various democratic, demagogic and dictatorial stripes have long struggled to forge true geopolitical collaboration in the face of internal instability and mutual distrust.

Trade disputes, ethnic rivalries and border clashes are frequent. In a flare-up in April between Tajikistan and Kyrgyzstan, more than 50 people were killed amid fierce exchanges of machine gun and mortar fire.

Moscow, the historical external hegemon, and Beijing, its newly ascendant rival for influence, play their own games in the region, intent on securing trade and security priorities while resisting strong regional co-operation.

But the Taliban’s return to power, and the wider regional instability that looks set to follow as a result, may provide an external prompt for the five countries to see the benefits of working together.

Uzbekistan certainly hopes so. Tashkent regularly reminds its regional partners that it was the first to host a delegation from the militant group more than three years ago, and it has spent the past month building on those links with Taliban leaders.

It has so far sought a balanced approach to the now-empowered militants: beefing up border security, but also condemning Afghan soldiers who defected and crossed into Uzbekistan in the final days of the ousted regime.

In his pitch for a joined-up regional approach to Kabul, Mirziyoyev can point to five years of multilateral outreach.

He has travelled regularly to meet other Central Asian leaders and, in the early days of his presidency, set up an annual summit meeting solely for them — a first for a group of countries that had previously only met under the auspices of Russia, China or a larger global body.

“Mirziyoyev reinvented Uzbekistan as a country open to economic and political co-operation,” says Erica Marat, associate professor at the College of International Security Affairs in Washington DC. “He repaired Uzbekistan’s relations with the neighbours . . . Mirziyoyev wants to present Uzbekistan as a driver for regional integration.”

Under the old Karimov regime, Uzbekistan’s borders with Tajikistan and Kyrgyzstan were riddled with landmines. Under Mirziyoyev, a new visa-free regime allows citizens to cross those borders freely.

However, Mirziyoyev still has to find a mutually acceptable arrangement with Kazakhstan — by far the region’s largest player by gross domestic product and territory, and for decades Uzbekistan’s rival for leadership of the region.

While their competition for investment and trade will endure, there are signs that the Kazakhstan government supports Tashkent’s initiative to lead a more cohesive region.

Kazakhstan and Uzbekistan are jointly pushing for a cross-region Silk Road visa that they say will boost tourism and business opportunities. Similarly, resource sharing during the Covid-19 pandemic demonstrated the benefits of co-operation when tackling a common problem.

While these are minor victories in comparison to generations-old territorial contests or disputes over water supplies, they at least prove Tashkent’s theory that compromise can be found.

Mirziyoyev now hopes the insecurities over the return to Taliban rule next door — and the end of a US military presence in the region — convinces his previously sceptical neighbours that there is strength in numbers. 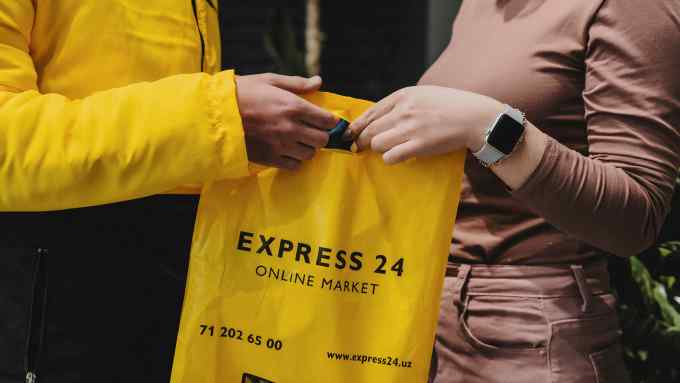