Lawsuit against Toyota shows how corporate Japan is changing 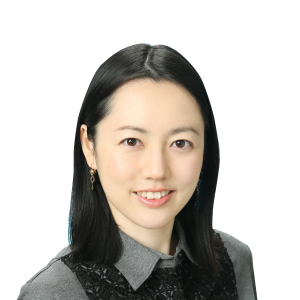 In 1997, when Toyota launched its Prius hybrid, it was a product that symbolised environmental ambitions that outpaced many of its global rivals at the time. Nippon Steel also quietly played its part by supplying new energy-saving steel material for the petrol-electric vehicle.

Nearly a quarter of a century later, the rock-solid relationship between the world’s largest carmaker and Japan’s biggest steelmaker is coming under strain.

In mid-October, Nippon Steel filed separate $176m lawsuits against Toyota and Chinese steelmaker Baoshan Iron & Steel (Baosteel), accusing them of patent infringement related to its steel sheets used in motors for hybrids and electric vehicles. It also took the unusual move of seeking an injunction from the Tokyo District Court to prohibit the manufacturing and sale of Toyota vehicles using the material in question.

Baosteel has denied the allegations, saying it will “resolutely defend the company’s rights and interests”. A shocked Toyota said it had confirmed with the Chinese group that there was no patent infringement.

Patent infringement lawsuits are common, but Nippon Steel’s move against Japan’s most powerful company is extraordinary in a country where suppliers rarely challenge their biggest clients. The allegiance has been particularly ironclad in the auto-steel industry where carmakers are notorious for demanding aggressive price cuts from steelmakers while seeking constant improvement in performance.

That power balance may now be changing. With the global drive for carbon neutrality, both Toyota and Nippon Steel are under pressure to invest heavily in new products and technologies while traditional sources of revenue are in decline.

Nippon Steel is betting on higher-margin products — such as the steel sheets in question in this lawsuit that it claims will help to improve the performance of motors in electric cars.

Company executives have openly questioned the traditional pricing system in recent months, saying contracts that forced it to absorb most of the fluctuations in raw material costs put it at a disadvantage compared to global rivals.

So far, no one knows who will emerge as a winner in the zero-carbon era, but it is precisely this uncertainty that may be reshaping the historical ties between Toyota and Nippon Steel. Although it was a pioneer in hybrid vehicles, Toyota was slower to embrace electric vehicles.

An M&A lawyer at one of Japan’s Big Four law firms suggests Nippon Steel may not have sued one of its main customer if it was clear that Toyota would maintain its leading position despite the disruption caused by electric vehicles and the entry of new IT giants.

With a company as influential as Nippon Steel pursuing such a move, others may also feel emboldened to take similar action in cases where they suspect patent infringement. “People may look back at this case as a rare turning point,” the lawyer said.

To be sure, there are technical reasons why Nippon Steel had to sue Toyota. Its main target is Baosteel, but the patent under question is not filed in China so it had to bring the lawsuit in Japan, inevitably drawing Toyota vehicles using the technology under question into the case.

Toyota insists the dispute should have been resolved between the two companies. People close to the carmaker deny any link between tensions over pricing with Nippon Steel and the current lawsuit.

Whatever the outcome of the lawsuit, the implications are serious.

Fumio Kishida, Japan’s new prime minister, has declared the protection of intellectual property as a core part of his strategy to strengthen its economic security.

Japanese companies are gradually becoming more aggressive in hunting down stolen patents and technology leaks, as highlighted by Nippon Steel’s $1.2bn lawsuit against South Korean partner Posco for alleged theft of trade secrets in 2012. (The case was later settled with a $250m payment from Posco.)

Another factor driving the change may be the pressure companies are under to improve their corporate governance. If, in the past, executives were disinclined to upset clients or partners, companies must now also consider the risk of hurting shareholder interests by ignoring the cost of patent infringement. One former Nippon Steel executive says the logic that a company cannot sue its customer is outdated and out of line from global practice.

It remains unclear how the lawsuit will affect future relations between Nippon Steel and Toyota. But if both the Japanese government and the corporate world are serious about protecting the value of their IP, the country should no longer be so stunned when corporate giants engage in legal spats at home as well as overseas.