What is Mifid II and how will it affect EU’s financial industry?

The EU’s ambitious regulatory reforms, known as Mifid II, are poised to transform Europe’s financial industry. Here’s what you need to know.

What is Mifid II?

A revamped version of the Markets in Financial Instruments Directive, or Mifid II, is designed to offer greater protection for investors and inject more transparency into all asset classes: from equities to fixed income, exchange traded funds and foreign exchange.

The extensive piece of legislation, seven years in the making, already has more than 1.4m paragraphs of rules, which will grow as regulators complete the final standards in coming months.

When will it start?

From January 3, one of the EU’s most ambitious, yet controversial, packages of financial reforms will be rolled out.

Why is it being implemented?

The original Mifid was intended to be a cornerstone of EU efforts to create a single financial market for the bloc that could rival the depth and dynamism of the US capital markets.

It mainly sought to end the monopoly of stock exchanges and drive down overall trading costs for investors, and, in its small way, contribute to economic growth.

Its arrival in November 2007 coincided with the onset of the financial crisis and the subsequent years exposed Mifid’s shortcomings in focusing on equities.

The review has more ambitious and structural aims: not only will it update existing rules to keep up with technological developments but will tackle what global policymakers saw as “under-regulated and opaque aspects of the financial system”. That included the vast off-exchange markets, such as derivatives and bonds.

How far-reaching are the new rules?

The new rules cover virtually all aspects of trading within the EU. They reach across the financial services industry, from banks to institutional investors, exchanges, brokers, hedge funds and high-frequency traders.

If a fund manager wants to buy anything that has an underlying product listed in the EU — such as an HSBC option in Hong Kong — it falls into Mifid’s scope, no matter where the asset manager is based. Another instance would involve an EU-based investor purchasing shares in Apple as the US group has a secondary listing in Germany.

But it goes much further. Buried within Mifid is a regulatory desire to push more trading away from the phone and on to electronic venues, which come with better audit and surveillance trails.

That will mean a wave of data, likely to be measured in petabytes. Institutions will have to report more information about most trades immediately, including price and volume.

Trades will be timestamped, to 100 microseconds for some, while information in documents for transaction reporting will stretch to more than 65 fields. It must be stored for a minimum of five years for example, while banks and brokers will be forced to show customers that they were offered the best available price for their trades.

The Road to Mifid II:
key dates and milestones

The original Mifid comes into force

European Commission formalises Mifid II, which will partly be a revised directive (Mifid) and a new regulation (Mifir)

Esma, the pan-European regulator, publishes its proposals for turning the laws into working technical standards

EU formally delays introduction of Mifid II by a year

One of the most high-profile aspects of the legislation involves how asset managers pay for the research they use to make investment decisions. It is a bullet to what regulators saw as a conflict of interest at the heart of trading that hurts fund managers’ clients: pension funds, ordinary savers and retail investors.

Until now, asset managers received research, including written reports and phone calls with analysts, for free, although the cost of this service was built into trading fees, which are usually paid by fund managers’ clients.

For the first time, fund managers will have to budget separately for research and trading costs, a move known as unbundling.

Longer-term, institutional investors will have more evidence to grill their brokers that they are doing their best. That may encourage fund managers to seek alternative ways in the market to execute their trades, much as they turned to equity dark pools after the original Mifid.

Will the regulation have an impact beyond Europe?

Yes. EU demands for the personal details of traders are already rubbing up against privacy rules in other parts of the world, such as Asia.

The new regime on research payments poses a significant challenge for US brokers. Under local rules they cannot receive direct payments for research unless they are formally registered as investment advisers. This means, in theory, that they will not be able to provide research to European clients — who will be obliged to make direct payments for this service — from 2018.

The Securities and Exchange Commission, the US regulator, has the power to waive the rules and allow brokers to receive direct payments for research from investors who are subject to Mifid. It is expected to make a decision by October. But once a precedent has been set, US brokers may come under pressure to follow European standards.

What can we expect on the first day?

Nobody really knows because many parts of Mifid II go further than any other piece of markets legislation. But it is unlikely to be a Big Bang as some institutions are woefully underprepared.

And there is one final sting in the tail. Mifid II comes into effect not on the first trading day of the new year but the second. The entire industry faces the prospect of switching their systems overnight in midweek, so business may be muted. A new, but uncertain, world awaits.

Hefty finance plans could have been published online / From Harry Boggis-Rolfe, London, UK 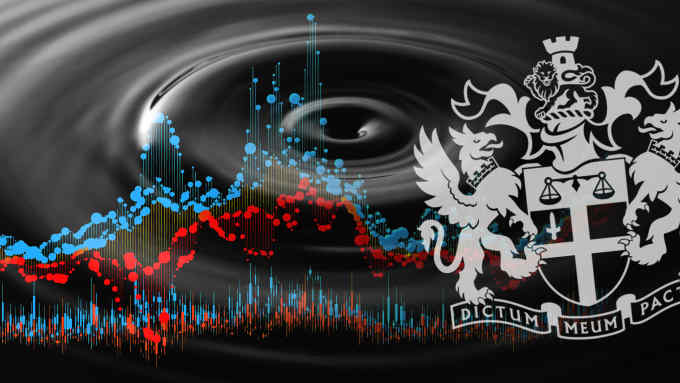