What an EU-China investment treaty would mean for companies 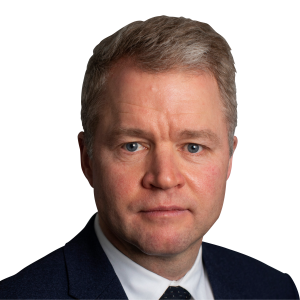 Negotiators are racing to agree a treaty on investment between the EU and China, which European businesses have long hoped would rebalance the relationship between the two giant markets.

It is intended to make it easier for European companies to invest in China, while safeguarding the EU’s much more open market for Chinese businesses.

Until recently, Beijing was in no hurry to do a deal. But in the countdown to the inauguration of Joe Biden as US president, the Chinese leadership is pulling out the stops and offering concessions. Striking a deal with the EU on market access would be a coup for China’s president Xi Jinping. It would make it harder for the EU and the new US administration to make common cause on market opening and non-discrimination.

Several prominent European China experts have made the case against rushing into the so-called Comprehensive Agreement on Investment. They argue the EU risks losing leverage and could encourage Chinese assertiveness. The EU, they say, would be committing “the same mistake of partial and uncoordinated deal making” of which Europeans accused US president Donald Trump.

Some European parliamentarians are preparing to do battle, when it comes to ratification of any deal, on labour standards and human rights. “Trade policy does not take place in a vacuum — how the question of forced labour is addressed in the CAI will determine the agreement’s fate,” warned Bernd Lange, chairman of the European parliament’s trade committee in a tweet this week.

Putting aside the geopolitics, would an agreement actually be much good for European businesses operating in China or seeking to invest there? It is hard to say for sure because the negotiations are, regrettably, confidential (an opacity that will not help win parliamentary or public support).

Negotiators on the EU side say China made a series of concessions in recent weeks that would have been unthinkable a few months ago and Brussels wants to capitalise on Beijing’s sudden eagerness to cut a deal.

The concessions included a removal of barriers to foreign investment in electric vehicles, telecoms and private hospitals — sectors that are coveted by European industrials. China is also willing to open financial services, real estate and shipping services where the opportunities may be less evident. Beijing has a record of opening up markets where Chinese incumbents have already built up impregnable positions, such as banking or payment services. Once allowed in, foreign companies also face all sorts of licensing and administrative requirements.

Foreign insurers, given access under China’s 2019 foreign investment law, have to apply for licences province by province, one at a time. Commitments to create a level playing field under this agreement would help reduce discrimination against foreign companies — in theory.

The other notable Chinese concession is to accept, for the first time in a bilateral agreement, disciplines on state-owned enterprises and greater transparency over industrial subsidies. Having made such a promise to the EU, Beijing could come under pressure to offer the same to the World Trade Organization. But much will depend on the precision of Beijing’s commitment and how it is enforced.

The putative investment agreement will do nothing to open up China’s procurement market. Beijing has balked at EU demands for a binding investor court system to settle disputes. So EU negotiators appear to have settled for looser arbitration. It may do little to encourage companies to sue the Chinese government — not that many are likely to think it worth the risk of political retaliation.

A deal looks as if it will fall well short of European business groups’ demands that the EU and China enshrine the notion of reciprocity in their investment relationship and provide a high level of protection for investors and their investments.

If measured against original European hopes for a “fundamental rebalancing of the EU-Chinese economic relationship . . . it is not a very good deal”, said Mikko Huotari, director of the Mercator Institute for China Studies in Berlin. But Beijing now seems increasingly confident about its own divergent path of economic development, with tough security screening of foreign investment and an ambitious industrial policy. “Is it progress against the status quo?” Mr Huotari said. “It really is.”

Get alerts on Global trade when a new story is published