What does the rise of female farmers mean for agriculture?

Minette Batters, a beef farmer from Wiltshire in southern England, is becoming the public face of farming in much of Britain.

Elected this year as the first female president of the National Farmers’ Union of England and Wales in its 110-year history, she is in the frontline of the battle to save UK food production from a disastrous Brexit.

Ms Batters is part of a growing trend. Women made up only 14.9 per cent of registered farm holders in the UK in 2016 according to the government’s Department for Environment, Food and Rural Affairs, but in many countries around the world, farmers are more likely to be women than men.

“In several countries around the globe agriculture is feminising, either because men move out of agriculture or because women engage in different types of agricultural employment,” the World Bank said in December 2016. In most countries of sub-Saharan Africa, women make up more than 50 per cent of farmers, it found; in some more than 60 per cent.

Conflicts often accelerate the feminisation of agricultural production as men leave home to fight. In Chad women were 28.9 per cent of agricultural workers in 1980 but 56.9 per cent in 2010. In neighbouring Libya, the female share surged from 37.2 per cent to 69.9 per cent. In the intervening years, the two countries fought each other, then Chad fell into civil war and Libya followed suit in 2011.

Population growth and male emigration in search of employment are also driving forces. Syria and Yemen showed a strongly rising proportion of women working in agriculture before the current conflicts broke out.

The trend is not confined to Africa. It is also evident, said the World Bank, in parts of southern, central and western Asia, and Latin America. The bank’s study identified three additional drivers behind the feminisation of farming: diseases such as Aids, climate change and technological innovation.

Technology is most often the main driver of farming’s feminisation in developed countries as the latest generation of machines make muscular strength redundant. “We have just updated our farm loader. I used to struggle with the hydraulic pipes on the old one. It was a matter of strength. On the new loader, a child could do it,” says Ms Batters, who adds that in Britain, “there is no doubt there are many more women coming into the industry. Agricultural colleges and universities are taking in many more women.”

But in general, says the World Bank, female farmers work at a disadvantage with “less access” to technical knowledge, finance and other resources, leading to “a significant gender gap in agricultural productivity”.

This month Willemien Koning-Hoeve, a Dutch dairy farmer, spoke to the general assembly of the UN in New York about the need to empower women farmers in developing countries. She noted that women own less than 20 per cent of the land in these areas and can be left without no source of income if their husbands die.

Problems in farming are sometimes similar to those women face in other industries: gender stereotyping and lack of time. “The biggest obstacle for women farmers everywhere is that women do more hours of household work than men,” says Ms Hoeve, a leading light in the Dutch Federation of Agriculture and Horticulture who campaigns vigorously to overturn role stereotypes so women can manage their farms more effectively.

Agricultural colleges and universities are taking in many more women

UN agencies such as the Food and Agricultural Organisation and the International Fund for Agricultural Development are trying to shift perceptions and promote equal access to resources. In Bangladesh IFAD funded a project that registered owners of land on river islands known as chars. By insisting that both wives and husbands were named on title documents, the project ensured that any woman subsequently widowed, divorced or abandoned was able to retain access to the land on which she was growing food.

IFAD has also funded “household methodology” projects in eight African countries, whereby families jointly discuss how they can increase their prosperity in the next three years, and what changes they need to make to achieve the goals they have chosen. The discussions typically result in fewer chores and more economic decision-making and freedom for women, and subsequently higher incomes for all.

The task is urgent, they say, if emerging economies are to feed their growing populations.

Video: How to feed 10bn people

READ MORESustainable Food and Agriculture
What does the rise of female farmers mean for agriculture? 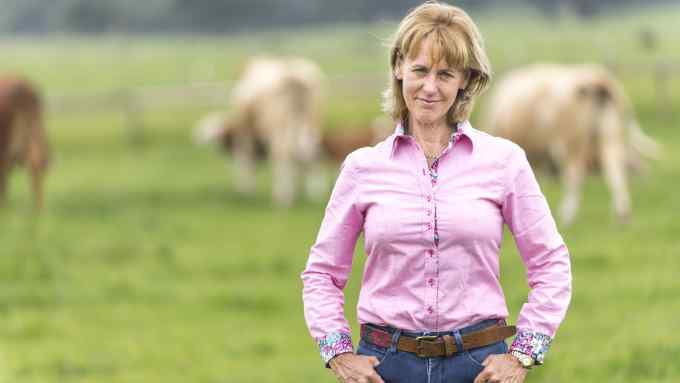