Lead the way with 50% off
Nicolai Tangen

Sign up to myFT Daily Digest to be the first to know about Nicolai Tangen news.

Nicolai Tangen rather demonstratively rode an e-scooter to Norway’s central bank on his first day as chief executive of the $1tn oil fund — the world’s largest sovereign wealth fund.

But a few days later in September, he fell off his scooter, hurting his shoulder and ending up with his arm in a sling. “Nicolai is a bit embarrassed,” the fund said.

The accident is not the only slip-up to have hit the world’s largest single investor — which owns the equivalent of 1.5 per cent of every listed company globally — in recent months.

A political storm around the appointment of Mr Tangen, a former hedge fund owner and manager, plunged Norway’s fund into the biggest crisis in its 24-year history.

Few doubted the qualifications of Mr Tangen as an investor. He has run and controlled AKO Capital, a London-based hedge fund with $21bn in assets, for the past 15 years. Described as one of Europe’s leading investment firms by Norges Bank governor Oystein Olsen, it has a focus on long-term investing, forensic accounting, and behavioural analysis.

But Norway’s politicians across the spectrum were worried about the potential for conflicts of interest as the country’s central bank, which houses the oil fund, initially allowed him to keep a 43 per cent stake in AKO, valued at about NKr10bn (more than $1bn). They also fretted about AKO’s use of so-called tax havens.

“Wealth is certainly not an asset in Norway — we are suspicious of wealth,” Berit Reiss-Andersen, head of litigation, arbitration and investigations at DLA Piper Norway and a former centre-left minister, told a recent event hosted by the British-Norwegian Chamber of Commerce and DLA Piper, a law firm.

Mr Tangen has embarked on the challenge of managing the country’s rainy-day fund just as many investors wonder whether the world is at the top of the cycle and fears of a second wave of coronavirus deepen.

Yngve Slyngstad, Mr Tangen’s predecessor as fund chief executive, has said that his hardest task stemmed not from the huge potential swings in markets, but the demands placed on it as a responsible investor by the big increase in the fund’s size.

Given the location of some of AKO’s funds in the Cayman Islands, politicians are likely to press Mr Tangen especially hard on tax havens

The fund owns on average about 2.5 per cent of every listed company in Europe and it is no longer able to insist it is a purely financial investor. Instead, Norges Bank Investment Management, the manager of the fund, has become a more active owner, setting out its expectations for companies on everything from executive pay and governance to anti-corruption standards and tax transparency.

Given the location of some of AKO’s funds in the Cayman Islands, politicians are likely to press Mr Tangen especially hard on the latter point.

Mr Tangen will also have to steer the fund as it prepares to announce how it will vote at the annual meetings of all of its 9,000 or so companies — an enormous undertaking that could increase its influence among global investors but also bring controversy as to how it handles ethical and governance standards.

Through all of this, the level of attention and expectation on Mr Tangen will be high.

“The level of tolerance for mistakes is not very high because there is a lack of trust among politicians and the general public [in Mr Tangen]. They will haunt him on the ethical standards,” said Ms Reiss-Andersen.

The pressure from the politicians on Mr Tangen has been intense. Fund officials say there had been a real danger that Mr Tangen would give up the job to protect the reputation of the oil fund — something that could well have cost Mr Olsen his job, too. 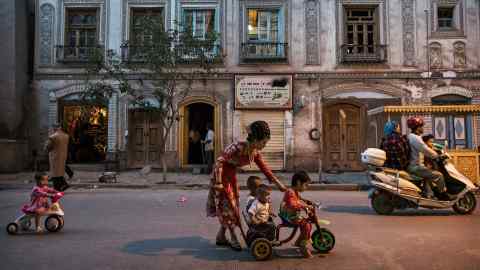 Ms Reiss-Andersen added: “All the criticism against Tangen was really of a political nature — you don’t meet the standards of Norwegian political expectations and how to act on behalf of Norway in the ethical purpose of the oil fund.”

In the end, Mr Tangen agreed to transfer his ownership stake in AKO to a charitable foundation he set up.

Perhaps more painfully, he undertook to convert all his other investments — estimated at NKr7bn ($734m) — into bank deposits. Norway’s rules on tax on wealth and assets mean he will have to pay about NKr70m a year as a result of his move from London to Oslo.

Jan Tore Sanner, Norway’s centre-right finance minister, told the Financial Times that he believed the fund’s reputation would be unscathed by the drama.

“I feel safe that in the future the fund will have strong trust both in Norwegian society and internationally,” he said.

There are relatively few sovereign wealth funds in democracies — and none the size of Norway’s — leading to questions about its governance model. 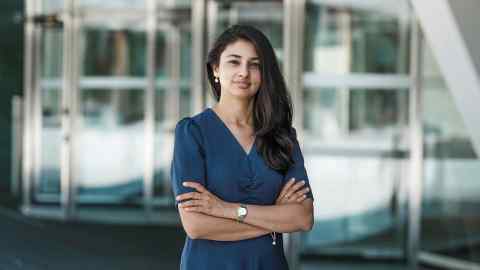 Many expect politicians to be emboldened to intervene more in the future.

“For politicians, this story has been a great success. They have demonstrated enormous influence over a process where they [should have been] really hands-off. They will continue to act in that space and will certainly watch Nicolai Tangen very carefully,” Ms Reiss-Andersen said.

For Mr Sanner, however, a distinction is to be drawn between a healthy political debate and what he deems unhealthy interference in the fund.

“What’s important for me is that the fund should not be a political tool, and there has been broad consensus on that. That there is a political discussion around the fund, I think that’s natural. It’s a big fund, it’s our piggy bank, and therefore there is a discussion on ethics, on tax and transparency, on climate,” he says.

Get alerts on Nicolai Tangen when a new story is published