Chinese novelist Fang Fang was in a funk when she decided to become the unofficial chronicler of life under coronavirus-induced lockdown in Wuhan, the city in central China where the virus was first discovered in December 2019.

At 10am on January 23, the government largely cut off the city’s 11 million inhabitants from the rest of the world. Fang Fang, the pen name of Wang Fang, one of China’s most celebrated writers, has lived in Wuhan since early childhood. The travel restrictions looked at the time like a drastic step. Across China, a population haunted by the Sars epidemic of 2003 cancelled Lunar New Year plans and began to obsess over this new public health crisis.

On the third day of lockdown, the editor of a Shanghai literary magazine got in touch with Fang Fang to ask if she would write a long-form essay. She declined, saying she “wasn’t in a good state of mind”. Instead, she began jotting down short accounts of what was happening and shared them online. Her intention was not to effect immediate policy change but rather “to make an unadulterated record”, she says in written responses to questions from the Financial Times. “For history, it could allow people to have content that approaches truth. That function is itself great.”

At times, she took aim at the authorities’ failures directly. Of the delay in confirming transmission between humans, she wrote: “‘Not Contagious Between People; It’s Controllable and Preventable’ – those eight words have transformed Wuhan into a city of blood and tears filled with endless misery.” Other entries captured how worry crept into everyday life. When picking her daughter up from the airport, she noted that “the anxiety and stress that were permeating the entire city were also there in the car with us”.

Her entries struck a chord with readers across China who were desperate for a forthright and human version of events in a city in chaos. Tens of millions turned to her as a reliable source amid propaganda and rumour. When censors took down posts they deemed too sensitive, friends sent each other screenshots via messaging apps or preserved them on code-sharing website GitHub. Soon her account was translated and read around the world.

In dozens of novels, poems and essays, Fang Fang has often focused on the lives of the marginalised in Chinese society. Many of her narratives feature women who struggle against the wooden roles this society imposes on them. In her 2007 novel A Heart Pierced with a Thousand Arrows, for example, Li Baoli, the protagonist, tries to hold her husband to account for an affair, only to be plunged into a spiral of bad luck that ends with her having to work as an unskilled labourer.

Like many of her generation, Fang Fang’s early life was tough. She was born in May 1955 into a family of intellectuals. Her father died when she was 17, forcing her to work at a transport co-operative to support her family. Fang Fang has spoken about how those years informed her writing, instilling a fascination with the resilience of down-and-out groups caught on the wrong side of events beyond their control.

From start to finish, my main purpose was to make a record

After Mao Zedong’s death in 1976 and the end of the Cultural Revolution, during which two million had died and “red guards”, encouraged by Mao, seized the country’s institutions, Fang grabbed the chance of a new life and in 1978 secured a place at Wuhan University.

After graduating she rapidly built a literary career. She published her first novel in 1982 while working at a local television station, before cementing her reputation with the critically acclaimed Scenery five years later. Over the next three decades, she rose to become head of the state-funded Hubei Writers’ Association. In 2010, she won the Lu Xun literary prize, one of China’s most prestigious awards.

The popularity of Fang Fang’s diary placed a burden on her, she says: “Of course, later there really were too many readers, so I also had a touch more responsibility.” But her work was never meant to be aggressively political. “From start to finish, my main purpose was to make a record.”

In 60 entries written over two months from her home in Wucheng district, Fang Fang criticised local officials’ early mistakes and cover-ups, aspects of the response the Chin­ese Communist party has since airbrushed out of the official narrative. Her descriptions of chaotic events also elicited sympathy for the people of her city, in a tacit rebuke of rightwing commentators in the US who labelled the disease the “Wuhan virus”. Her posts were translated into English and collected as a book, Wuhan Diary. The April announcement of its publication sparked on­line abuse as leftists in China accused her of “handing a knife to foreigners” and spreading “distorted values”.

Though amplified during the pandemic, such attacks are nothing new for Fang Fang. For years critics have accused her of defaming Mao’s legacy. Her 2016 novel Soft Burial focused on the excesses of reforms in the early years of the People’s Republic, when hundreds of thousands, if not millions, were killed as land was confiscated and redistributed to peasants. The resulting backlash led to the book being removed from shops in China in early 2017.

Fang Fang, though, says she never considered backing down. “During 40 years of China’s reform and opening, extreme left forces have done too much evil,” she says. “Chinese ­officials prefer to lean left rather than right, causing opening and reform to advance and retreat in fits, yet there are bound to be people who stand up to rebut the extreme left. ­Otherwise, we could easily return to the state of affairs during the ­Cultural Revolution.” 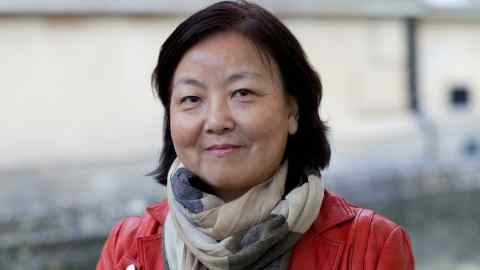 Since coming to power in 2012, President Xi Jinping has reasserted party control over intellectual life, stifling online debate. Nevertheless, in the early stages of the outbreak, anger suffused online discussion of the situation in Wuhan. This was especially true in early February after Li Wenliang, a doctor who was reprimanded by police for attempting to raise the alarm about the mystery virus, died from the disease.

By the end of spring, as cases rocketed in the west but life in China returned to relative normality, many in the country reassessed the government’s response. Despite praising its later efforts to halt the spread of the virus, such as mass-testing drives and curtailing free movement, Fang Fang has stuck to her criticisms of the Wuhan authorities for early mistakes, even as the party intensified efforts to spin its response as an unblemished success. “I put forward criticisms and suggestions over Wuhan’s early cover-up of the epidemic and the chaotic response, but I always approved of and praised what happened in the later stages,” she says. “That’s just what the facts are.”

She believes her work will help to ensure the early events are never fully erased. “People want to unload a burden, to forget the suffering. I think that’s totally understandable,” she says. “But cultural intellectuals, especially historians, social scientists and authors, will lay down a record of the course of events, bit by bit, thread by thread.”

Follow @FTMag on Twitter to find out about our latest stories first. Listen to our podcast, Culture Call, where FT editors and special guests discuss life and art in the time of coronavirus. Subscribe on Apple, Spotify, or wherever you listen.

Get alerts on Fang Fang when a new story is published 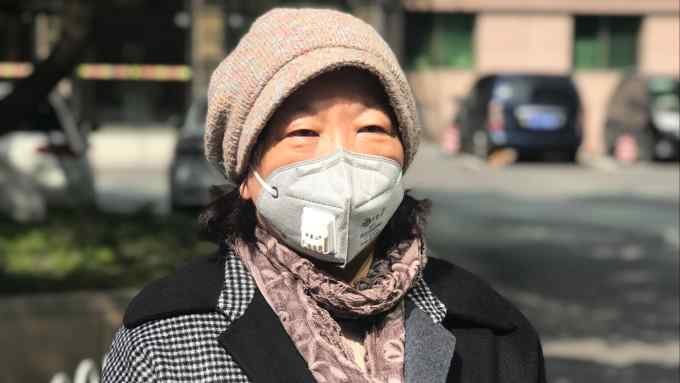