Japan rethinks care as it confronts ‘pandemic of dementia’

We’ll send you a myFT Daily Digest email rounding up the latest Asia-Pacific news every morning.

This story is part of the Financial Times Seasonal Appeal for Alzheimer’s Research UK, which is raising funds for pioneering research to develop new treatments for dementia. You can support the appeal here

It was holding an umbrella over his mother Kinue, as she swept the yard in pouring rain, that made Yuji Ogawa realise how far her Alzheimer’s had gone.

Kinue had started making odd little mistakes after her retirement from a nearby confectionery factory — putting the wrong food in the freezer or the wrong top on a bottle of soy sauce. But gradually she became preoccupied with cleaning her yard in Fukuoka, the biggest city on Japan’s southern island of Kyushu.

She would angrily refuse her son’s entreaties to come inside. “She started to do it obsessively. Even if it was snowing, she’d try to go and sweep,” says Mr Ogawa, 50.

Mr Ogawa had to quit his salaryman job at a co-operative society to care for his parents. That was seven years ago. Kinue is now 84 and her disease is in its final stages. “Looking back, I realise: she didn’t remember having done it,” he says. “She knew something was strange about herself. She was uncertain and bewildered and it changed her.”

Since then, Mr Ogawa has helped set up an “Alzheimer’s café” where carers and people with the disease and other forms of dementia can go for advice and support. He wants people with dementia to encounter kindness, not despair. “I don’t want anyone else to suffer those terrible experiences,” Mr Ogawa says.

As the world’s fastest ageing country — more than a quarter of Japanese people are over the age of 65 — Japan confronts a “pandemic of dementia”, according to Masaki Muto of the International University of Health.

By 2025, 7.3m Japanese will be living with the condition — one out of every 20 people in the country. By 2050, if nothing changes, it will be one in 10. The treatment and care of people with Alzheimer’s and other types of dementia costs Japan ¥14.5tn ($128bn) a year, according to a study by Keio University.

The scale of the challenge for Japanese society has prompted a rethink on dementia, with a move away from medicine and institutional care towards care in the community. With Japan’s health system struggling with shortages of both staff and money, the goal is to make dementia care part of the fabric of local life.

Mr Ogawa is one of many thousands of people in communities across Japan that are gearing up to help people with Alzheimer’s and dementia to stay in their homes. Mr Ogawa has an orange band on a cord around his neck, indicating that he is an “Alzheimer’s supporter”, and thus ready to offer help on the street. Municipalities are training police officers how to respond when they find an elderly person wandering the streets. Some towns have even begun tagging people who have dementia with QR codes that can be scanned by the authorities if they get lost.

“The numbers aren’t the issue,” says Kumiko Nagata, a former nurse and now director of research at the Tokyo Centre for Dementia Care, of the staggering number of Japanese people living with the condition.

“What we need most of all is a change of values. Even with Alzheimer’s, there are things a person can do. They don’t need to be expelled from society. We mustn’t repeat the mistakes of the past,” she added, referring to the 1960s and 1970s when people with dementia were institutionalised in large care facilities.

Community care offers hope of a kinder future for people with dementia and their families, she and others say. But it also relies on there being a community to offer that care. In the years ahead, the number of people with dementia in Japan’s large cities is set to grow and the childless postwar generation has no loving sons to help them.

Tell us your story

Has someone in your family been affected by Alzheimer’s?
Tell us about your experience with the disease here.

Join Dementia Research
Anyone can help. Click here to find out how

Mr Muto, a medical doctor who now works on health policy, highlights one example of how dementia care can go wrong.

The country’s mental health hospitals have few young patients. At the same time, there are urban families desperate for somewhere to put their parents, and so they hospitalise them. It is a match made in hell: an alien environment where dementia patients are medicated and in danger of rapid decline. He admits: “We’re going from 4m to 7m with dementia and the number of young people to care for them is falling. Whatever the awareness and the clever schemes, it’s going to be tough.”

Mr Ogawa is also working on a brighter version of the future.

At the Alzheimer’s café, one of more than 650 across the country, a few regulars chat over cups of tea, marshalled by a woman from the town council. At another table, Mr Ogawa advises an elderly gentleman on how to cope with swings in his wife’s condition.

“There has been a lot of good in my experience. A salaryman doesn’t learn much about the real world,” he says. “In the future, I’ve thought about whether this house could become a co-op for local families with Alzheimer’s. I want to help.”

• Your gift will be doubled
If you donate to Alzheimer’s Research UK through the FT’s Seasonal Appeal, Goldman Sachs has generously agreed to match it up to a total of £300,000. Click here to donate now 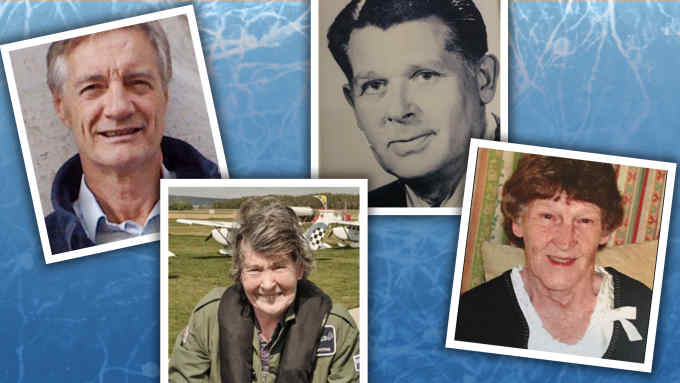 Alzheimer’s is a devastating disease, affecting nearly 50m people across the world.

Alzheimer’s Research UK is at the forefront of the fight to find a breakthrough for better treatments. Through the FT’s Seasonal Appeal you can support their pioneering work.

A matching scheme for donations up to a total of £300,000 has been generously provided by Goldman Sachs.

(Pictured: Richard Fried, who has Alzheimer’s disease, and his wife, Mary Whitaker)