Sign up to myFT Daily Digest to be the first to know about Financial Advice news.

Registered investment advisers across the US have reported a surge in people seeking their services as the pandemic heightens both physical and financial risk.

But while some of the usual advice still applies, advisers say today’s conditions are different from previous crises and require new tactics in response.

Randy Waesche, president and chief executive of advisory business Resource Management, draws a clear distinction between the pandemic and the financial crisis of more than a decade ago.

“Nobody understood what a [credit default swap] was, so they weren’t as frightened. Everyone understands getting sick and dying,” he says. 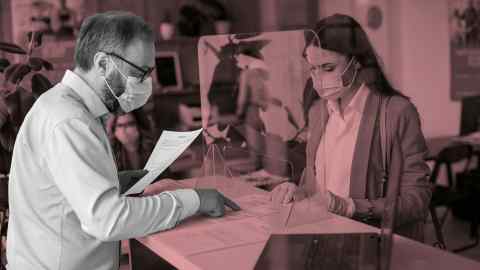 Mr Waesche says that during the current crisis, about a third of his clients could see only doom and he spent “an enormous amount of time talking them off the cliff”, he says. “They were scared that this was the end.”

Another third saw this as an enormous opportunity “and I had to convince them not to put their last nickel into the market” he adds, while the remainder simply accepted this new reality.

The uncertainty has boosted business for financial advisers. Independent adviser Edelman Financial Engines reported a fivefold increase in call volumes during the early weeks of the pandemic. To handle the uptick, it extended its call centre’s opening hours and increased staffing. Calls came both from existing clients seeking reassurance and new potential clients making contact for the first time.

“This pandemic is creating the need to alter advice or offer new areas of advice that we’ve never had to face before,” says Ric Edelman, founder of Edelman Financial Engines.

His firm’s advisers for example have suggested clients consider temporarily cancelling their car insurance while vehicles idle in driveways. “That advice has never been pertinent before, but it is now, because no one is driving,” he says.

If you do make a mistake, make a bad call, by and large you're going to survive that. Because no one gets it right all the time

Another change of direction is in university planning. Edelman Financial Engines now recommends students consider taking a gap year, or transfer from expensive, out-of-state private schools to cheaper, local colleges. As some universities switch to teaching virtually — at least temporarily — Edelman reasons that, without access to labs, professor office hours or networking opportunities, their value to prospective students has changed.

In addition, the firm is advising clients to hold cash reserves of 24 months’ spending rather than the previous guidance of three to 12 months — though, Edelman says, that should be calculated based on individuals’ April and May spending levels rather than their levels before the pandemic hit.

Scott Matheson, managing director and head of client solutions at registered investment adviser Captrust, agrees that this crisis is different. “You can’t just take the 2008-09 playbook and slap it on top of this and expect success,” he says.

If the nature of financial advice has changed, so too has the delivery. A common thread across firms on the FT 300 Top RIAs list is more personal conversations with clients, Mr Matheson says. “The desire to be connected, because of how remote everyone is, it’s actually led to longer, more intimate human conversations.”

Those human conversations can also help maintain client trust when advisers, too, are trying to navigate an unprecedented situation.

“If you do make a mistake, make a bad call, by and large you're going to survive that. Because you're not going to get it right. No one gets it right all the time,” Mr Matheson says.

Several advisers echoed this sentiment, arguing that as long as they were clear with their clients about why they made decisions, clients would be more likely to trust and — if necessary — forgive them.

“If there’s bad news, you don’t want them hearing about it from Jim Cramer,” he says, referring to the host of popular CNBC programme “Mad Money”. In this case, clients’ trust will be lost and they will take their business elsewhere, he argues.

Practical gestures can also count. One of the first things CFS did when the pandemic hit was order washable, reusable face masks to send to high-risk clients, according to Mr Nydick. 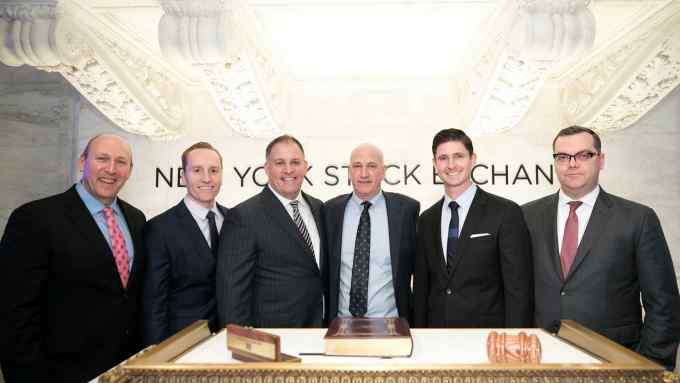