Regulatory divergence was meant to create flexibility for industry. What’s gone wrong and what needs to change?

At the height of the 2016 Brexit referendum campaign, businesses were promised that leaving the EU could deliver a regulatory dividend worth more than £12bn a year, if the British government used its newfound freedom boldly.

And although the business world overwhelmingly favoured remaining in the EU, it welcomed the prospect of lighter touch regulation when Britons voted to leave. The Institute of Directors found that 60 per cent of its members wanted to reduce the volume of “unnecessary red tape” from Brussels.

Little over a year since the UK’s legal exit from the EU single market, on January 1 2021, Britain’s leading business organisations report that members are tired and frustrated by the lived experience of Brexit.

Small businesses with less time, money and staff to absorb the costs of regulatory requirements — which had hoped to gain most from post-Brexit deregulation — have found it hardest to adapt to the customs and export rules that apply when trading with the EU as a “third country”.

Mike Cherry, chair of the Federation of Small Businesses (FSB) says: “Small firms were promised that one upside of leaving the EU would be reduced red tape. They live in hope of delivery.”

The British Chambers of Commerce has been equally scathing. In a report to mark the end of the first year of the implementation of the EU-UK Trade and Cooperation Agreement, the BCC found that nearly half of all members surveyed had struggled to trade with the EU.

The difficulties include the bureaucracy of the EU and the new UK regulatory requirements — such as the UKCA quality control mark and the creation of a “UK Reach” chemical safety database — that duplicate EU rules for no obvious commercial gain.

These systems were born of the UK decision to prioritise full legal separation from Brussels, and the EU’s determination — explicitly stated by Michel Barnier — that the UK should lose its position as a “regulatory and certification hub” for the EU single market.

The chemical industry estimated that creating a UK version of the EU Reach (Registration, Evaluation, Authorisation and Restriction of Chemicals) regulatory mechanism would cost £1bn. The sector has battled since the end of the Brexit transition period to get the British government to reduce the burdens of registering for the scheme. Talks continue.

In a concession in December, however, the government extended the UK Reach registration deadline to 2025 and offered to explore “a new model” to “reduce the need for replicating EU Reach data packages” — a key industry demand — from February.

The industry is coy about raising expectations. But Stephen Elliott, chief executive of the Chemical Industries Association, says the aim was “effective regulations and standards that achieved better outcomes for the UK growth, net zero and levelling up agenda”.

For British manufacturers — many operate as intermediates in complex supply chains that run back and forth across Europe — the biggest Brexit bugbear has been the government’s decision to create a copycat version of the EU’s “CE” quality and safety standard.

Here, again, the deadline for compliance has been pushed back — by a year to January 1 2023 — following intense lobbying from organisations such as the BCC and Make UK, the manufacturers’ lobby. Industry, however, is still complaining about the burden.

At least for now, the UKCA mark follows the same underlying standards as the EU’s CE mark, meaning that it requires businesses that want to place goods on the UK market essentially to duplicate their EU registrations.

This can mean simply filling in a form. For dangerous or complex industrial and electrical goods, though — ranging from elevator parts to construction adhesives — companies must have products assessed by UK “notified bodies”. But these bodies, businesses complain, have insufficient capacity to meet demand.

In November, the Construction Leadership Council wrote to the UK business secretary Kwasi Kwarteng raising “urgent industry concern” about a system that, it warned, could cause shortages of key building products and damage the government’s levelling-up agenda.

Fergus McReynolds, director of EU and international affairs at Make UK, says that, while it welcomed the extra year’s breathing space, the UKCA mark was creating barriers to trade with little, if any, benefit when underlying UK and EU industrial standards were unlikely to diverge.

“Creating parallel regulatory environments only creates additional bureaucracy and cost which is likely to damage the competitiveness of UK companies in international markets,” he adds.

Make UK and BCC want the government to pursue “mutual recognition agreements” with the EU and create a forum in which UK business organisations can jointly consider how the UK should respond to future changes in EU legislation.

If the UK does not mirror EU changes, industry fears this will lead to further “passive” divergence from EU standards over time and, therefore, further regulatory burdens for British exporters.

Some companies harbour hopes that, on the domestic front at least, some of the promised Brexit dividend can be realised. This would come not from “slashing red tape” — or from expensive UK copycats of EU regulations that businesses must comply with anyway to sell to the EU’s 450mn consumers. Instead, it would be through a lighter touch at home.

Proposals in the government’s January Benefits of Brexit document promised an approach to domestic regulation where authorities “work collaboratively with businesses to ensure there is a clear feedback loop between the regulated and the regulators”.

The FSB’s Cherry believes a better future is possible and cites the Canadian province of British Columbia, where, he says, removing unnecessary regulation has resulted in significant economic growth and productivity gains.

“This model could be implemented in the UK,” he says, “if we can embrace a culture where regulation is not the default response to policy problems”. 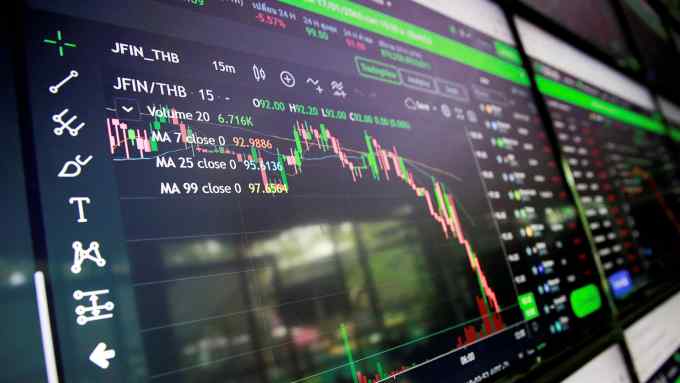