Dolce & Gabbana have got designs on your home

The fashion duo’s debut Casa line is a jewel-coloured, zebra-striped celebration of all things Italian

The steel-framed façade of the Dolce & Gabbana headquarters in Milan, unremarkable among the corporate buildings that line the city’s Viale Piave, is a silver veil giving way to a theatre set of red velvet and marble within. Here, Domenico Dolce and Stefano Gabbana sit in their office under the glint of chandeliers, the opulent space a visual metaphor for the success of a multibillion-dollar business built upon their Mediterranean aesthetic: a fusion of Sicilian heritage, craftsmanship and the sultry femininity of Italian archetypes encapsulated by the cinch-waisted Sophia Loren and Gina Lollobrigida. It is a fitting setting to talk about their latest venture, a debut home decor line, which was unveiled at their Alta Moda show in Venice last year. This month, they will open two new Milan stores: one dedicated to furniture on Via Durini, the other a world of accessories on Corso Venezia.

The Venice event was a spectacle, whirling around a fashion show at St Mark’s Square with a guest list that included Doja Cat, Jennifer Lopez and Christian Bale. “We work with fantasy and reality,” says Gabbana of their oeuvre, calling to mind the designers’ debut in 1985 at Milan Fashion Week, where, unable to afford real models, they sent their friends down the catwalk instead. The following year, they produced their first collection, Real Women. Their work evolved, and the references have since become part of a Dolce & Gabbana language, rich in animal print, pinstripes, lace, florals and craft techniques.

These influences spill into Dolce & Gabbana Casa, an ensemble of furniture, textiles, tableware and accessories, currently sold on their website and at farfetch.com, where prices start from around £65 for a notebook. “We like to dream big,” says Dolce, taking a sip from his espresso cup. “In this collection, we have everything from blankets for the bed to glasses for the table.”

The homeware range has been an opportunity for the duo to look at the pillars of their empire following a period of stuttered growth. Sales were damaged by the pandemic, but the greater fallout came after their #DGLovesChina campaign in 2018: a publicity disaster that lost them 98 per cent of their social media engagement in China. The designers have since realigned their ambitions. The Casa launch also coincides with their decision to bring their €476mn wholesale beauty business back in-house after their licensing deal with Shiseido ended. The business remains in private hands.

The move mirrors those of other luxury brands, which are targeting new audiences. According to analytics company Clarivate, 50 per cent of luxury consumption globally is expected to come from “more adventurous” young consumers by 2025. “Spurred by the changing world, luxury brands have evolved the way they operate, from boosting their digital presence and embracing ecommerce to revamping the in-store experience,” says chief product officer Gordon Samson.

While Dolce & Gabbana has already experimented with homewares – it launched 100 handpainted fridges (£36,000) with Smeg in 2016, and a line of small appliances the following year with the same brand – the Casa collection is extensive. It encompasses four themes: Blu Mediterraneo, referencing the vibrant majolica tiles from the Sicilian city of Caltagirone; animal prints, synonymous with the sexy, provocative side of the house, are represented by Zebra and Leopardo; and Carretto, where the folkloric iconography of traditional Sicilian carts has been worked into prints, then handpainted onto furniture and tableware.

The D&G language is rich in animal print, pinstripes and lace

The pair have also collaborated with Venetian heritage brands such as textile company Tessitura Luigi Bevilacqua and Murano glassmakers Barbini and Salviati. “We are lucky because in Italy we can make what we want,” says Gabbana, picking up a glass – a piece that’s simple in form but difficult to produce as the base, stem and vessel are handblown in three separate jewel-like colours. “Italy is full of artisans,” he continues, holding the glass to the light.

The pieces are brave, statement-making – pure Dolce & Gabbana. “They are part of our DNA,” says Gabbana. “We tried to do something that was very recognisable. Our work is like a diamond: it is multifaceted, because we work in many areas, from clothes to fragrance. But the important thing is to give every project the identity of Dolce & Gabbana. This is a bag of our taste – they are our favourite things.”

Dolce adds: “The blue majolica print is the colour of the Mediterranean, of Capri or Positano. When you visit those places you dream in blue. Carretto is full of bright colours, like the humour of the people. Each theme represents an emotion, whether joy, sadness or sensuality. They are yin-yang. They are Dolce & Gabbana.”

The pair like to refer to themselves as opposites – the yin and yang of design. And despite their identical uniform of black trousers and T-shirts, they are very different characters. Gabbana (59) is dark and flamboyant; Dolce (63) is more contemplative, but with a mischievous sense of humour. “We are two people: one from the south, one from the north. One is tall, one is short,” Dolce jokes. “We have completely different backgrounds but once we started to work together it was easy for us.” The pair first met in the early 1980s at a Milan club. Dolce had spent his childhood in Sicily, where his family owned a small clothing business. Gabbana, whose father worked in a printing factory, was native to the city and studied art and graphics before turning to fashion. The two developed a relationship, both personally and later creatively, when working at the Milan atelier of Giorgio Correggiari. By 1983, they had left Correggiari to pursue their own career. They were involved romantically for two decades, announcing they had split in 2005.

Their bond remains strong. “We have the same vision. We only have to mention one word and this will open all words,” says Gabbana. Adds Dolce: “Sometimes it’s a colour, sometimes it’s the name of a photographer, a magazine, a book, or a movie. We talk every day, except at the weekends, sometimes over coffee, or at lunch or dinner together with family – we are family.”

They still live in the same building in Milan, their apartments located one above the other, though both find a very different kind of sanctuary within their homes. “The house is happiness, it is connected to the family and the love you share with them,” says Dolce, who describes his own place as ordered. “It’s also a personal statement, so like our clothes, I want everything in my home to be precise.” His greatest pleasure is when he finds himself alone at home enjoying a glass of wine.

Gabbana reveals that his pad is more bohemian. “For me, the house is like a cove. I have two dogs, three cats and when I have time, I love to stay in and watch TV,” he says, noting that they also have a cat at their HQ. “I love the kitchen, of course, but I spend 80 per cent of my spare time on the sofa. I have everything I need around me,” he laughs.

These habits were important considerations when designing their own collection: the seating is capacious and the chaise longue more sleep-station than recliner. Dolce’s favourite pieces are the bar cabinets, he says, pointing to the intricate handpainted patterns on the cabinetry. “Details are so important. It is best to spend more on pieces that will last for a very long time. You live with them every day, they become your friends – like in the fairytale Beauty and the Beast.” 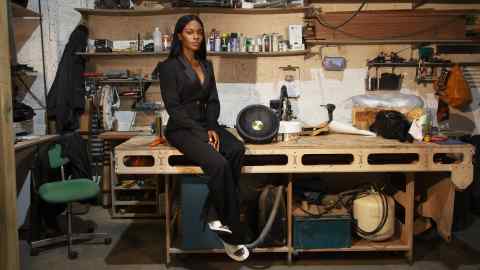 Gabbana sees the duo’s role, whether as designers of majolica-print chairs or crystal-embroidered couture, as akin to being film directors. “I always feel like we’re doing a movie, and in that movie there are always new children or characters,” he says. “For Domenico and I, it is important to offer a small part of a dream, and when we create our fashion shows, we work like directors: we decide the title, the actors, the music and the clothes.”

“We are very ambitious and our dream is to leave something to remember when we die,” Gabbana concludes. “We want to grow and explore new things and now with technology, NFTs and the metaverse…” For the designers, the Casa is the new way to groove. 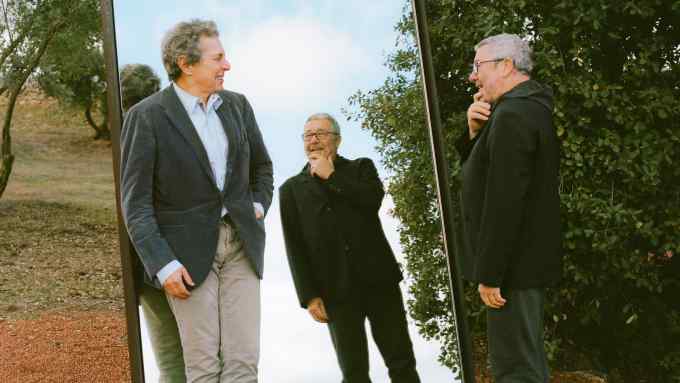