Birdwatching, investing and the power of specialisms

Over the past few weeks, walking the coastal path through the Norfolk salt marshes, I have not been able to resist drawing lessons on companies and competition from my surroundings.

Norfolk is famed for the diversity of its birdlife. Reserves such as Titchwell and the Cley Marshes see a range of species pass through during migration.

The “Snettisham spectacular” has been described as Norfolk’s answer to watching the wildebeest migrate in the Okavango. Wading birds in their thousands are swept off the mudbanks by the fast incoming tide and swarm through the air in a swirling throng of shrieks and cries as they move from bank to bank, retreating towards the lagoons, where they wait for the tide to turn.

These salt marshes, which stretch along the north Norfolk coast, offer rich feeding grounds at low tide and attract an array of wading birds. Each species has evolved to monopolise different fractions of the mud. The shorter the beak, the shorter the legs, generally. 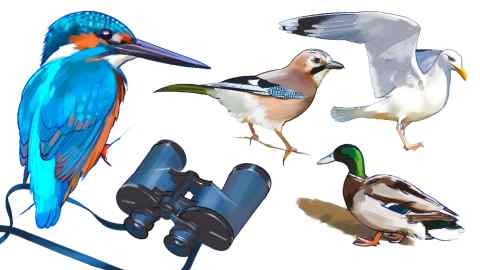 Shorter beaked waders such as dunlin and sanderlings feed closest to the surface, followed by the plovers and sandpipers. With their medium-length bills and legs come the redshank, knot and oystercatchers — the last specially equipped to open shellfish. Finally come the specialists on feeding deeper in the mud — the godwits with very straight bills and curlew with elegantly down-curved bills.

So what is the lesson for investors? By finding specialist niches and sticking to them, each species can thrive and coexist. Sometimes other species will enter the environment and compete in the same ecological “space”. Egrets, which have become breeding birds in these marshes more recently, may have forced a reduction in the number of herons. But in the main the waders have adapted to avoid competing with each other directly.

The equity market bears some comparison with the salt marsh. Companies adapt to thrive in specific niches. Apple, for instance, does three things rather well — it makes computers, smartphones and software that are easy to use. When venturing outside these areas it does less well, as many who have tried to navigate using Apple’s map app may attest.

Amazon, similarly, has its specialisms — taking and delivering product orders online and offering cloud computing services. How it will fare in making television programmes profitably in the long term is still not certain. And it has already retreated from the Amazon Fire mobile phone.

A few decades ago, large companies were much less specialised. Companies such as Hanson Trust and BTR, large constituents of the UK market, saw themselves as managing a portfolio of business assets. Hanson owned the Allders department stores, the Allied Paper Corporation, Imperial Tobacco and Golden Wonder crisps at various points.

In other countries, larger companies such as IBM or Siemens, were highly diversified across many areas of computing or electrical engineering. Similarly in Japan, Mitsubishi started out in shipping. It moved into coal mining, banking, car manufacturing, chemical production and nuclear power.

A sensible investor today can hold small investments in a broad range of the very best companies, each of which has proven it can dominate its business niche

The management boards of these giants of the stock exchange would claim they needed diversity to avoid a cyclical downturn in one area damaging the group. Analysing these conglomerates in detail, as I did in my early career, it became apparent that the core portfolio of companies held were often the number two and three players in each sector. But, in my experience, the companies best equipped to survive whatever the markets throw at them are the very best. The lowering of trade barriers, the opening up of China and increasingly competitive global markets meant life became harder.

Decades later, after many purchases, sales and spin-offs, most of these industrial conglomerates, if they still survive, are much slimmer and in many cases more profitable, though there is further to go, especially in Asia.

Today we operate in a world of specialists. There was perhaps some truth in the idea that diversification equipped these conglomerates to cope with the economic tides, but why fill a portfolio with second and third best companies?

A sensible investor today can hold small investments in a broad range of the very best companies, each of which has proven it can dominate its business niche. These niches can be broad, like online shopping, or narrow — take graphics processors, for instance.

The management of successful companies will always be tempted to diversify. After years of making huge profits it is not surprising if they think they have the golden touch and can put their skills and your share of the profits to better use elsewhere. But the mighty always fall, eventually. From its position as a multibillion pound darling of the FTSE 100, Hanson was broken up and the final part of the business — Hanson Building Products — was sold to a private equity firm for just £900m in 2014.

Keep your portfolio broad and keep your eye on companies that start to move too far away from their niche — the birds next door have sharp bills.