What does sustainability look like in action? It’s unlikely most would come to the same conclusion as Alejandro Agag, whose environmental vision involves two-tonne cars racing around the melting glaciers in the Arctic. Watch a clip of his new motorsport series, Extreme E, and it looks more like a climate-change abomination than an attempt to save the planet.

But listen carefully and you realise that, while you’re watching these jumbo-wheeled €1m SUVs flanked by the backdrop of the Russell Glacier, you’re hearing precisely nothing. Because the cars are electric. No engines are vrooming. No exhausts are smoking. Listen hard enough, and you might even hear a droplet dripping off an iceberg. It’s a bit like watching Formula One on mute.

“When you see a glacier melting, it just changes your life,” says Agag, a businessman and former MEP, who also co-founded the Formula E racing series with Jean Todt. Launched earlier this year in partnership with Swiss watch brand Zenith, Extreme E aims to shine a light on the environmental disasters facing some of the most picturesque and remote regions in the world.

Next week the inaugural series will culminate on the UK’s fast-eroding Jurassic Coast in Dorset, where drivers will hurtle around race tracks at the Bovington military base. So far, teams have fought it out in Greenland, Senegal, Sardinia and the Saudi Arabian desert. In a further world first, they must have one male and one female driver, and among them are some of the best-known names within the sport: Sébastien Loeb, Jamie Chadwick, Molly Taylor and Timmy Hansen. The team owners include Lewis Hamilton, Jenson Button and Carlos Sainz Sr.

Many of the drivers have been ecologically converted. “In a normal rally car, everything is so polluting,” says Christine Giampaoli Zonca, the 28-year-old rally driver competing for the Hispano Suiza Xite Energy team. She admits she’s a reformed petrolhead. “It’s not just the gases we omit, but the oil we burn, and sound pollution is also clearly a problem,” she says. And despite the e-SUV’s top speed being 124mph, as opposed to the 230mph that Formula One cars are capable of, she says it’s still an adrenaline-fuelled experience. “They’re super-radical and exciting to drive,” she says.

Likewise, Jenson Button, who created his own JBXE team for the races, says he was “blown away” by how “bold” Agag’s plans for Extreme E were. “The cars are like giant Tonka trucks,” he says of the off-road vehicles that are 2.3m wide and can hit 0-62mph in 4.5 seconds flat.

You can’t, however, watch them race in person. Agag and Zenith want to raise planetary awareness by beaming the races into your living room instead. By using the backdrop of these threatened landscapes, they hope to capture a broader, potentially untapped, demographic, who might not ordinarily tune into a David Attenborough documentary. “More people need to see what’s happening,” says Agag from a cargo ship that has undergone an eco renovation to house the staff and transport vehicles needed in each location. Having in-person spectators flying in, he argues, would totally negate the point.

Extreme E is attempting to drive motorsport toward a greener future: each electric vehicle is charged aboard Agag’s cargo ship by clean-energy hydrogen cells. “They’re zero emissions,” claims Agag. It’s quite a feat. In 2018, Formula One calculated its emissions as 256,551 tonnes – the equivalent of providing energy to 30,000 homes for a year. Some 45 per cent of those emissions came from the logistics – and flying cars around the globe. Extreme E aims to do the opposite – they hope to achieve net-zero emissions by the end of this year.

Hamilton’s X44 team line-up includes Cristina Gutiérrez, the first-ever female driver to win the FIA World Cup for Cross-Country Rallies, and Sébastien Loeb, the most successful driver in World Rally Championship history. Hamilton, a seven-time Formula One champion, has said that e-cars are not his natural habitat but he has slowly been persuaded. “I grew up in an aspirated engine world, I love V12s and V10s… [I never thought I would] love an electric vehicle,” he said. “But they’re so impressive, there’s no delay with the power delivery.”

For the drivers, the experience can be almost meditative. Giampaoli Zonca says the silence gives her the headspace to better connect with the terrain: “You can feel the brake and the suspension… it feels more at one with nature as you’ve got more time to see, feel and hear.”

Agag is ambitious in his climate-saving agenda. He recently attended COP26 to push for more investment into e-vehicle infrastructure in partnership with the UN. He’s also created “legacy projects”, which work with the countries where Extreme E races are staged to set up conservation projects for the future. In Senegal, they cleared beaches filled with ocean trash and planted a million mangrove trees; in Greenland, they collected ice samples and launched a climate education programme in schools, in partnership with Unicef. And in Sardinia, where 20,000 hectares have been lost to wildfire this summer, they’re planting swaths of seagrass (the Smithsonian Institution estimates that a hectare of seagrass can produce 100,000 litres of oxygen a day). “The soil in Sardinia was just ash,” says Giampaoli Zonca. “It made me realise climate change really is on our doorstep.”

But Agag and Zenith CEO Julien Tornare aren’t just set on pushing a climate agenda. They’re using Extreme E to drive change in their respective industries, too. Motorsports and watchmaking are both “male-dominated worlds”, says Agag. Inspired by the mixed doubles in tennis at Wimbledon, he wanted to bring the same spirit to rally-car racing. Giampaoli Zonca says being on the start line with Loeb and Sainz – her “longtime idols” – is “a dream”. Also on the line-up are rising Brit stars Catie Munnings and Jamie Chadwick. “It’s equal conditions,” says Agag. In the Extreme E race, each driver does one lap in the team car, and both lap times are added to form the total score. “If the man makes a mistake, they lose; if the woman makes the mistake, they lose,” says Agag. At Zenith, too, Tornare is stopping categorising any Zenith watch as being men’s or women’s. To focus on gender is, he says, “A total nonsense. Who are we to tell a customer that this watch is for a woman, or this is for a man?”

For both industries, but especially for the planet, there are “big things at stake”, says Tornare. Road transport accounts for nearly 75 per cent of global transport emissions, but COP26 declared zero-emission cars would only be a global target by 2040; Hamilton has openly criticised Formula One’s plans for setting 2030 as the net‑zero date for the sport. He’s said it’s not soon enough. Which makes Extreme E, then, seem all the more urgent. “[The opportunity] to help drive awareness is incredible,” says Button.

Philanthropy
How To Give It?2021 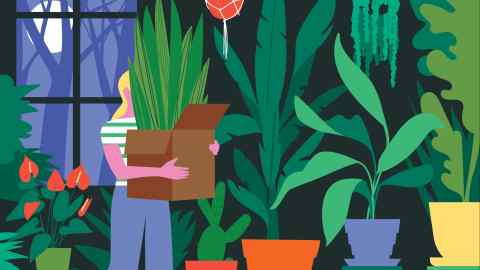 Giampaoli Zonca agrees. “We are inaugurating the new era.” By promoting the races to her 118k Instagram followers, she hopes to inspire not just a new wave of eco activists, but a new generation of female drivers who might soon take pole position at the start line.