There was once a time when the words “fixed line” turned investors cold — as the extraordinary growth of wireless telecoms and mobile data made cabling seem antiquated.

Yet, in the age of full-fibre broadband, those tables have turned. Investors are backing a new generation of smaller, alternative cabled networks — dubbed “alt-nets” — forcing larger incumbents to increase their investment in broadband.

“There are two big things in telecoms right now: 5G and fibre,” says William Hare, an analyst with Omdia, a technology consultancy. “But, through the pandemic, fibre has become much more of a priority.”

Political pressure has played a part, with various governments actions leading to upgrades of fibre broadband networks. These have ranged from threats to break up telecoms companies to offers of subsidies and tax incentives to encourage investment, particularly in rural areas.

Telecoms groups could be forgiven some initial caution towards this fibre push. A “build it and they will come” attitude to network investment at the turn of the century backfired, as the value of telecoms companies collapsed due to sluggish demand for high-speed networks.

But, two decades later, the resilience and speeds offered by full-fibre networks is more than matched by consumer appetite.

“Fibre really outperforms copper,” says Hare. “The raw speed is one thing; but reliability and stability is the real advantage.”

As the pandemic-induced increase in video conferencing proved, a fast and reliable broadband connection is essential for working from home. Surging demand for home entertainment services, such as Netflix, and online gaming, also demonstrated the need for speed in domestic networks.

In the five years to 2024, the growth in fixed-line connectivity will be most pronounced in Spain, China, Egypt and the US, according to forecasts from Omdia.

Spain has become one of the most competitive markets in Europe in recent years. The fast rollout of full fibre broadband has been the bedrock of that competition, and consolidation is emerging in what is one of Europe’s most highly penetrated fibre markets.

Egypt has long been a high growth mobile market due to a young population and heavy investment. Basic internet subscriptions in the country rose almost a quarter in the year to March 2021, according to Omdia data, driven by a jump in investment.

And the US has long been one of the world’s most lucrative telecoms markets. Regional cable players had dominated domestically. Now, the global trend for telecoms companies to refocus on their networks has been seen. Verizon and AT&T have stepped up their network investment after reversing their unsuccessful forays into adjacent media markets. They had previously spent billions on media assets, with AT&T buying content company Time Warner, and Verizon buying digital advertising and media company Yahoo.

China, the world’s largest telecoms market, remains a growth spur as the government pushes ahead with its “dual gigabit network plan” to ensure ultrafast speeds are available on both fixed and mobile networks.

However, while fibre has enabled fixed line to regain its mojo, the huge cost of upgrading the networks — which can involve expensive street works and the installation of new underground ducts — remains a problem. Regulation and planning laws also act as a barrier to a more rapid and cost-effective upgrade path, notes Omdia’s Hare.

But mobile is due a renaissance. Many telecoms companies still see wireless, and specifically the new 5G standard, as a growth driver.

5G has launched in many markets but the move to standalone 5G networks, where the entire service from the radio antenna to the data centre runs on the new technology, will open up more opportunities for telecoms companies to differentiate the service from 4G.

Omdia expects that advanced 5G markets, including the US and South Korea and Finland — where 5G penetration already exceeds 10 per cent — will be the biggest growth markets between 2020 and 2024. Saudi Arabia is another tipped to boom as 5G networks have been rapidly rolled out to cover about 40 per cent of the country.

A barrier to growth in some places is the difficulty in obtaining the smartphones needed to deliver full 5G, particularly in certain African markets. That could slow the rise in app-based communications, such as video calling, which has boomed during the pandemic in many mature markets. 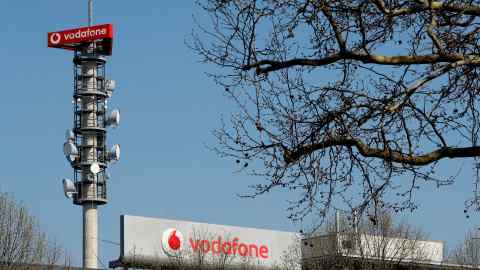 Omdia forecasts that both voice and video calling will grow at a compound annual rate of more than 15 per cent over the next four years — faster than the 10 per cent predicted for voice over internet protocol (VoIP) products. Video calling growth, particularly in the Middle East, is starting to outstrip voice-only calls.

But those services are largely app-based, so telecoms companies must innovate if they are to participate in that growth trend.

“How telecoms companies can grow is a perennial debate,” says Hare. “Companies need to broaden their portfolio without drifting from what they need to do on the network. That’s the real challenge.”

Get alerts on Telecoms when a new story is published 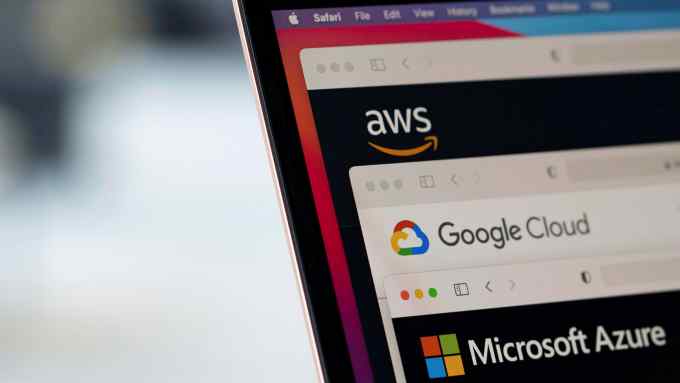