A multibillion-dollar flurry of coronavirus vaccine dealmaking between rich countries and companies has exposed a lack of international co-ordination and threatens to leave poor nations out.

The resulting patchwork of agreements has raised big questions about global vaccine access and stoked wrangles over pricing, supply security and liability for possible side-effects.

“On the positive side, bilateral deals between countries and companies can drive forward the science and clinical development — and expand the world’s manufacturing capacity,” said Seth Berkley, chief executive of Gavi, a UN-backed alliance that buys and distributes vaccines in more than 50 of the world’s poorest countries.

“But . . . you [also] end up with unnecessary competition, shortages of supplies and a failure to optimise a pipeline that should make the best vaccines available at scale as quickly as possible.”

Every government scrambling to secure inoculations has faced similar difficulties in deciding what to back and how much to pay for products that could prove revolutionary but do not yet exist.

The accords struck range widely in nature. They include commitments to buy specified numbers of doses, production licensing agreements, and the acquisition of direct stakes in manufacturers.

The vaccine rush accelerated this week with the announcement that the UK had agreed to buy 60m doses from Valneva of France and 30m doses over the next two years of a candidate developed by Germany’s BioNTech with the US pharma giant Pfizer.

Two days later, the US unveiled a deal to spend $1.95bn on 100m doses of the same inoculation to distribute free of charge to American citizens. The agreement also included the option for Washington to purchase a further 500m doses, subject to the product receiving regulatory approval.

The recent deals add to a growing list being struck for the scores of candidate vaccines being developed worldwide. The US Biomedical Advanced Research and Development Authority has spent billions of dollars securing supplies. The EU has allocated billions of euros and has been in talks with companies including Johnson & Johnson of the US and France’s Sanofi.

Meanwhile, UK-based AstraZeneca has announced agreements to supply Britain, an alliance of four continental European countries, the US, Brazil and low-income nations.

Pricing is a particularly fraught question. People involved on all sides say there are many unknowns, including manufacturing costs, yields of end products and dosage sizes needed. Some companies such as Johnson & Johnson have said they will manufacture on a “not for profit” basis, while others, including Pfizer, have made no such commitment.

Many of the agreements do not disclose price, while the variation in those that do is large. The US deal for the BioNTech-Pfizer inoculation works out at $19.50 a dose. This is several times higher than estimates for an AstraZeneca supply agreement with the Netherlands, Germany, France and Italy that the Dutch government described as “at cost”, according to Geoffrey Porges, a pharma and biotech analyst at SVB Leerink.

Without access to full confidential details of agreements, it is hard for outsiders to make firm judgments on pricing. But Peter Pitts, former associate commissioner of the US Food and Drug Administration, said he believed the terms would be such that pharmaceutical companies would benefit one way or another.

“I think at the end of the day what we’ll see is everybody is going to recoup their costs and make some profit,” he said. “I suspect they are all saying different things that mean the same thing.”

The complexity of the dealmaking has been increased by the variety of different vaccine types that are in development.

Kate Bingham, head of the UK’s vaccines taskforce, said London was hoping to expand its three deals to give it a “broad and diverse portfolio”. The aim is to have two agreements in place for each of the four main vaccine technologies — mRNA, viral vectors, inactivated whole virus and adjuvanted proteins.

The terms of agreements also vary depending on the size and type of company. “Smaller companies need a lot more funding upfront than larger companies, [such as] contributions to scale up manufacturing and help to fund clinical trials,” Ms Bingham said.

While any new pharmaceutical product poses potential safety risks, the hazards may be higher with Covid-19 because of the gaps in scientific knowledge of the disease and the accelerated development of candidate vaccines.

“[Liability] is an issue that comes up all the time and with Covid-19 the risk is unknown,” said Melanie Saville, head of vaccines at the Coalition for Epidemic Preparedness Innovations (Cepi), a partnership of governments, industry and charities.

“The usual types of insurance policies that companies take out just aren’t available. It will have to be sorted out and we’re looking at how to do it.”

Cepi is one of the organisations leading efforts to secure supplies for poorer countries by funding nine Covid-19 vaccine projects. A condition of the financing is that recipients participate in the joint Cepi, Gavi and World Health Organization Covax programme, which aims to enable equitable access to a inoculation for all countries, rich and poor.

But efforts to ensure equitable worldwide distribution of any successful vaccine are the exception to the wider dealmaking free-for-all.

As rich countries pour rising sums into ad-hoc bets on products they hope will provide an escape hatch out of the pandemic, an official at one vaccine manufacturer observed: “In the future, we need a better system.” 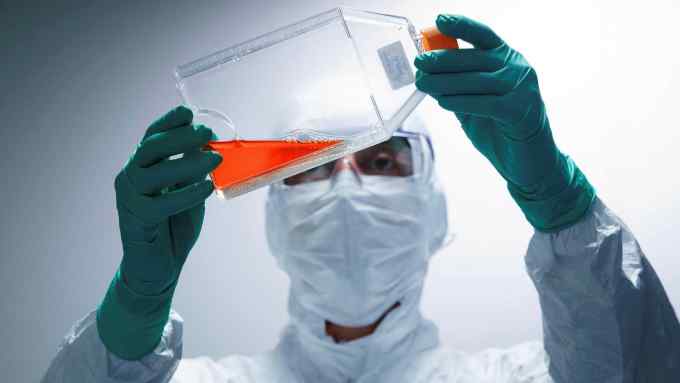