Too little argument can be as bad as too much. Better ‘constructive conflict’ than ‘fake harmony’, says the book

Read the headlines and you might think family businesses are inevitably rent by dispute and division.

Whether it is arguments between the children of media mogul Rupert Murdoch, the legal fights involving the late Sumner Redstone (the dictatorial billionaire behind CBS and Paramount Pictures) or the bitter split in India’s Ambani business clan between brothers Mukesh and Anil, there would seem to be plenty of evidence that family companies are anything but models of harmony.

The Family Business Handbook argues that it doesn’t have to be this way. This Harvard Business Review publication contends that family business is a “team sport” in which the rules are set by collaboration between the different parties — founders and successors, parents and children, spouses and so on.

To support their case, authors Josh Baron and Rob Lachenauer give examples of families that have managed their companies successfully, sometimes for centuries. They cite the “amazing story” of Italy’s Antinori dynasty, winemakers since 1385, who have survived wars and financial upheaval, thanks partly to careful succession planning.

The Antinoris are also open to change — after 25 generations of passing down the business through sole male heirs, the current patriarch has no sons, only three daughters. Ownership will be split among the three women. But in other ways, the Antinoris remain conservative — keeping debt low, financing growth through retained earnings and sticking to what they know best: wine.

Drawing on their experience as co-founders of BanyanGlobal Family Business Advisors, an advisory firm, Baron and Lachenauer cite a host of other business dynasties that have navigated crises of many kinds.

As the authors argue, continuity does not come by accident, even if good fortune often plays a role in corporate longevity (as, of course, it does in non-family businesses). The book is a primer for business families in managing conflict and achieving long-lasting success.

The authors highlight the common mistake of assuming people’s words and actions are determined by their personality rather than by their situation — what psychologists call the fundamental attribution error. People are labelled as, for example, innately lazy or hard working when their motivation level may stem from their position in the company and their prospects.

This occurs everywhere in business but is particularly common in family firms because the people at the top have roles in the family as well as, often, the business. It is complex area — a family member can be an owner and an employee, an owner but not an employee, or an employee but not an owner. Or a spouse or a child of any of these. The authors say competing interests are inevitable and “the most important outcomes require collaboration. No one has absolute power.”

The book will not win any literary prizes. It has a staccato style with short chapters, each including an introduction setting out what is going to be said and a summary of what has been said. Clearly, the target audience has little time.

But it serves a purpose. In one of the most powerful chapters, the authors dissect what they call “the five paths to a failed succession”. They start with the patriarch (or matriarch) hanging on for too long, followed by the “one-size-fits-all” approach, where each generational transfer is handled in the same way. Then there is the “ruling from the grave” plan in which ageing owners try to bind their successors with legal shackles. We also have the “last one standing” strategy in which stake-owning successors are left to battle it out until one wins, only to find that buying out the rivals leaves the business with excess debt. 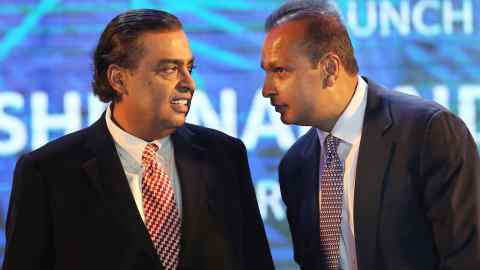 Finally, there is the “chosen one” succession, in which an individual (usually the eldest son) is marked from birth as the future inheritor. The authors don’t mince their words: they say that “more often than not . . . designating a successor at birth causes more problems than benefits”.

There is also a thoughtful discussion entitled “Avoid creating entitled kids”, with suggestions useful even to those without huge wealth. Make sure your children hold down jobs, the authors say. Help them build a legitimate career, allow them to have setbacks, and spread your wealth in your community, so your children don’t live in a bubble.

Too little argument can be as bad as too much. Better “constructive conflict” than “fake harmony”, says the book. But it is crucial to recognise when interests start to diverge and to prevent matters spiralling towards family war.

Some readers will find the suggestions a bit formulaic. Others may chafe at the persistent effort to bring together a wide range of experiences into a generalised framework, even though Baron and Lachenauer emphasise the great diversity of family businesses. Still, for business owners looking for guidance, this book offers sound advice.