If you think the same, join us
A complete guide to the healthy home
See all 10 stories
House & Home

The path to the post-Covid city

A year of the pandemic has laid bare the flaws of our great metropolises. Here’s how to make them healthier, cheaper and happier

This has been the biggest year of urban change in decades. Many cities have remade themselves during the pandemic, laying bike paths or turning parking spaces into café terraces overnight. Offices have emptied and shops closed, some forever. Every organisation on earth seems to have held a webinar on “The future of cities”. The city — 10,000 years old — obviously isn’t going to die, but it is evolving on fast-forward.

There are constraints to change. Most of tomorrow’s urban infrastructure is already there, often in the wrong place. Many cities have no money to innovate, as the pandemic has ravaged revenue sources such as taxes and subway fares. Yet there is a clear, realistic path to a better city: one that’s greener, cheaper, happier, healthier, more equal and productive, and less polluted and lonely.

The basic exchange that’s required is obvious: cities need to take space from cars, offices and shops and give it to affordable housing, community and nature. The city of the future may look a lot like the city of the past, just cleaner: bicycles, farms and 18th-century-style homeworking rather than flying cars.

I’ve tried to distil the best ideas for the post-Covid city, focusing on rich-country megapolises such as London, New York and Paris. Developing-world cities have different problems, but much of what follows applies to them, too.

The growing consensus after a year’s debate: the office will shrink, but it won’t disappear. The whole point of living in a dirty, overpriced, overcrowded city is to meet people and swap goods and ideas. Many offices will remain hubs of ideas exchange.

But urban knowledge workers can keep working from home much of the time. Most of them want to. In a survey of thousands of British employees who became homeworkers during lockdown, 88 per cent wanted to continue doing so in some capacity, report Alan Felstead of Cardiff University and Darja Reuschke of Southampton University. In research by McKinsey, four in five respondents said they enjoyed working from home.

Ditching daily commutes — along with the season ticket, car, dry-cleaning and office lunches — would gift workers time and a de facto pay rise. Some could leave big cities for cheaper lives elsewhere: we may have accidentally found the magic bullet for moving good jobs to the hinterlands, even for healing the political rural-urban divide.

In future, workers may come in once or twice a week to meet colleagues and clients. That would allow companies to downsize or close offices: weekly team meetings could be held over brunch in a café or rented space. Some companies might bring staff together for a couple of days a month in a country house or resort. That would be nicer and cheaper than permanently renting downtown premises.

Then workers would have the best of both worlds: the alchemy of face-to-face meetings plus the flexibility to help with parenting or caring at home. Cities would gain cleaner air and reduced carbon emissions. Companies that kept all their pre-pandemic office space could lose out to leaner rivals that stopped paying rent and maintenance.

Central business districts may well remain dedicated to offices. As rents fall, companies that previously couldn’t afford these prime locations might move there. The City of London Corporation in February approved its third new tower in under a month. But office buildings in subprime locations (think of Ricky Gervais’ operation in the TV series The Office) might be converted into homes, just as derelict factories became lofts in the 1980s.

This conversion is “entirely feasible”, even if homes typically require a denser distribution of fittings such as plumbing and stairs, says Stephen Barrett, partner at Rogers Stirk Harbour architects. Converting is also greener than demolishing old buildings and erecting new ones.

The losers from this shift will be owners of commercial property and their lending banks. The winners will be their former corporate tenants, liberated ex-office workers and the planet.

Many urbanites cannot work in their cramped homes. Some will rent flexible co-working spaces on their local high streets, often with subsidies from their employers. The sandwich sellers, cleaners and fitness trainers who previously serviced workers downtown will now have to travel to these neighbourhoods.

Working from home will blur the 20th-century divide between residential and office districts. The postwar middle-class dream was a big car outside a suburban home. Now it’s multifamily housing and good restaurants in mixed-use neighbourhoods. But to encourage this change, cities need to can old zoning laws that specify single uses for buildings or entire neighbourhoods.

The mother of urbanism, Jane Jacobs, author of The Death and Life of Great American Cities (1961), would have cheered. She argued that every neighbourhood needed multiple uses, partly so that it could function 24 hours a day. She wrote: “On successful city streets, people must appear at different times.” Her own Greenwich Village was the ideal. At any time, there’d be people around: children playing, housewives shopping, office-workers out for lunch, revellers in bars at night.

All those “eyes on the street” reduce crime, explained Jacobs. Mixed-use neighbourhoods also foster trust, because residents get to know each other (even if only by sight) from pavements, coffee shops and markets. “The absence of this trust is a disaster,” she said — and she saw it in business districts and suburbs. “Researchers hunting the secrets of the social structure in a dull gray-area district of Detroit,” she wrote, “came to the unexpected conclusion that there was no social structure.”

Once people spend all day in their home neighbourhoods, they can go within the space of an hour from working to shopping to childcare. This would be “work-life integration” rather than “balance”, in the phrase of Mary Daly, president of the Federal Reserve Bank of San Francisco.

It would feel like living in a village inside a global city, says Elizabeth Farrelly, author of Killing Sydney. Locals could traverse their neighbourhoods by foot or bike, replacing pollution with exercise. Without cars, more roads could be turned into safe-play streets. Parents and children would be granted autonomy from each other.

The new urban catchphrase — coined by Carlos Moreno of the Sorbonne University in Paris — is “the 15-minute city”, where all of life is close to hand and spaces are used nonstop. For instance, Paris and New York are increasingly opening school playgrounds when school is closed. Many spaces will become adaptable: an office by day, a youth club in the evening.

Urbanites are so used to parked cars that we rarely realise how much space they take up. A parking spot (for which drivers pay less than its true value, and sometimes nothing) is devoted to depreciating assets that sit inactive about 98 per cent of the time, notes Ross Douglas, organiser of the Urban Mobility Summit.

Yet that spot has countless alternative uses. Cities could convert it into a parking space for multiple bikes or electric scooters. It could become a ping-pong table, vegetable garden, coffee bar or a micropark that kids could pop out to, with no street to cross. Then people would be using the space for the main purpose of cities: meeting other people.

The electric car isn’t the future for dense cities, says Douglas. He calls electric bicycles “an unbelievably practical solution, completely underestimated”. E-bikes outsold electric cars more than fivefold in Europe in 2019, then took off during the pandemic.

A decent one costs about £700, or about the price of five weeks’ car ownership in the UK, as calculated by LeasePlan Corporation. At a comfortable 15 miles an hour, it can go from many London suburbs to the West End in less than 30 minutes. A cargo e-bike can also carry a child or two and 25kg of freight. Handily, pre-20th-century city streets were built for an approximately bike-sized creature: the horse.

Paris is currently executing an embattled €42bn project to build new metro lines and 68 stations in the suburbs. For perhaps a third of that price, it could give an e-bike to all 12m inhabitants of its metropolitan area, and lend one free to every tourist.

The recent surge in urban deliveries has brought a plague of illegally double-parked trucks. The trucks’ users (often Amazon) rarely pay for the road-space they use. Once most cars are pushed out, cities could rent their remaining parking spots to delivery vehicles, including ever more cargo bikes.

Even before the pandemic, cities had too many shops — a relic of the pre-
internet era. Many are disappearing, especially department stores and nondescript shops on suburban roundabouts. Surviving shops may become showrooms and mini-warehouses, where salespeople aim to acquire long-term customers (and their data), rather than make immediate sales, says Michael Ross of the retail consultancy DynamicAction.

Shopfronts in prestigious places like London’s Oxford Street could be rented out short-term to pop-up tenants, such as retailers launching new collections.

The fading of retail will hurt landlords, city governments (whose tax income will sink) and shop assistants (who could go the way of coal miners). The winners will be residents who can move into former shops. Dying shopping malls could become senior housing with upgraded food courts. Restaurants and bars — quintessential meeting places — have a bright urban future.

The great western cities have become fortresses of the rich. Thomas Dyja’s book New York, New York, New York offers this summary of its recent history: “Forty years that favoured wealth and business.” Even during last year’s mass impoverishment, house prices in 20 US metropolises rose 10 per cent. New York, for all the talk of its supposed abandonment, hit exactly that average.

Many poorer Londoners and New Yorkers spend most of their income on housing. Other people are excluded from big cities and their ideas exchange. As offices and shops turn into housing, prices should fall. The losers will be wealthy, mostly older homeowners.

The home itself is going to change. Where possible, it will include a custom-built office or a communal co-working space. It may get green heating from sources such as the sewage system, as in Oslo. It will have its own built-in parcel drop box, or share a communal one.

To combat Covid-19 (which will probably become endemic, albeit less lethal), flu and common colds, the new home may feature a decorative sanitiser dispenser by the front door. Balconies and outdoor spaces will be non-negotiable essentials, says architect David Adjaye.

In one swoop, an unused space can foster community and health, reduce loneliness, produce food, throw shade and save on air conditioning. Denver has more than 180 community gardens. But their creation cannot be ordained top-down, says Litt. Local people must be involved, for a commitment lasting many years.

Green spaces can take many different forms. Homes might be covered in wall plants. Urban farms proliferate in Philadelphia and Detroit. Paris is planning “urban forests” on stone or concrete sites such as the forecourt of its town hall. But even a single flowering tree on the street can give residents joy, says Litt. 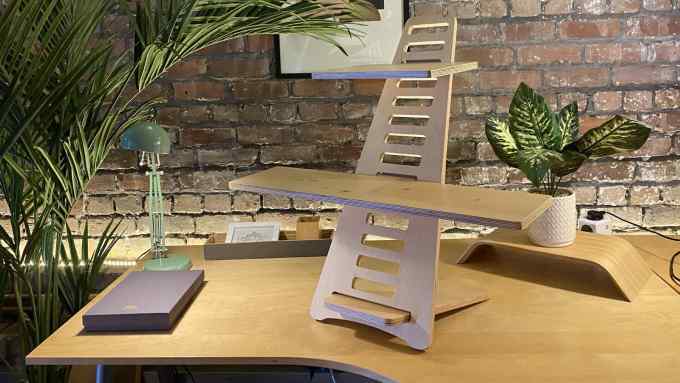