We’ll send you a myFT Daily Digest email rounding up the latest Environment news every morning.

It looks like a mosaic with mostly purple and red tiles at the top graduating to yellow and green at the bottom. But the chart Beatriz Cárdenas is poring over is not a piece of modern art, it is a piece of modern history, illustrating one of Mexico’s biggest success stories in the past two decades: how one of the world’s most congested cities has made its air cleaner to breathe.

“This is proof public policies have worked,” says Ms Cárdenas, who holds a doctorate in environmental engineering and is director-general of air quality management at Mexico City’s environment ministry.

The chart shows concentration of ozone — triggered in the atmosphere in large part because of vehicle emissions. Purple is “extremely bad”; green is “good”. In 1991, there was more purple than anything else. The last time Mexico City registered a purple was a Monday in March 2016, a year when air quality was considered so dreadful that the capital’s government drastically toughened the threshold for triggering air quality emergencies and forced even new cars off the roads one day a week in a bid to rein in emissions.

“We assume that an air quality emergency in the 1990s was the same as now, but it isn’t,” says Antonio Mediavilla, project co-ordinator at the Centro Mario Molina, a leading environmental think-tank in Mexico City named after its founder, a Mexican chemist who shared the Nobel Prize in 1995 for identifying the role of chlorofluorocarbons on the ozone layer. “Air quality has improved significantly since the 1990s . . . but it’s still not ideal.”

Mexico City is among a growing number of conurbations worldwide where policymakers are struggling to balance the growth in demand for carbon-fuelled vehicles with the health problems their emissions cause.

Electric car charging docks have begun appearing in some neighbourhoods, but there is little prospect of a wholesale switch to non-polluting vehicles or mass transit systems any time soon in the capital of one of the world’s biggest carmakers.

But that does not mean giving up on trying to improve air quality.

Officials say a ban on polluting vehicles driving on certain days has helped, and new regulations on emissions standards for heavy goods vehicles, passed this year, will come into force in 2021. This will be a “big, big, big game changer”, says Kate Blumberg, who focuses on Mexico and developing city strategies at the International Council for Clean Transportation.

“These standards for trucks are 99.9 per cent cleaner for some kinds of pollutants which are very, very dangerous. This is really going to help dramatically to clean up air quality,” she says.

The changes will put regulation of emissions for trucks and buses on a par with the so-called US 2010 and Euro VI rules in force in the rest of North America, as well as in the EU, Japan, South Korea Turkey and India. Mexico, however, will still lag 13 years behind the US in enforcing them by the time the stringent new standards fully take effect, Ms Blumberg notes.

Mexico is a major vehicle manufacturer and the industry lobby has ensured that vehicles that do not meet stricter US or EU standards can still be sold in Mexico, “condemning us to have a 10-15 year lag, permanently”, says Mr Mediavilla, who holds a doctorate in integrated assessment and air quality management.

What is frustrating to campaigners is that air quality could be cleaned up much further, for the paltry sum of $25 per vehicle.

Emissions technology — so-called after-treatment systems that clean up emissions before they are released into the air — costs only $25 per car to install on the factory floor to get up to EU levels, and about $50 to equal US levels, Ms Blumberg says.

Nevertheless, Mexico City this month reintroduced emissions testing with better equipment and video monitoring to prevent graft. Although roadworthiness tests are not mandatory, the emissions testing centres will now also check cars’ alignment, suspension and brakes, as vehicles in poor condition can use about 30 per cent more fuel, Ms Cárdenas says.

Mr Mediavilla says more could still be done, including ensuring that catalytic converters work properly. But perhaps the biggest public policy challenge is how to make people actually want to use often dilapidated public transport when a car is considered a status symbol.

“The solution cannot just be cars that contaminate less when it can take you two hours to drive 20km,” he sighs.

Explore the rest of our stories on Citizens and Consumers

Get alerts on Environment when a new story is published 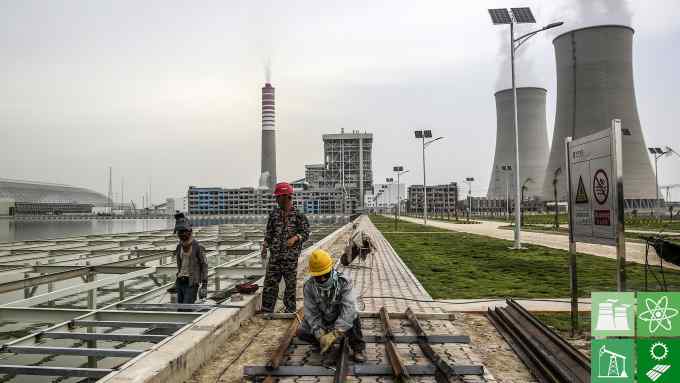