HSBC has suspended a senior executive pending an internal investigation into a presentation he made at an event last week, according to people with knowledge of the process.

Stuart Kirk, who is global head of responsible investing at the bank’s asset management division, accused central bankers and policymakers of overstating the financial risks of climate change in an attempt to “out-hyperbole the next guy”.

Over the weekend, chief executive Noel Quinn and Nuno Matos, head of HSBC’s wealth and personal banking business, sought to distance themselves from the comments in social media posts.

While the bank and its senior executives have criticised the speech made at a Financial Times conference, its theme and content had been agreed internally before Kirk spoke on Thursday, according to people with knowledge of the event’s planning.

The title of the presentation — “Why investors need not worry about climate risk” — had been agreed two months earlier and publicised on the website in the run-up to the event.

“I do not agree — at all — with the remarks made at [this] week’s FT Moral Money Summit,” said Quinn on LinkedIn this weekend. “They are inconsistent with HSBC’s strategy and do not reflect the views of the senior leadership of HSBC or HSBC Asset Management.”

He added: “We have a lot of work to do, and I am determined that our team won’t be distracted by last week’s comments.”

Matos, whose division includes the asset management business, said: “In complete agreement with Noel Quinn — the transition to net zero is of upmost [sic] importance to us and we will strive for ways to help our clients on this journey.”

HSBC has come under pressure in recent years from campaigners and shareholders for its role in financing companies with substantial greenhouse gas emissions.

Kirk’s comments on climate change — which drew anger from environmentalists — were especially embarrassing for the bank as it sponsored the conference and was promoted on the event’s website as a strategic partner.

HSBC declined to comment, while Kirk — a former FT journalist — did not respond by the time of publication.

During the speech, Kirk said that throughout his 25-year career in the finance industry “there was always some nut job telling me about the end of the world”, likening the climate crisis to the Y2K bug that predicted a widespread computer glitch at the turn of the millennium. 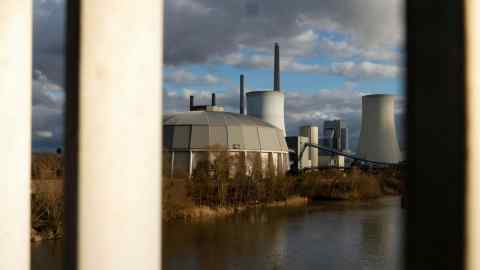 Last month, the FT revealed that the Advertising Standards Authority, the UK watchdog, had drafted a recommendation that it deemed HSBC had misled customers in two adverts by selectively promoting its green initiatives while omitting information about its financing of companies with substantial greenhouse gas emissions.

A year ago, the bank was pressed on its climate commitments by a group of investors, but headed off a shareholder revolt at its annual meeting by strengthening its plans in line with international agreements to limit global warming.

However, the speed at which HSBC and other lenders have pledged to act, particularly on financing for coal power and mining, has disappointed some activists and ESG funds, who have pushed for greater change.