The international mystery of the 'Hum'

Turn off your email alerts and settle into the weekend. We explore today's culture, big ideas, nuanced questions and what it means to live a good life. Join our host Lilah Raptopoulos every Saturday for inspiring conversations, in-depth storytelling, a bit of escapism and a lot of fun. Brought to you by the award-winning Life &amp; Arts journalists at the Financial Times. 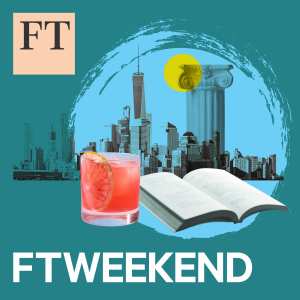 Russia has invaded Ukraine. We begin this episode with a visit from FT Weekend editor Alec Russell, a week after he joined us to discuss his years covering the fall of communism in eastern Europe. How can we make sense of this? Then, we go searching for the Hum, a mysterious noise that has plagued the residents of Halifax, West Yorkshire. It’s an uncomfortable, low-frequency sound that has also been heard in towns across the world, from New Mexico to Ontario to Scotland. The FT's Imogen West-Knights tells us that it's mostly heard by middle-aged women. So is it a real noise, an imaginary illness, or both?

Special offers for Weekend listeners, from 50% off a digital subscription to a $1/£1/€1 trial are here: http://ft.com.ezp-prod1.hul.harvard.edu/weekendpodcast

Want to say hi? We love hearing from you. Email us at ftweekendpodcast@ft.com. We are on Twitter @ftweekendpod, and Lilah is on Instagram and Twitter @lilahrap.

The first US FT Weekend Festival is on Saturday, May 7 in Washington, DC. To attend virtually or in person, buy tickets at http://ft.weekendfestival.com – use the discount code FTFriends2022 for 10% off.

–Imogen West Knights on the mystery of the hum: https://on-ft-com.ezp-prod1.hul.harvard.edu/3pe43ve

–The FT’s key coverage on the war in Ukraine is free to read: http://ft.com.ezp-prod1.hul.harvard.edu/freetoread

– Here’s the piece Alec mentioned, ‘The road to war: how Putin wrote the requiem for peace’, by Mary Sarotte: https://on-ft-com.ezp-prod1.hul.harvard.edu/3HqSO8F